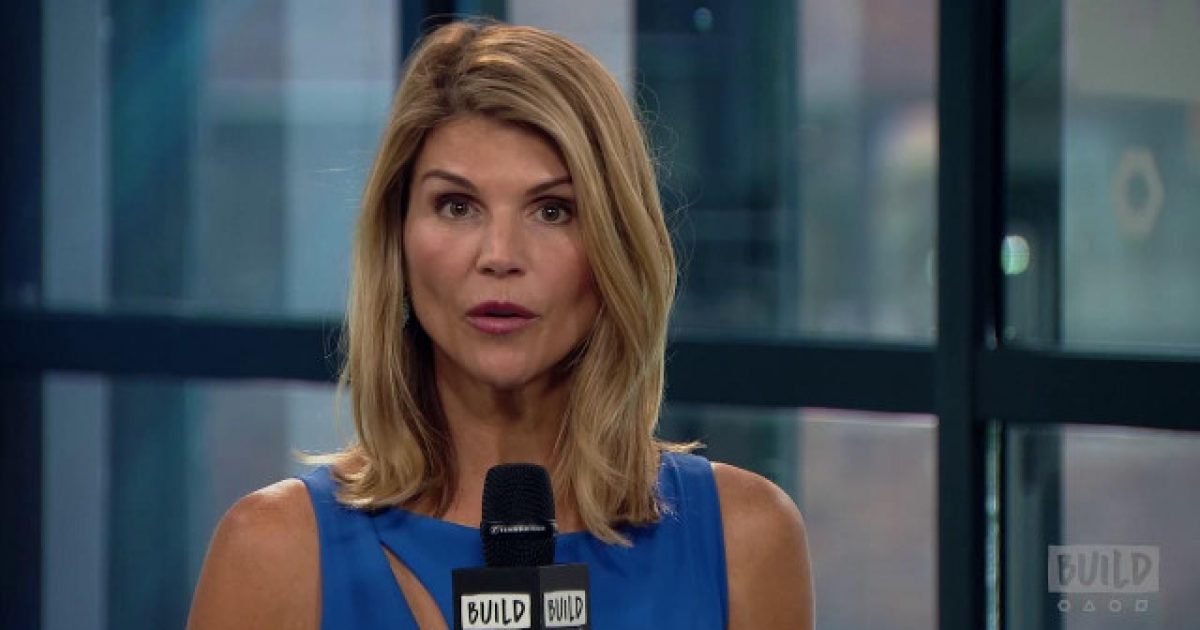 Actress Lori Loughlin, most famous for her role as Aunt Becky on “Full House,” was offered a plea deal in the whole college admissions bribery scandal, but she turned it down believing the district attorney was just “bluffing” about receiving jail time.

Sources close to the actress are saying that now she’s “freaking out” about the prospect of spending time behind bars.

Probably shouldn’t laugh about this, but it’s kind of funny, right?

On Tuesday, Loughlin and Giannulli learned that along with charges of conspiracy to commit mail fraud and honest services mail fraud, they were also being charged with conspiring to commit fraud and money laundering. Altogether, the couple now faces up to 40 years in prison, E! notes.

“For awhile, as she rattled around the 12,000-square-foot spread they first snapped up for nearly $14 million in 2015, Lori was able to keep the worst of the ‘what ifs’ at bay,” the outlet reports. “Firm in her beliefs that surely she wouldn’t see the inside of a prison cell, a source tells E! News, she neglected to join the 13 parents (including fellow actress Felicity Huffman) and one university athletic coach who agreed to plead guilty to the charges of mail fraud and honest services mail fraud.”

“She has been in complete denial and thought maybe she could skate by,” the source told the outlet. “She refused to accept any jail time and thought the DA was bluffing. She was adamant she wouldn’t do any jail time.”

“Desperate Housewives” actress Felicity Huffman took the plea deal and issued a nice, juicy apology for her actions, a path that Loughlin should’ve taken, but underestimated the weightiness of the situation she’s currently stewing in.

This is a prime example of the mindset in Hollywood, where it seems those who are in the entertainment industry fully believe that their reputations and loads of cash can solve any problem and get them anything they want.

Those involved in this scandal are learning the hard way that’s far from the truth, even in the middle of a cesspool of corruption like Hollywood.

As the Good Book clearly states, what’s done in the dark will be brought to the light. There’s no such thing as getting away with murder. All of the sins and crimes committed in this life will be called to account either on earth or in heaven before a holy God. Sometimes both.

Too bad Loughlin didn’t think about this sort of thing before she choose an immoral path and basically ruined her daughter’s life.