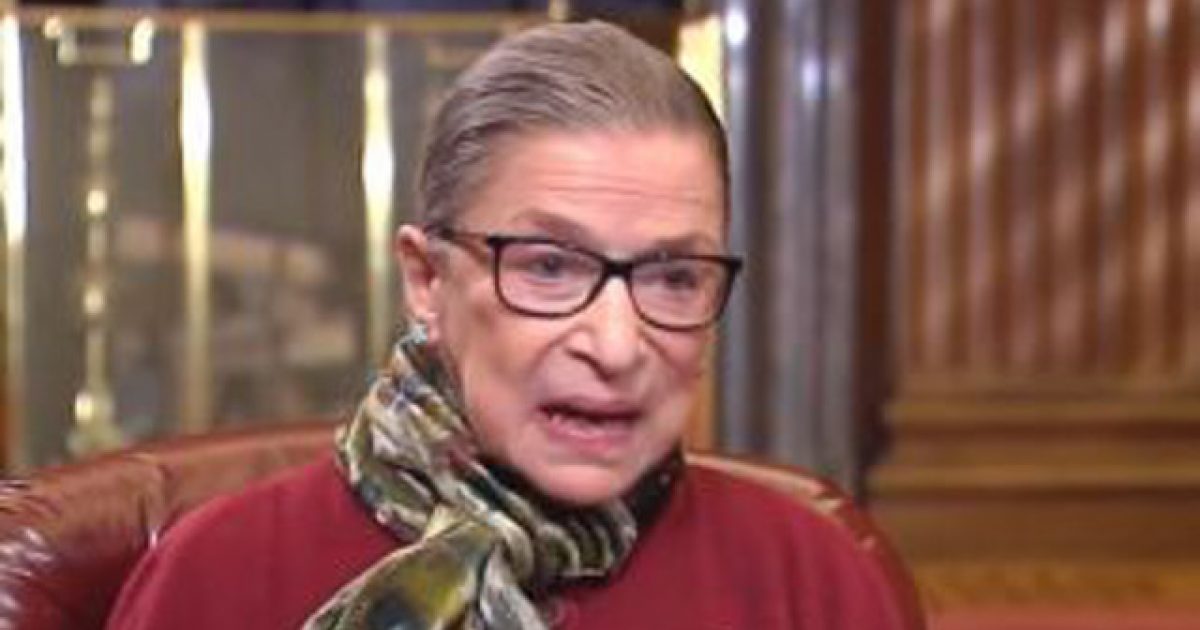 Supreme Court Justice Ruth Bader Ginsburg has been sitting on the bench of the land’s highest court for 25 years and has had several fairly serious health complications, she fully plans to stick around and see President Trump’s presidency through to the end.

However, a new report from Axios is telling a different story. It says that Trump is fully expecting Ginsburg to step down from the Supreme Court while he’s in office and already has an idea of who he wants to replace her with.

During deliberations last year over who would replace Anthony Kennedy on the Supreme Court, Trump told confidants he is “saving” Judge Amy Coney Barrett, who sits on the 7th Circuit Court of Appeals, to replace Ginsburg whenever she finally departs the high court.

Washington insiders knew Trump was seriously considering Barrett for the position for her conservative prowess and overall respect as jurist. Barrett is also a strong Catholic who has voiced willingness to overturn Roe v. Wade. Trump eventually chose Brett Kavanaugh, a more moderate judge, to replace Kennedy, who himself was considered the court’s “swing vote.”

The report goes on to say that one of the reasons that Trump chose to nominate Kavanaugh over Barrett last year was because he wasn’t sure that moderate GOP senators like Susan Collins and Lisa Murkowski would back her due to her desire to overturn Roe v. Wade.

The sources that spoke with Axios said that the judicial selection process is very “fluid” with the president, meaning it changes back and forth a lot, therefore Barrett isn’t guaranteed to find herself sitting on the Supreme Court.