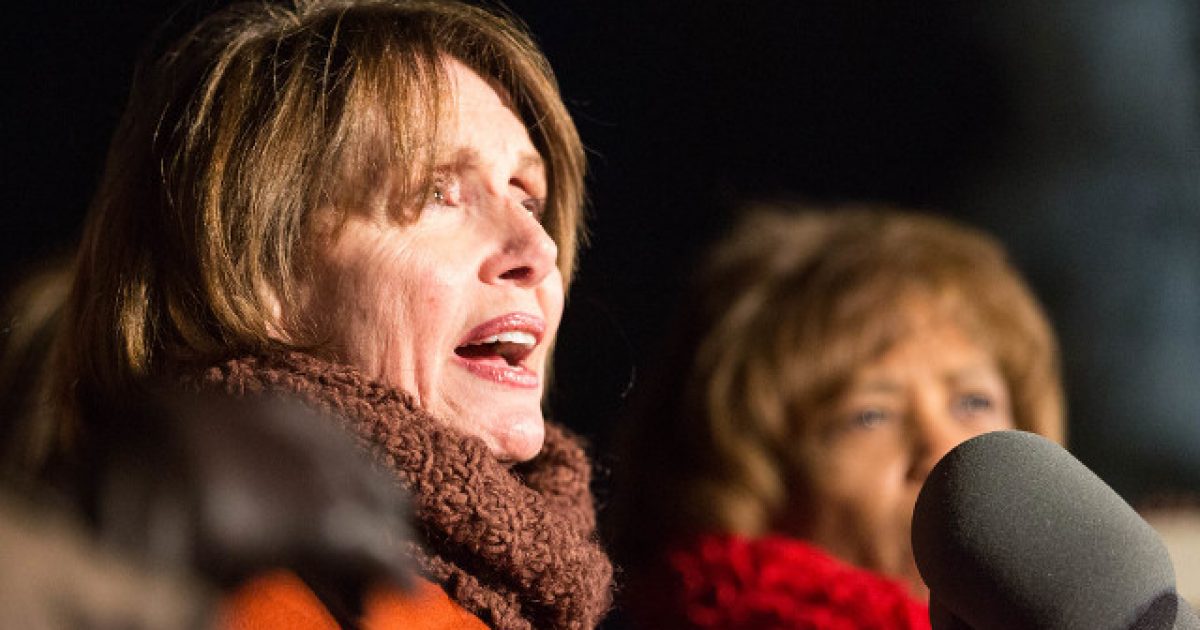 Once again Speaker of the House Nancy Pelosi took an opportunity to launch an all out verbal assault against the supposed “future of the Democratic Party,” Rep. Alexandria Ocasio-Cortez, downplaying her victory in her New York district, claiming a “glass of water with a D next to it” could’ve won.

The feud between these two is starting to brutal. Does this signal that the Democrats have recognized that AOC is a nincompoop and are going to work against her come re-election time?

We can hope, right?

“When we won this election, it wasn’t in districts like mine or Alexandria’s,” Pelosi said. “[S]he’s a wonderful member of Congress as I think all of our colleagues will attest. But those are districts that are solidly Democratic.”

To drive the point home she picked up a water glass next to her and said: “This glass of water would win with a ‘D’ next to its name in those districts.”

Pelosi, who is traveling in Europe with a congressional delegation this week, made the comments during an appearance before the London School of Economics and Political Science.

House Speaker Nancy Pelosi takes another shot at socialist Rep. Alexandria Ocasio-Cortez (D-NY), says a “glass of water” with a “D” next to it “would win” in Ocasio-Cortez's district. pic.twitter.com/sPbhEUTeir

Pelosi can try and cushion the blows she delivers with those faux compliments, but she’s repeatedly thrown AOC under the bus over the last several months, particularly since the whole Green New Deal debacle, which has no doubt done significant damage to the Democratic Party during what is sure to be a pivotal election cycle for them with President Trump coming up for re-election.

AOC has proven to be nothing more than a gaffe machine ever since she took office earlier this year, which has worked out beautifully for the Republican Party. With her constantly generating negative headlines for all of the idiotic, juvenile things she says and for the even worse socialistic ideas she spews whenever given a chance, it’s really reinvigorated the right and pushed quite a few folks on the fence solidly over to the conservative side.

It’s always a blast watching the left devour itself, isn’t it?