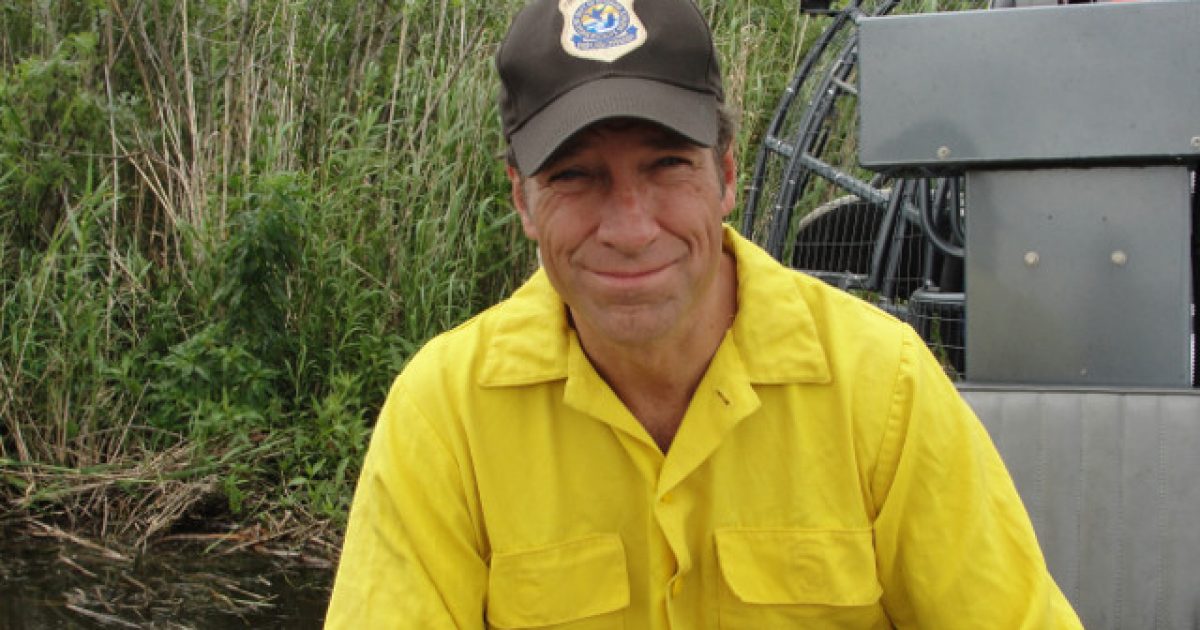 One of conservative America’s favorite people, Mike Rowe, the wise sage representing the blue collar folks of the country, recently made an appearance on Tucker Carlson’s Fox News program where he weighed in on the whole college admissions scandal, and ended up dropping a massive two-ton truth bomb that every young person about to graduate high school needs to hear.

That, ladies and gentlemen, might just be the longest sentence ever composed for this website. You’re welcome.

Carlson kicked things off by asking Rowe for his thoughts about the scandals. Here’s how he replied:

I’m outraged; everybody’s outraged, but you step back and you look at it, I think it’s fair to say, what is most outrageous? What are we really angry about? Cheaters are bad; cheaters are bad because when people cheat, people who don’t cheat get taken advantage of and that’s just fundamentally not fair. We all get that; but rich cheaters seem to really upset us especially, and I think part of what’s crystallized the outrage around this story is that the people who most egregiously cheated had an awful lot of money. And for my money, as I step back to look at it, I was like, well, yeah, that is kind of disgusting, but where is the outrage for the cost of college in general? You don’t have to be rich or famous to believe that your kid is doomed to fail if they don’t get a four-year degree. There are millions of parents in the country right now, millions, who genuinely feel that if they don’t do everything they can to get their kid into a good school they will fail the kid.

So where’s the outrage for the pressure that we put on a seventeen-year-old to borrow $100,000? So much of that pressure comes from their mom and dad; it’s well-intended, but it’s kind of tragic. And where’s the outrage for the guidance counselors, who continually say the best path for the most people just happens to be the most expensive. And the politicians and the lobbyists who exacerbate the same myth and the employers who still insist on only interviewing people with a four-year degree. We set the table in a pretty self-evident way, and when we scratch our heads … you’re exactly right: the cost of tuition is increasing faster than inflation but also faster than health care, faster than real estate, faster than food, faster than energy. Never before in the history of Western Civilization has anything so potentially important become so egregiously expensive. So, college is expensive because we’ve freed up an unlimited pile of free money and told an entire generation they were doomed to fail if they didn’t borrow it, and that’s happened in every single tax bracket, not just the top one.

When asked why folks won’t just come out and admit this system is a huge scam, Rowe said, “I think because we’re stuck in this perpetual binary box. It’s this or that. Right, it’s blue-collar or white color, good job or bad job. Higher education or higher alternative education. And when you only have two choices or when you think you only have two choices, you do one thing at the expense of the other. So for instance, I know we have talked about this before, but it just seems so clear now. When four-year degreed universities needed a p.r. campaign 40 years ago, they got one. But the p.r. came at the expense of all of other forms of education. So it wasn’t just, “Hey, Tucker go get your liberal arts degree because it will give you a broad-based of appreciation for the humanities.” It was, “If you don’t go get that degree, you’re going to wind up over here turning a ranch or running a welding torch or doing some kind of vocational consolation prize.” We promoted the one thing at the expense of all of the others. And that one thing just happened to be the most expensive thing.”

Rowe wrapped up the segment by stating, “And so, look, I don’t think the skills gap is a mystery. I think it’s a reflection of what we value. Seven million jobs are available now; most of them don’t require a four-year-degree. They require training. And yet we’re obsessed, not really with education, you know. What we are obsessed with is credentialing. And so people are buying diplomas. And they’re buying their degrees. It’s a diploma dilemma, honestly. It’s expensive. It is getting worse. It’s not just the kids holding the note. It is us.”

Rowe couldn’t be more spot on here. The whole idea that a college degree is necessary in order to have a good life and a good job is a bogus myth. In fact, the vast majority of individuals graduating from college get worthless degrees that are useless in landing an actual job.

Young people today are far better off to enter trade school and learn something useful that they can turn into a career making decent money. Sure, it might be harder work than chilling in an office, but what it all comes down to is whether or not a person thinks they’re too good for jobs that require manual labor.

Many of these blue collar jobs actually pay better than white collar ones and provide more stability in the long run, yet they get ignored. What other reason for this could there be than laziness? A desire to make big bucks without doing any work is what is killing this country.