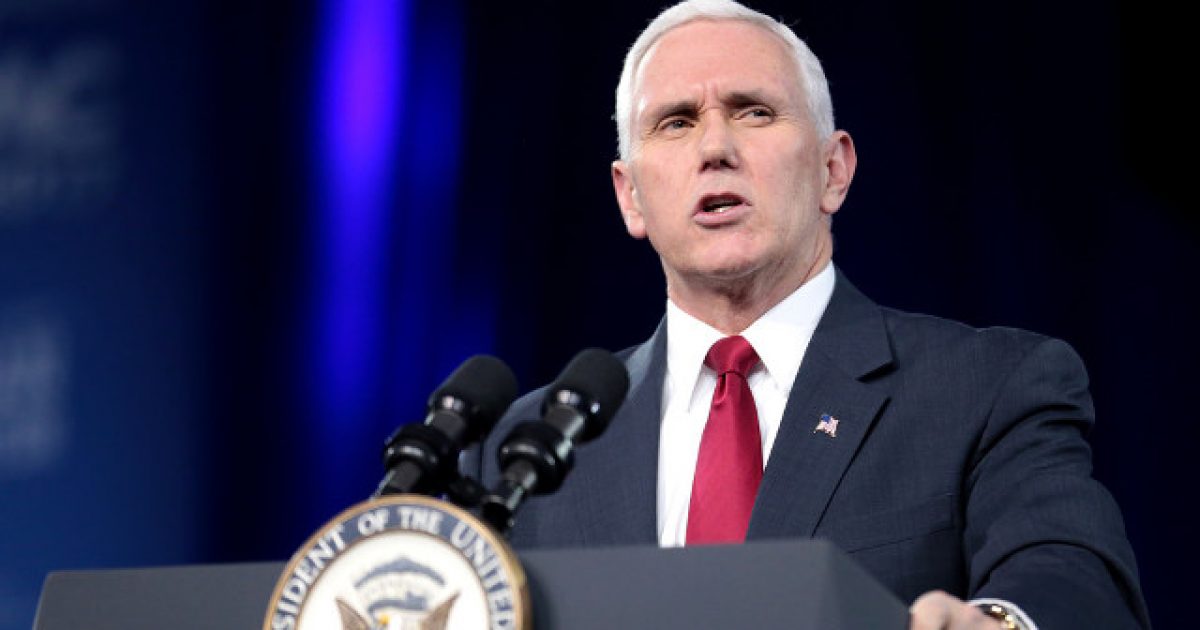 Vice President Mike Pence recently took Venezuela’s U.N. ambassador to the woodshed, delivering a one-two knock out punch by just uttering one sentence. Oh and that’s not all. He also called for Venezuelan dictator Nicolas Maduro to resign from his post.

This will make you love our vice president all the more.

“With all due respect, Mr. Ambassador, you shouldn’t be here,” he said, looking directly at the representative, Samuel Moncada, who was in the room. “You should return to Venezuela and tell Nicolas Maduro that his time is up. It’s time for him to go.”

“Now it’s time for the United Nations to act, and for the world to stand with the people of Venezuela as they march for freedom,” Pence said.

He also announced the U.S. will be providing nearly $61 million in humanitarian assistance, in addition to the $213 million the State Department says it has already provided to Venezuelan refugees living in nearby countries — as well as $43 million in development and economic assistance.

Pence is taking a bold stance against the evil of socialism that has wreaked havoc on the good people of Venezuela, leaving them without adequate food, clean water, medical care, and other basic necessities that we all take for granted here in the good ole capitalistic United States of America.

Our country is supposed to be a city on a hill, a beacon of hope that shows the rest of the world how to live free. This is why it’s important for our leaders to address what’s going on in Venezuela, as well as zealously defending our liberty here against socialism as folks like Bernie Sanders and Alexandria Ocasio-Cortez attempt to implement this system from within our own government.

It’s more important than ever for citizens to learn history and dig deeper into economic theory and systems so that we can protect the freedom we enjoy on a daily basis.