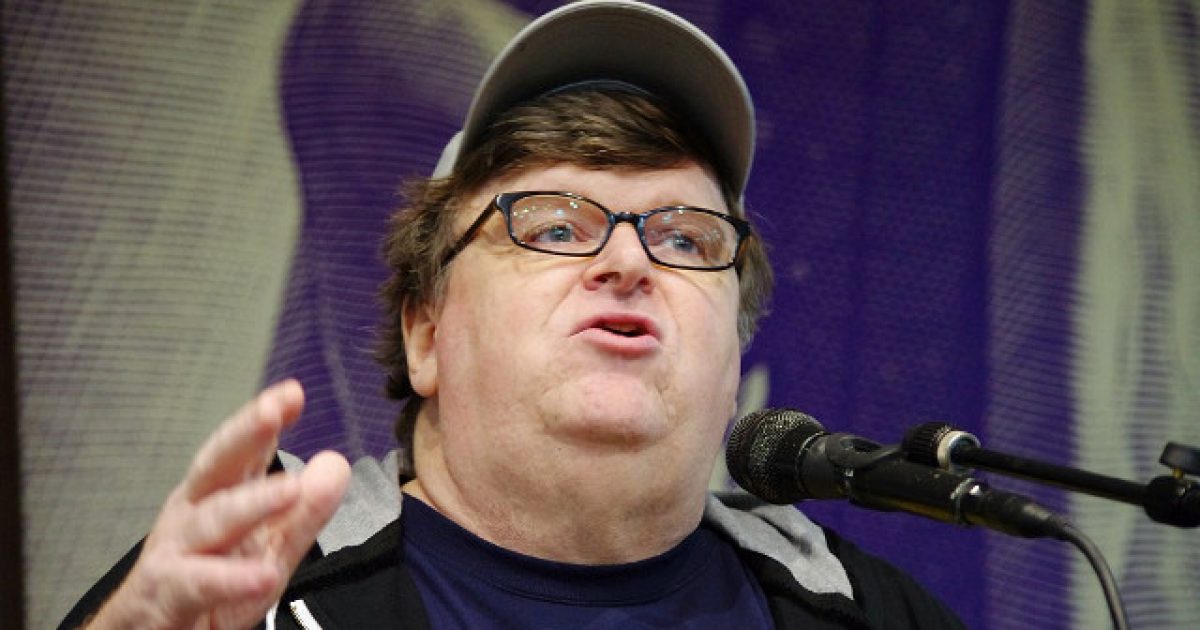 Speaker of the House Nancy Pelosi has been tossing jabs at Rep. Alexandria Ocasio-Cortez for weeks now, pretty much ever since the Democratic socialist dropped the atrocious Green New Deal, a document that essentially calls for an obscene amount of money and government intervention to help redistribute wealth and supposedly protect the planet from stuff like cow farts.

Well, it seems liberal filmmaker Michael Moore is none too happy with Pelosi’s attacks, saying her “time is over.”

You know, this Democratic Party in-fighting is quite delicious, though, isn’t it? They’re imploding before our very eyes. What a privilege to behold the sight.

He responded to a video of Pelosi diminishing the power of the progressives in her party and mocking them for being a small group.

White people. Nobody likes giving up power. And they never see the writing on the wall. The new day arrives and no one has the heart to tell them they and their old tired privileged ways are over. https://t.co/jAGjzEjLgp

Moore posted another tweet from Time editor-at-large Anand Giridharadas who denounced Pelosi for minimizing Ocasio-Cortez, “and other women of color who won extraordinary victories.”

Pelosi went on to lob other insults at Ocasio-Cortez and the progressive caucus, at one point saying that they have power on Twitter, but she has the power of votes on the floor of Congress.

Pelosi recently dropped an insult on AOC about her congressional district being an easy victory due to the fact it’s deeply left-leaning, noting that a “glass of water with a D next to it” could win in such a district.

The fact that Moore made this comment about “white people,” and seems to have forgotten the color of his own skin, is absolutely hilarious. He’s acting as if he’s somehow transcended his race and is now able to make comments about ignorant white folk, while being a member of the very club he’s insulting.

Wonder if that means he’ll step out of the way and let minority filmmakers and documentarians have their time to shine in his industry? Will he put his money where his mouth is? Probably not. These kind of folks never do.

They’d rather make money by keeping us all divided along racial lines than as to find someway to connect us all. It’s tragic on so many levels.