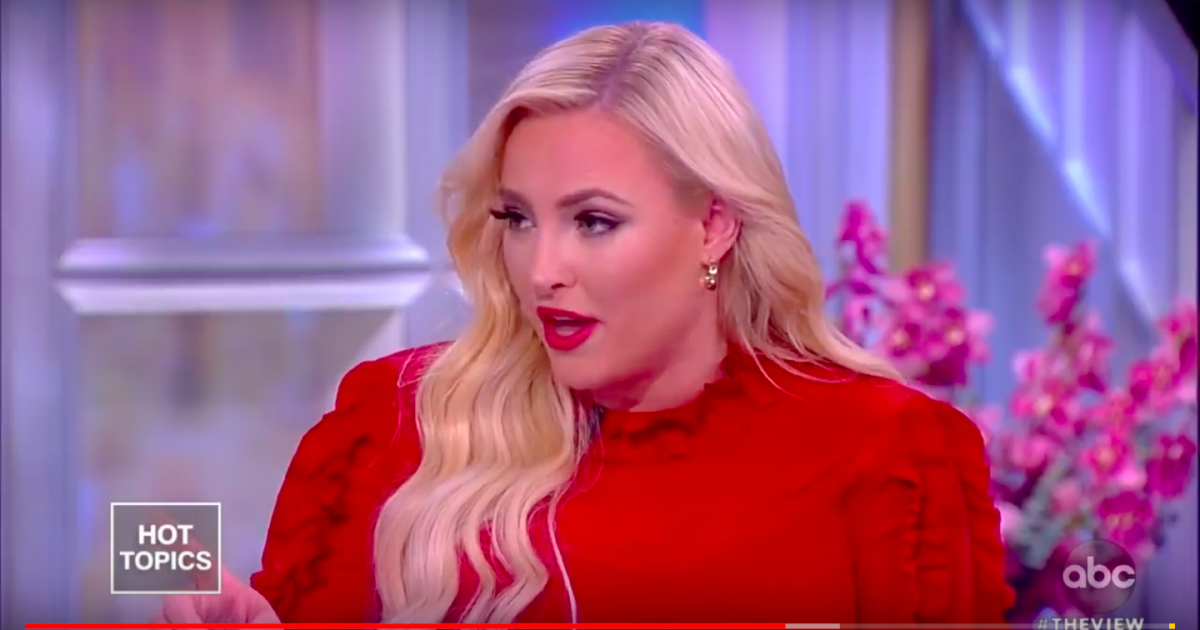 Meghan McCain and Joy Behar got into a feisty discussion on a recent edition of “The View” over the topic of illegal immigration and one particular bit of snark thrown out there by McCain actually left the crowd in a stunned silence.

“He ran meat and potatoes on the economy and immigration,” McCain said of President Donald Trump, “he has not fulfilled some of the promises he has made.”

Behar went on to say that America needs to give some kind of aid to some of the Latin American countries so they can beef up security there and deter folks from wanting to come north.

“Keep them there happy. Give them a house, give them food, help them, help their children…” she said.

McCain interrupted her saying, “Give a Nicaraguan a house? Well, we’ve had a bunch of liberal guests who do not want to send in aid at all…”

“Hold on, I’ve listened to you, just let me finish,” Behar snapped.

“Yeah, well, part of your job is to listen to me!” McCain laughed dismissively.

As you might imagine, Behar didn’t look too happy with the remark.

At this point, Whoopi Goldberg decided some mediation was needed, so she took over the conversation and steered it away from all of the tension between McCain and Behar. Probably a wise decision, though it would be hilarious to see these two do some more verbal sparring.