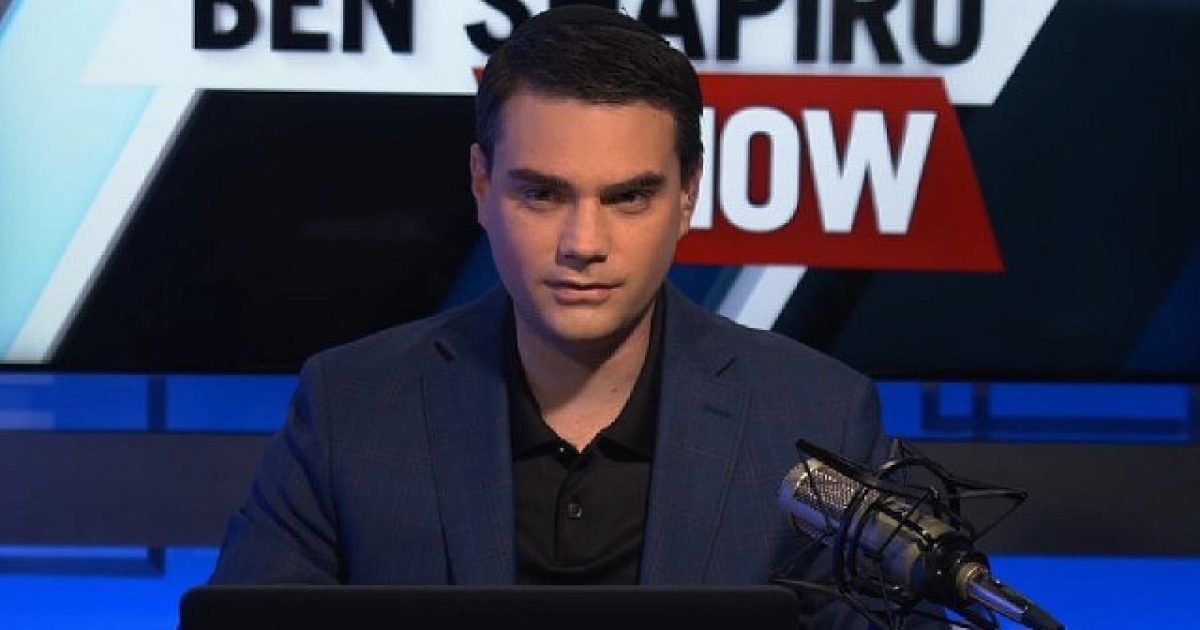 The Washington Post decided to allow Talia Lavin, who is a “guest instructor” at New York University in their journalism program, to smear Daily Wire Editor-in-Chief Ben Shapiro, accusing him of allegedly stoking racial flames against Muslims after the tragic fire destroyed much of the iconic Notre Dame Cathedral in Paris.

Daily Wire’s Emily Zanotti initially reported the following about the smear from WaPo:

Lavin, a “guest instructor” for New York University’s journalism program, made her ridiculous claims in the storied Washington Post, which published her op-ed entitled, “How the far right spread politically convenient lies about the Notre Dame fire.” In it, she alleges, without regard to the political position of the commentator or the real meaning of their words, that just as the first flames were licking the roof of Notre Dame, conservative writers set about to pushing conspiracy theories on how the fire started, apparently in the hopes of inciting violence against Muslims.

It’s not immediately clear how Lavin came to her conclusions … but she does know, it seems, that writers and commentators share an affinity for “dark conclusions,” and that Ben Shapiro, whom she refers to as a “fast-talking far-right pundit,” is among the leaders of the movement.

Shapiro, she claims, blew a dog-whistle for anti-Muslim violence when he commented that Notre Dame was a “monument to Western civilization” and “Judeo-Christian heritage.” To drive her point home, she juxtaposed Shapiro with Richard Spencer, perhaps the best known American neo-Nazi, as if Shapiro had anything to do with Spencer, whom Shapiro has repeatedly and vociferously condemned.

It truly doesn’t get any dumber than comparing Ben Shapiro to Richard Spencer, as the latter is a notorious neo-Nazi who hates Jews, while the former is, well, a Jew. Could you get any more tone deaf and clueless than this comparison?

This, from @chick_in_kiev, in The Washington Post, is the sheerest form of disgusting bulls***. I blamed no one for the Notre Dame fire, since it was an accident by all available evidence, and imputing malicious intent to me is simply gross. https://t.co/e5gvQqQc2G pic.twitter.com/T98E2JWJXe

This one smear apparently wasn’t enough for the radical left because then pro-Clinton activist group media matters decided to get in on the action, and boy did they really show their true colors on this one.

Fuck you and the burro you rode in on

I very much look forward to the media continuing to quote this garbage smear organization as a "media watchdog" in every "objective" news article. pic.twitter.com/sbbRzGJWFH

This is the kind of garbage tactic the left is resorting to these days because their worldview has been exposed for the nonsense it is and the facts that exist out in the real world don’t even come close to supporting their principles.

In other words, the vast majority of the world has become aware that Democrats and liberals in general are pretty much insane, and rather than trying to follow some semblance of logic to help dispel such a thought, they have seemingly embraced their own mental instability and are going full stupid instead.

It’s incredibly off putting for an organization like Media Matters, that is supposed to be “professional” to behave like a belligerent teenager. Perhaps one day they’ll grow up and move out of mom’s basement and get a real girlfriend?