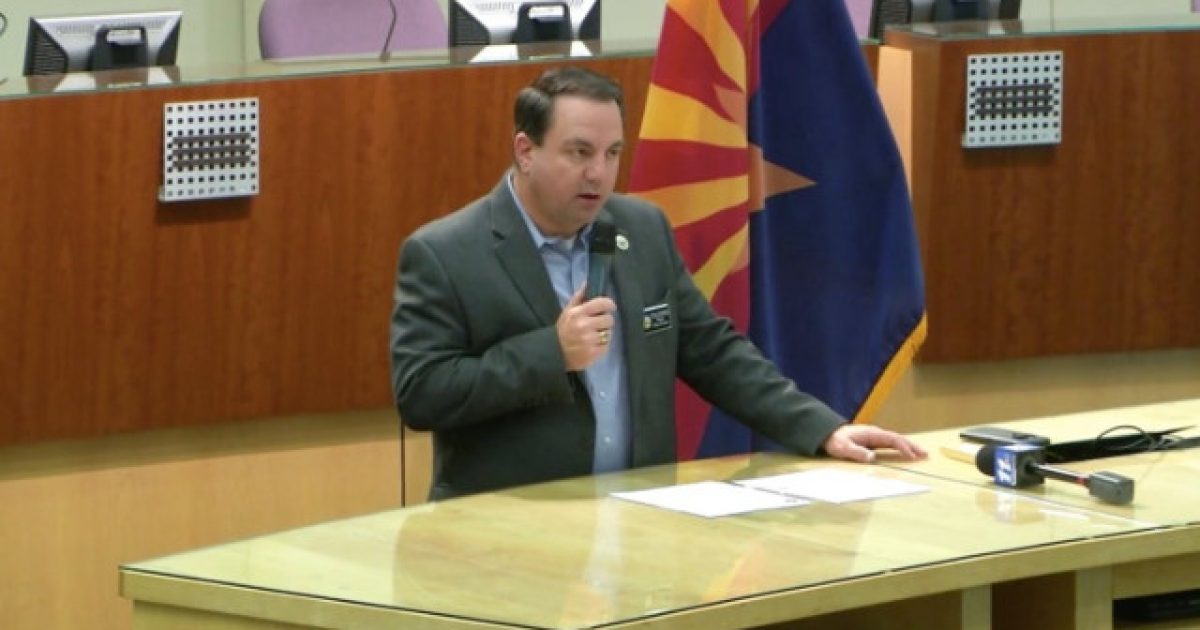 Mayor Doug Nicholls of Yuma, Arizona has declared a state of emergency for his town due to the “imminent threat” posed by a mass release of migrants into the border city.

According to the report, Yuma does not have all of the necessary resources to handle the influx of immigrants set to be unleashed on their city. This is precisely why we need to have strict border security and a much better system for dealing with folks trying to enter into the country.

So how many migrants are they looking to have over the next three weeks? Try about 1,300.

“Today is a day that we had talked about three weeks ago, hoping never to get to,” Nicholls said.

“Throughout the country we are in a position that needs to be rectified on a national level, not just within the resources of our Yuma community, to avert the threat of hundreds of people roaming the streets looking to satisfy basic human needs in our community and not having the resources to do so and the reaction of the citizens of Yuma looking to protect their property and way of life,” he continued.

The same day that Nicholls announced the proclamation, he received a call from Border patrol officials who alerted him that CBP would release 120 additional migrants into the city the same day.

The reason Yuma has declared the state of emergency is because they’re hoping to gain national attention for what’s happening down at the border and specifically to their town. There are many cities and towns along the southern border facing the same kind of crisis and something needs to be done at the national level in order to bring this to an end.

As Americans, we all love to have folks from all over the world join us in the great experiment that is liberty and free enterprise. However, there needs to be laws and rules that govern such a system, and when those laws and rules are broken, stiff penalties and consequences must be meted out in order to be taken seriously.

We need the border wall and the freedom to actually enforce the immigration laws we have on the books, in order to curb such crises from happening again.

Now we wait and see what the Trump administration will do to make this happen.