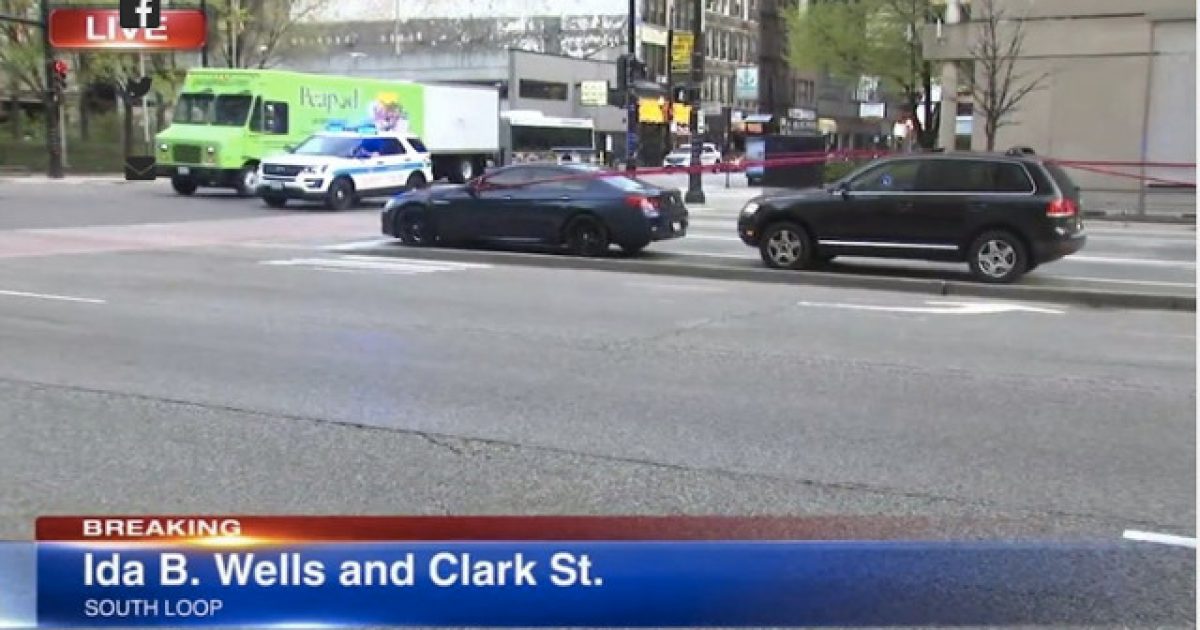 A 22-year-old carjacker in Chicago learned the hard way early Friday morning that the price of crime is a costly one after his choice of victim turned out to be a concealed carry holder.

The man was allegedly shot to death during the carjacking in downtown Chicago.

A 41-year-old man told police he was in his 2015 BMW when a 2019 Volkswagen rear ended him about 3:15 a.m. in the first block of Ida B. Wells Drive, WFLD-TV reported, which is in an area known as the “Loop” — Chicago’s financial and governmental hub.

The BMW driver exited his car to inspect damage, and when he went back to retrieve his cellphone, WLS said the Volkswagen driver came at him with a handgun, demanded his keys, and pushed him into the vehicle.

Both men were inside the BMW when police said the 41-year-old — a licensed concealed carry holder — got his own handgun and shot the 22-year-old in the head, WLS reported.

The 22-year-old was taken to a hospital and later died, WLS said, adding that authorities haven’t released his identity.

Police are questioning the 41-year-old man, WLS noted, adding in its video report that “police are calling it a homicide investigation; they have not labelled it a carjacking” but authorities are still looking at evidence and the BMW driver’s statements.

A homicide investigation? Makes you wonder why they’re calling it that. Is there some evidence that exists that points to the shooter’s story not being true? If so, what is it and why hasn’t that aspect of the case yet been revealed?

Or is this just an attempt to cover up the fact that a concealed carry holder stopped a bad guy? Something is definitely fishy about this particular case.

If this was a murder and there’s plenty of evidence to prove that, then hopefully the individual responsible will be held accountable for his actions.

If not, then the shooter should be exonerated. Guess we’ll find out soon enough.