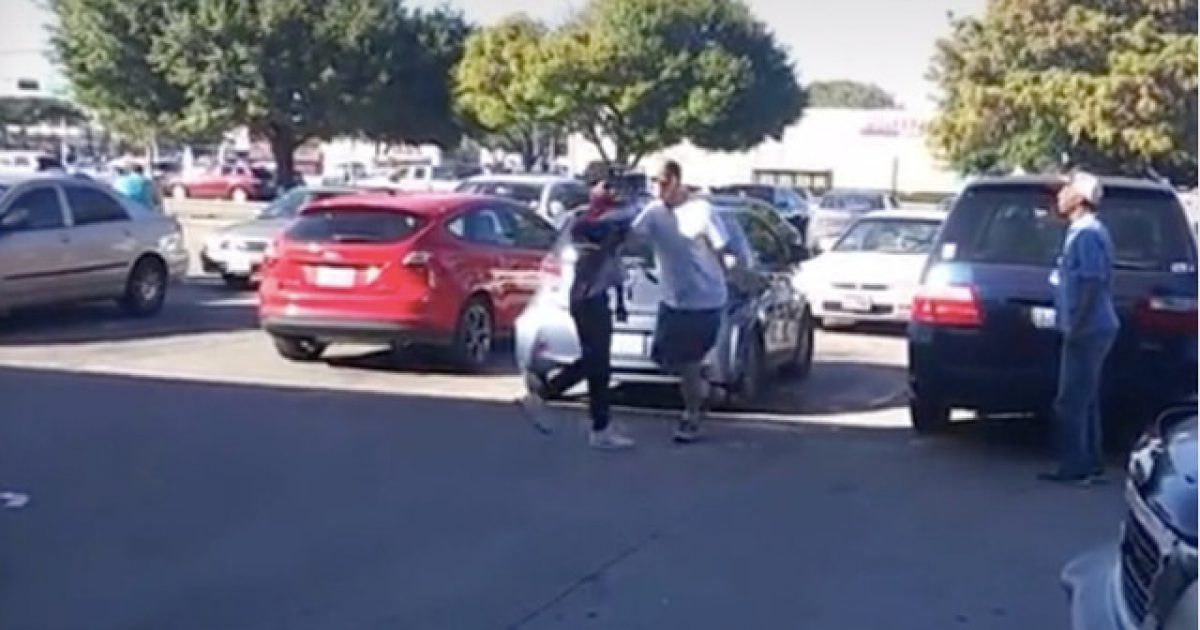 A young wannabe criminal discovered the hard way not to threaten the life of a military combat veteran whilst attempting to carry out a crime because doing so could potentially be hazardous to your health.

A video of said encounter was shared by Popular Military, with the clip believed to have been filmed back in 2017.

[In the video] a young man can be seen shouting at shoppers outside a store. The young man goes on to approach several people while yelling and gesturing with his hands. After the attacker approached one of the shoppers at his vehicle, the veteran can be seen storming over and grabbing a hold of the young man.

The outlet reported that the crook was demanding that people fork over money. When the veteran refused, the young man purportedly said, “I know you got some money, white boy.”

The confrontation then turned physical, and the young man went on to make threats against the vet’s life, the outlet reported.

Completely unafraid, the vet grabbed the attacker by the shirt, put him in a tight hold, and pinned him against the nearby building facade. The vet can be seen pulling out a Taser gun and threatening the younger man with it.

“You think this is a game?” the vet demanded. “When you say you’re gonna kill somebody, you kill ’em!”

The unnamed vet went on to explain that he carries a Taser with him for this very reason of “motherf*****s” trying to make threats — so that the vet doesn’t have to “pull out a gun and shoot [them] in the motherf****** head.”

Young folks today like to think they’re tough, but you can clearly see this dude was terrified once the combat vet grabbed him and gave him a taste of his own medicine. The only way he could continue to puff his chest up and act like a big shot was when he was walking away at a safe distance from the veteran.

One thing these kind of people absolutely need to learn is how to keep their mouths shut. Perhaps if someone had taught this kid some manners at home, he wouldn’t be out running his chops and getting himself into trouble?

At the end of the day, those who serve this country are heroes. Unlike the coward in the video, they don’t run away from danger, but toward it, willing to give their lives for what they know is right. There’s a lot this punk could learn from men like that if he would be willing to check that ridiculously puny ego.