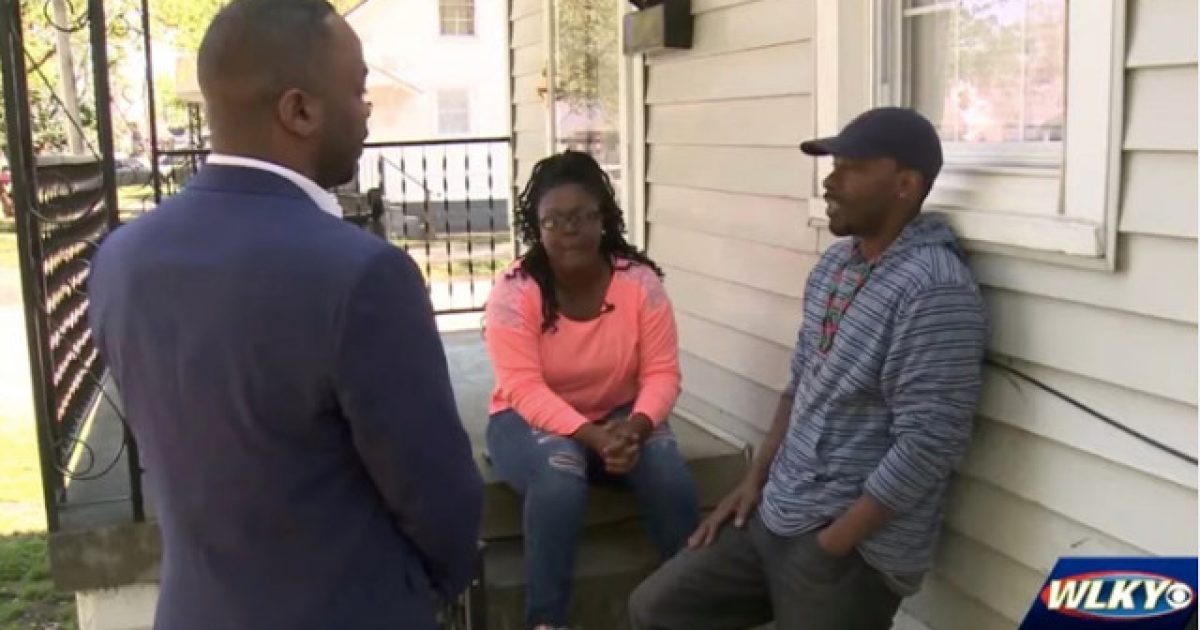 A man broke into the room of a 12-year-old girl with clearly bad intentions as he immediately started to undress in front of her, dropping his pants to the floor. This, however, would prove to be one of the biggest mistakes of his life.

As it turns out, the girl’s mother’s boyfriend was armed and ended up shooting the pervert six times. He apparently didn’t die, but he’s going to be going to the big house for a mighty long time.

Don’t you just love stories where a good guy with a gun saves the day? Us too.

“She hid under the cover, turned her light down, turned her volume down on her phone to text me,” she explained. “When she peeked under the cover to see where he was at, she got up and ran away. She went to the back room. And I think that was really brave and smart of her.”

Burton and her boyfriend Ali Bracey said they confronted the man and yelled at him to leave their home.

“He turned around and growled at me,” said Bracey. “And when he growled me, I dunno I attacked him.”

Burton went after the man with a broom and punched him, yelling at him to get out of the house.

That’s when 38-year-old Donald Oliver Jr. was shot six times and then later arrested by local police. As it turns out, the man has a rather lengthy rap sheet and ended up making his courtroom appearance in a wheelchair. His injuries were non life threatening.

Oliver Jr. has been charged with burglary, assault, and possession of a controlled substance.

The family has only been living in their current home for two weeks before the incident occurred.

This, ladies and gentlemen, is what a hero looks like. A man exercised his Second Amendment rights to protect his family from a crazed maniac who surely meant to do unspeakable harm to an innocent child.

You see, as awesome as the police are, they never would’ve made it in time to help these people. It was solely up to the girl’s parents to protect her, a job that would’ve been a heck of a lot harder without a weapon on hand.

This is why we fight for the Second Amendment right to bear arms. To give dads the tools they need to protect their daughters from pond scum like this guy.