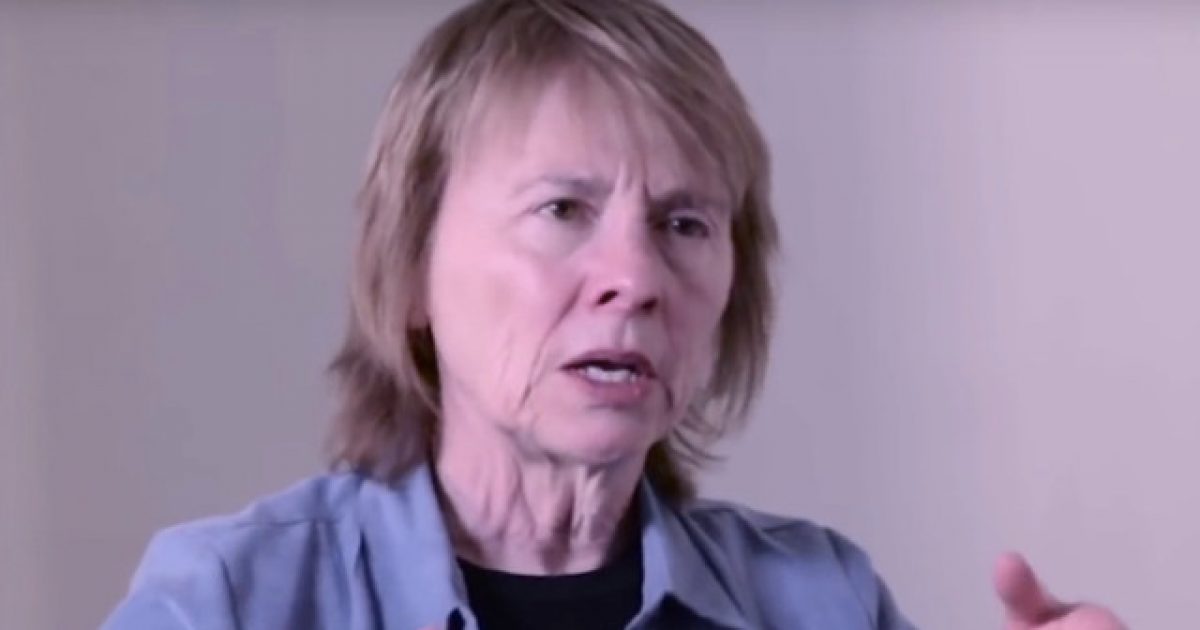 One of the things that makes liberalism a mental disorder is the fact that young people this day and age are willing to hang folks on their own side of the political spectrum out to dry if they don’t get on board with the full progressive program.

If you dare to think for yourself on a few key issues instead of going along with groupthink, the brainwashed masses of college students who have been indoctrinated straight from the womb to believe the government is their official parent and caretaker will lash out at you with a sense of loyalty that should only be reserved for the deepest of family bonds.

The same can be said for stepping out of bounds when it comes to liberal culture, a lesson left-wing professor Camille Paglia is now learning after criticizing the #MeToo movement and transgenderism.

Apparently some angry students want to see her booted for her opinions on these issues.

Which brings us to the verbal dust-up at the University of the Arts. Students there launched a recent petition saying Paglia “blatantly mocked survivors of sexual assault and the #MeToo movement, and in classes and interviews has mocked and degraded transgender individuals.” For that they’re demanding the school oust Paglia and replace her with a “queer person of color.”

Paglia, inconveniently, is a lesbian. Not that it’s won her many lesbian fans, mind you: “My problem is that I do not get along with lesbians at all,” she told the Independent several years ago. “They don’t like me, and I don’t like them.” But Paglia indeed is not a person of color, and that just won’t do with this cadre of leftist youths.

In regard to their issue with Paglia not genuflecting before the #MeToo altar, the students’ petition points to the following clip in which Paglia excoriates bad female behavior amid a “bourgeois culture of excuses”:

Unfortunately for the students, the University of the Arts won’t be kicking Paglia to the curb anytime soon, particularly since the petition they started actually takes a few shots at school president David Yager, demanding he apologize for “his wildly ignorant and hypocritical letter.”

Here’s a small snippet of the letter, which doesn’t mention Paglia by name, but obviously alludes to her and the students’ complaints:

Unfortunately, as a society we are living in a time of sharp divisions—of opinions, perspectives and beliefs—and that has led to decreased civility, increased anger and a “new normal” of offense given and taken. Across our nation it is all too common that opinions expressed that differ from another’s—especially those that are controversial—can spark passion and even outrage, often resulting in calls to suppress that speech.

That simply cannot be allowed to happen. I firmly believe that limiting the range of voices in society erodes our democracy. Universities, moreover, are at the heart of the revolutionary notion of free expression: promoting the free exchange of ideas is part of the core reason for their existence. That open interchange of opinions and beliefs includes all members of the UArts community: faculty, students and staff, in and out of the classroom. We are dedicated to fostering a climate conducive to respectful intellectual debate that empowers and equips our students to meet the challenges they will face in their futures.

I believe this resolve holds even greater importance at an art school. Artists over the centuries have suffered censorship, and even persecution, for the expression of their beliefs through their work. My answer is simple: not now, not at UArts.

The University of the Arts is committed to the exercise of free speech and academic freedom, to addressing difficult or controversial issues and ideas through civil discussion, with respect for those who hold opinions different from our own. Supreme Court Justice Louis Brandeis’ 1927 advice still holds true today: that the remedy for messages we disagree with or dislike is more speech and not enforced silence.

Paglia herself stated that she feels these protests against her are nothing more than publicity stunts by folks who just don’t grasp what she’s all about.

It’s not enough for the students at this institution that Paglia is a lesbian. No, that doesn’t quite earn atonement for her cultural sins. She must then be punished for not being a minority as far as her race and skin color are concerned.

This is the kind of insanity one sees frequently from the left, especially young people who have been raised in public schools, having this worldview shoved down their throats. They’re told to be intolerant of intolerance, rather than engaging it in a respectful, logical manner and doing battle with ideas. They make it personal instead.

Let’s hope these kids, after having a few years in the real world, have this ridiculousness slapped out of them by life.