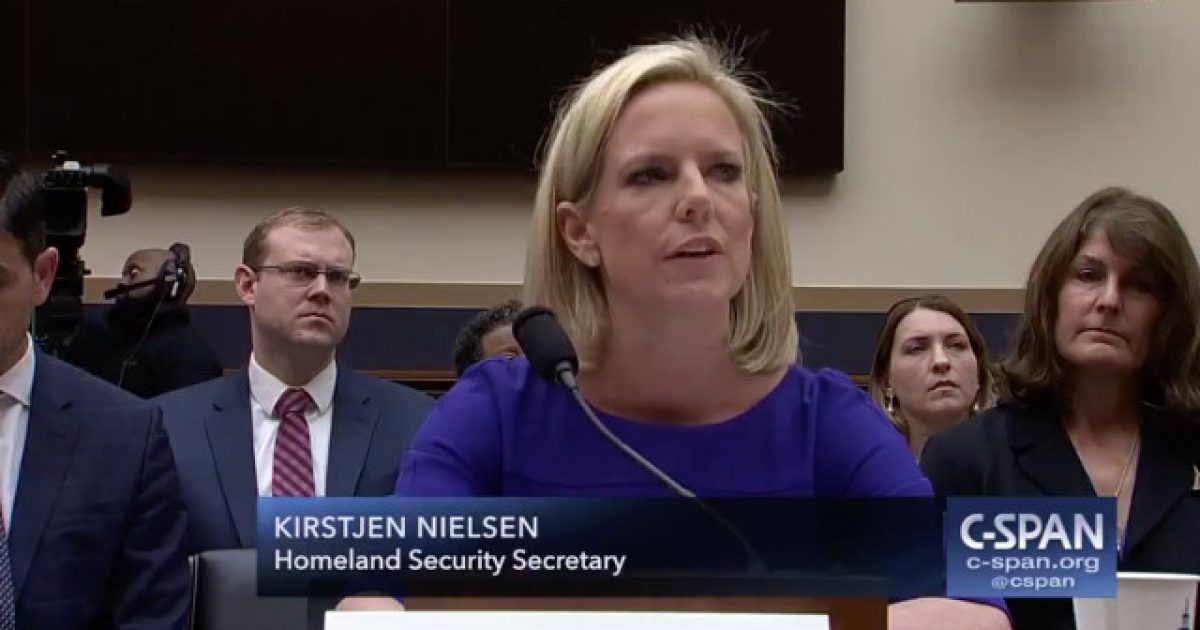 The group who is behind all of this nonsense is known as “Restore Public Trust.” It seems the criteria for whether or not you land on this blacklist is if you were involved in any capacity with separating migrant children from their families.

Corporate America should not allow administration officials responsible for Trump's family separation policy to seek refuge in their corner offices or boardrooms.#FamiliesBelongTogetherhttps://t.co/J0CZcUpklk pic.twitter.com/KMveqNPb52

Just last week, Nielsen claimed that border smugglers were using a “child recycling ring” that paired up children with bogus parents in order to get the “family” across the border. Nielsen said the same child would be used repeatedly in this deception.

Restore Public Trust is also warning companies not to hire former DHS Secretary and Chief of Staff John Kelly, as well as White House press secretary Sarah Sanders, who doesn’t appear to be looking for another job.

“Some of these individuals have left the administration in recent months,” the letter to corporations states. “Regardless of when they leave, they should not be allowed to seek refuge in your boardrooms or corner offices. Allowing them to step off the revolving door and into your welcoming arms should be a nonstarter.”

The list has officially been signed by 41 immigration and civil rights organizations, including the Southern Poverty Law Center which seems to get their jollies off by labeling folks and conservative organizations as “hate groups.”

A former employee of the organization called it a “highly profitable scam,” and went on to accuse the group of “widespread workplace misconduct.” Sounds like what you’d expect from an organization that has firmly planted its roots on the left.

This is the kind of despicable behavior and hatred the left exhibits when it comes to engaging with worldviews that are different from their own. Rather than sit down and have a spirited debate, letting beliefs clash on the battlefield of ideas, they instead attack the individual personally who holds these views.

The reason they take this route is because if they sat down to actually discuss issues, they know the facts do not support their agenda and if challenged, their worldview would crumble to pieces.