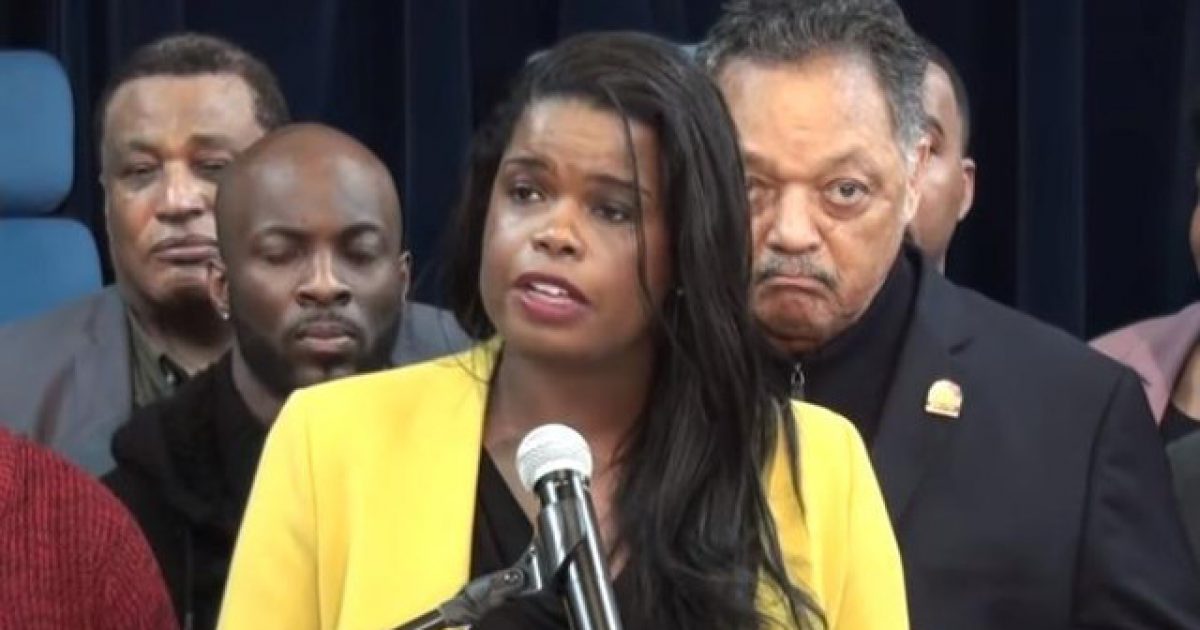 ABC 7 Chicago has been taking a deeper look at Cook County State’s Attorney Kim Foxx since she dropped all 16 felony charges against Jussie Smollett last month for creating a hate crime hoax, a move that left the entire nation stunned.

Well, as it turns out, the whole thing with Smollett isn’t the first time Foxx has let someone off the hook for a heinous crime. Seems she also cut a convicted killer loose too. This definitely isn’t going to build public trust in Foxx’s office.

16-year-old Derrion Albert was killed in a gang fight when he was walking home from school in 2009. Prosecutors charged four teens with Albert’s death, three of whom were convicted of murder and one pled guilty.

But one teen – known then as “D.J.” – was 14 at the time. Prosecutors say he punched Albert and knocked him down, saying that he signed “his death certificate.”

Prosecutors decided to charge him as a juvenile in a special kind of case called an Extended Jurisdiction Juvenile prosecution or EJJ.

That means although “D.J.” was convicted as a juvenile – he was also sentenced to 30 years as an adult on the underlying offense of murder. However, that sentence would be stayed and not enforced unless he was convicted of a new felony after being released from juvenile custody.

Albert’s family says that then-Assistant State’s Attorney Kim Foxx decided to go with the EJJ prosecution and encouraged them to accept this particular decision.

Six years later after having been released out of juvenile prison, this same young man, now 20-years-old, was arrested and charged with an aggravated felony. Prosecutors wanted to revoke the “stay of his adult sentence,” which meant that if he was convicted he would possibly spend 30 years in prison.

The Albert family was called in for a meeting at the juvenile court building where they were told that Foxx decided not to pursue the 30-year prison sentence from the EJJ that she originally pursued from the beginning.

The family felt betrayed by Foxx and rightfully so. The woman was supposed to be giving this family closure by providing justice for what happened to their child, but instead, she allowed a criminal to walk free.

It seems that Foxx has a hard time understanding her role. She’s supposed to be putting awful miscreants like this away behind bars. That’s the job of the state as dictated by God. They are to bear the sword against evildoers. She’s forsaken this holy, sacred mission, multiple times now.

It’s disgraceful to the max. The Alberts didn’t deserve to be treated this way. One has to wonder how many times this has actually happened under the radar in the past and whether or not a deeper investigation of Foxx’s activities are in order.