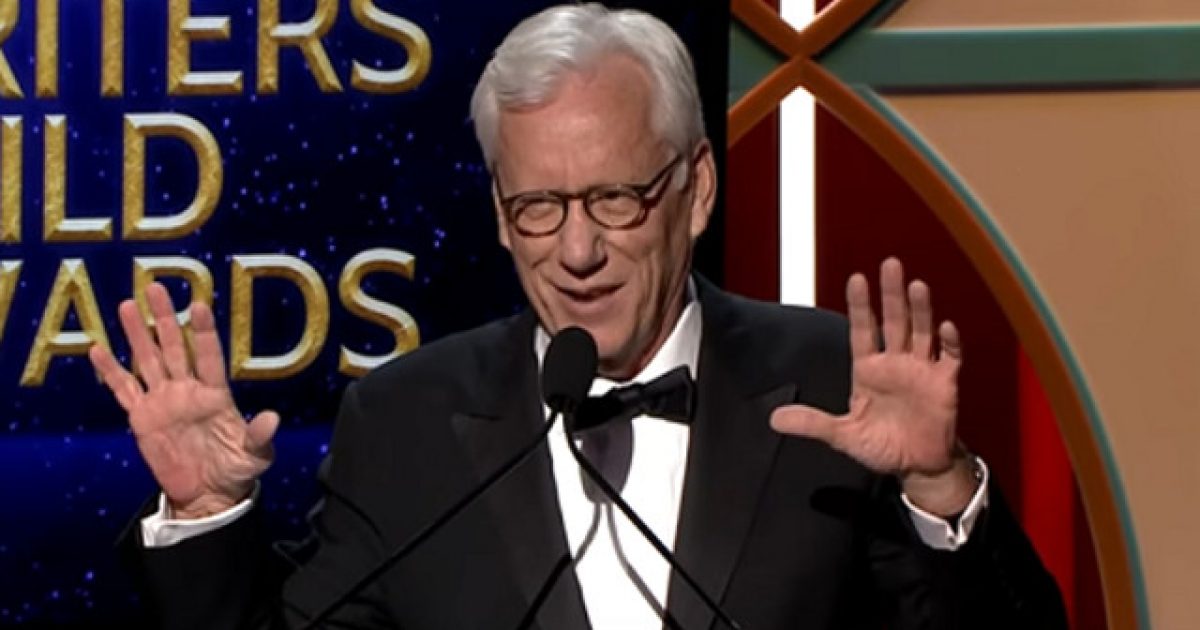 Bold, outspoken conservative actor James Woods has ran afoul of the almighty Twitter authorities and landed himself a stint in “Twitter jail” after a tweet he posted offended some highly sensitive individuals.

Given the day and age we currently live in, it’s nigh to impossible to go through an entire day using social media without saying something that someone else deems offensive, so it’s a wonder we’re not all banned from the site.

Woods, who has a following of 2 million people, has been locked out of his account for a week according to his girlfriend Sarah Miller.

On April 20, Miller posted a screenshot of the email Woods received from the tech platform.

“Of course Twitter doesn’t inform his followers,” she captioned the photo. The email claims Woods was locked out of his account for “violating” Twitter rules “against abusive behavior.” The tweet supposedly in violation read as follows: “If you try to kill the King, you better not miss. #HangThemAll.”

Woods’ quote was apparently made in reaction to the Mueller report findings exonerating President Donald Trump and his 2016 campaign of collusion with the Russian government.

This is not the first time Woods has been suspended from the platform. It was reported in September that the “Casino” actor was suspended for making a crack about a fake meme, which he acknowledged was likely fake.

“Pretty scary that there is a distinct possibility this could be real. Not likely, but in this day and age of absolute liberal insanity, it is at least possible …” Woods captioned a meme falsely suggesting top Democrat organizations encouraged men to skip voting in the midterms “to make a woman’s vote worth more.”

From Mr. woods himself. With his permission I asked him if I could share with you all as I know how much you all adore him. #FreeJamesWoods @RealJamesWoods @Twitter pic.twitter.com/WxtpDESWKq

Twitter is growing to be more and more obnoxious with this censorship junk, especially considering the fact that they don’t seem to be consistent in the application of the principles they claim to follow, unfairly targeting folks on the right more than those on the left.

Because apparently talking about illegal immigration — a problem that has hit crisis level that has been acknowledged by several major left-wing publications — makes you a Nazi and a racist.

If these social media platforms were nothing more than personal businesses that weren’t in the news publishing industry and responsible for the sharing of news all over the globe, then they could set whatever rules they wanted and allow whatever kind of content they wanted, but that’s not the case.

Most of the people on the planet get their daily news from social media, which means these companies have a duty to ensure that both sides of the issue are presented freely and fairly.

A refusal to do that and an open attempt to censor those with differing opinions needs to stop immediately.