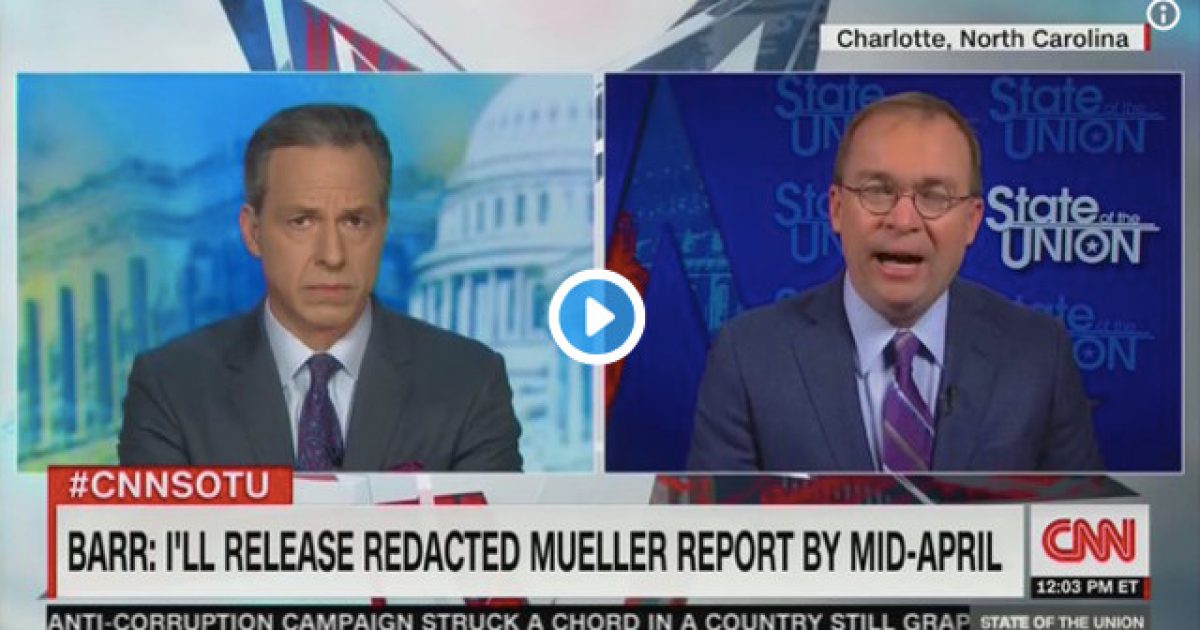 CNN host Jake Tapper stated on Sunday night that CNN didn’t get anything wrong in its reporting on the Russia investigation, proving once again that this particular news network is the king of fake news.

Oh, and the icing on the cake is how he claims that CNN is not “on the Left.”

Well, Mr. Tapper, that’s not entirely accurate now is it?

CNN’s Jake Tapper on Special Counsel Robert Mueller’s Russia investigation: “Other than the people in the media on the Left, not on this network, I don’t know anybody got anything wrong. We didn’t say there was conspiracy. We said that Mueller was investigating conspiracy.” pic.twitter.com/jOBZbpo7Up

Yeah. So here’s the truth.

In December 2017, CNN “made a major error in reporting key details of an alleged offer made to Donald Trump Jr. in September 2016, regarding a batch of documents from WikiLeaks,” The Daily Wire reported at the time. “CNN claimed that Trump Jr. was sent an email on September 4, 2016, from a person named Michael J. Erickson which included a link to WikiLeaks documents and a decryption key to access the purportedly stolen emails. The date CNN reported, however, was incorrect. The actual date of the email was September 14.”

“The date is significant because it shows that Trump Jr. was sent documents from WikiLeaks that were already available to the public, which undermines the key premise of CNN’s story that the Trump campaign was in cahoots with WikiLeaks to bring down the Clinton campaign,” The Daily Wire added.

In May 2017, CNN reported that Jeff Sessions had failed to disclose contacts that he had with Russian officials when he was a senator and CNN “framed the non-disclosures as more evidence of collusion between Russia and the Trump team,” The Daily Caller reported.

In December 2017, according to The Daily Caller, CNN admitted “that FBI emails prove that Sessions’ explanation for the non-disclosures is accurate,” which indicated “that Sessions was following what the FBI told him and was not intentionally trying to mislead the DOJ about his meetings with Russians.”

It doesn’t stop there. CNN also falsely reported a statement that FBI Director James Comey allegedly put together for his testimony before Congress in 2017. They were later forced to issue this correction:

This article was published before Comey released his prepared opening statement. The article and headline have been corrected to reflect that Comey does not directly dispute that Trump was told multiple times he was not under investigation in his prepared testimony released after this story was published.

Oh and here’s one for the road. Tapper claims no one over at CNN has accused Trump and his campaign of collusion. Wrong. CNN anchor Chris Cuomo, just last week said, “There’s 100 percent behavior by people around the president that qualifies as collusion.”

It seems Tapper is becoming more and more of a “company man” going out of his way to help repair some of the PR damage this Mueller report has done to the network’s already tarnished reputation.

The only thing that could possibly fix CNN’s standing with viewers is if they actually started doing their job of reporting facts and did less spoon feeding of the liberal worldview in their coverage.

But that probably won’t happen.