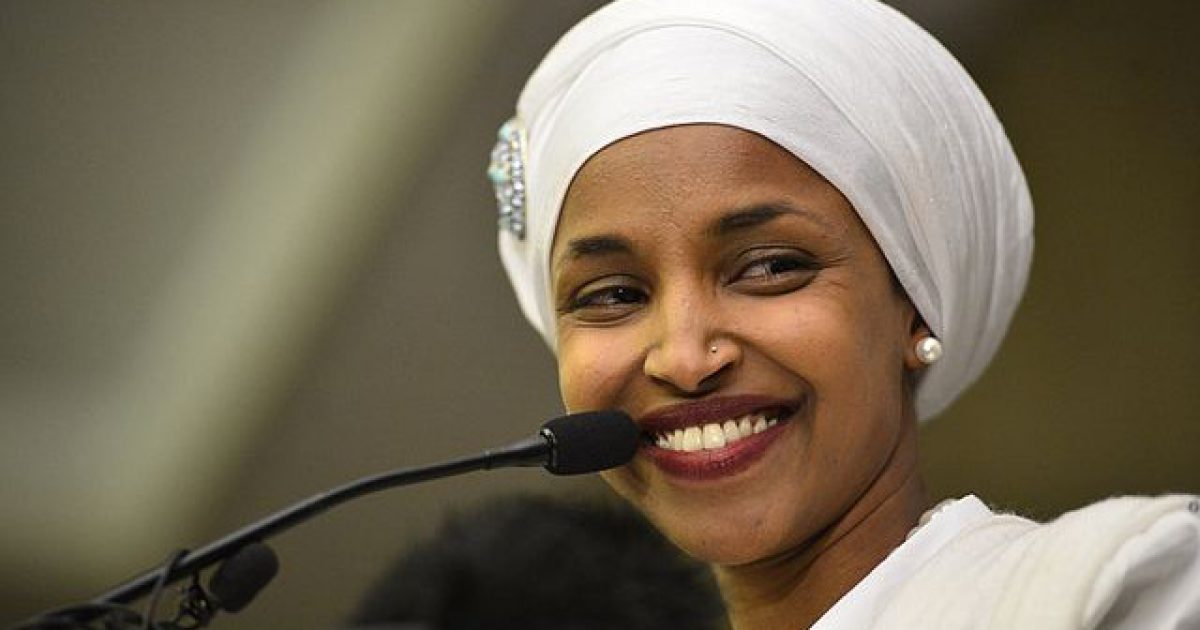 It’s getting harder and harder to think of a more vile, despicable human being currently in Congress than Rep. Ilhan Omar, the woman who has single-handedly exposed the deep, deep anti-Semitism at the heart of the Democratic Party.

Omar continues to show her true colors, this time in comments she made concerning the burning down of Notre Dame Cathedral in Paris, which was a devastating loss for Catholics across the world.

“Art and architecture have a unique ability to help us connect across our differences and bring people together in important ways,” posted Rep. Omar. “Thinking of the people of Paris and praying for every first responder trying to save this wonder.”

Art and architecture have a unique ability to help us connect across our differences and bring people together in important ways. Thinking of the people of Paris and praying for every first responder trying to save this wonder.

The comment was quickly ridiculed by folks on the right for being so vague.

Well, the “architecture” that the art was housed in is a cathedral. While Biblically Christ is wherever His people are, Notre Dame is a significant and storied icon of faith. https://t.co/bsckz26qHe

Art & architecture? It was a house of worship. A Catholic Cathedral.

It wouldn't have been difficult for you to acknowledge that. https://t.co/BUW4i3pFUU

Did something happen to some building?

Omar found herself under fire last week over a remark she made about the 9/11 terrorist attacks that took the lives of thousands of Americans. While speaking at an event for Council on American-Islamic Relations (CAIR) in March, the Democrat referred to the atrocity as an instance where “some people did something.”

“Here’s the truth,” Omar said at the event, according to Marketwatch. “For far too long we have lived with the discomfort of being a second-class citizen and, frankly, I’m tired of it, and every single Muslim in this country should be tired of it. [The Council on American-Islamic Relations] was founded after 9/11 because they recognized that some people did something and that all of us were starting to lose access to our civil liberties.”

After her comments about 9/11, The New York Post released an edition of their paper with a cover that completely obliterated her for making light of such a horrific incident with massive loss of life.

We all know that if a Republican made these comments that the left would come out in droves to attack said individual and politicize it to the end, hoping beyond hope to draw folks over to their party for the next election.

Omar should be made to issue apologies for her anti-Semitism and for the 9/11 comments too. Guess you can add Notre Dame Cathedral to that ever growing list. This woman should really step down from her position and take a vow of silence before she polishes off her party.