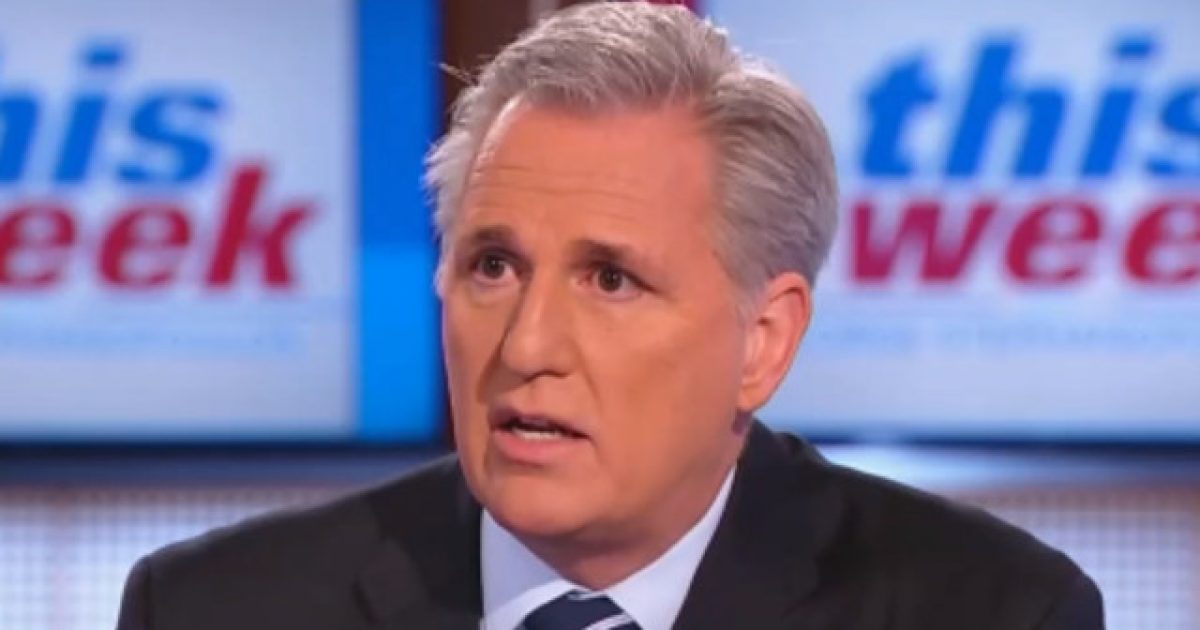 During a floor debate in the House of Representatives on Wednesday concerning a net neutrality bill — which has absolutely zero chance of successfully passing the Senate — House Minority Leader Rep. Kevin McCarthy took an opportunity to open fire — figuratively of course — on House Democrat leadership for the constant, nonstop virtue-signaling of the new Congress.

Hey, somebody had to say it, right?

“The question more and more Americans are beginning to ask,” McCarthy said from the floor. “What have the Democrats done with their majority?” …

“It hasn’t been said once; it’s been said hundreds of times: Show us your budget, show us your values,” McCarthy said. “Unfortunately, it looks like we’ll never know the true values of this majority, because there is no budget.”

“One in five votes in this House that was taken since the end of January were nonbinding messaging resolutions,” McCarthy said. “What if we spent one-fifth of our time working to improve border security and fix the loopholes in our immigration system?”

“I’ve never known anybody that has ran for office that was asked to make sure you go to Congress to waste their time on votes that do not matter,” McCarthy added. “They send us here to deliver solutions, not resolutions.”

A good example of how House Democrats have weakly attempted to make up for some of the shenanigans of the freshman Congressmen and women who have seemingly flipped the world upside down in Washington with their inexcusable behavior is the non-binding resolution that was created after Rep. Ilhan Omar started foaming at the mouth with anti-Semitic comments.

The resolution didn’t even mention the offender by name, yet we’re all supposed to give the Democratic Party a participation trophy for at least showing up to pretend chastise Omar for her bad behavior.

This was just their sad attempt to appease those who were offended by Omar’s vile hatred, but it didn’t work. In fact, it only served to make a lot of Jews within the party furious.

You know, if they don’t want Trump re-elected, perhaps they ought to stop doing things that push folks into the Republican Party? On second thought, keep it up, guys!