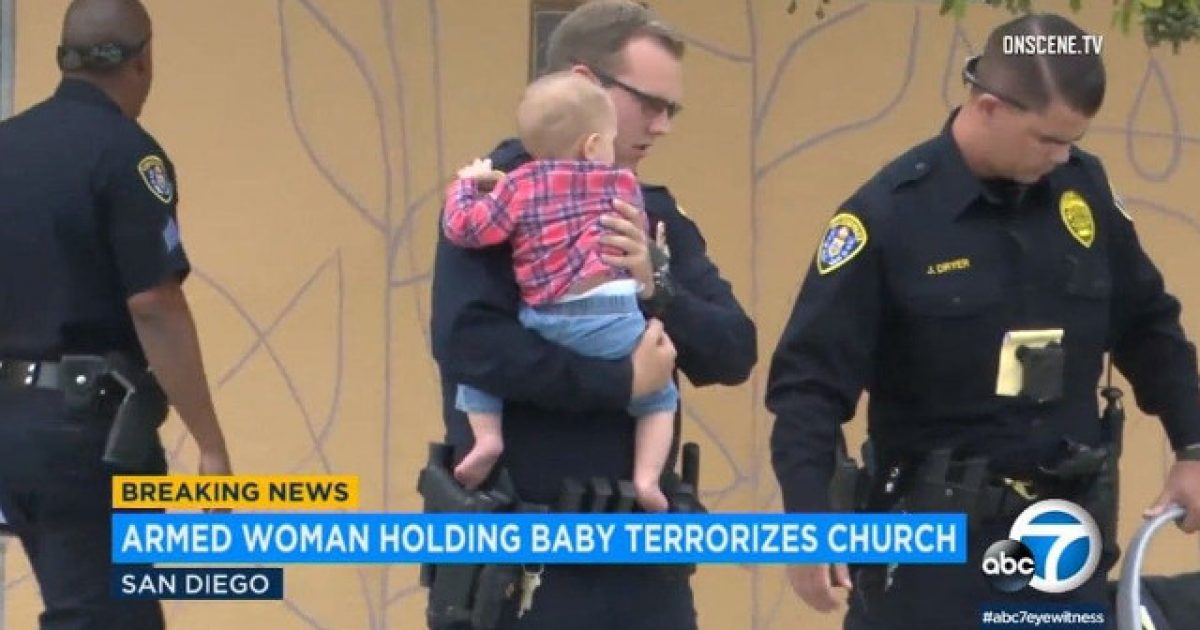 Easter Sunday is supposed to be a time of rejoicing as Christians all around the world gather to celebrate the resurrection of Jesus Christ from the dead, proving that His sacrifice on the cross to the Father on behalf of sinners was accepted and that He was truly the Son of God, both man and deity, the Savior we need to rescue us from the wrath of God.

However, Easter for the Church Tsidkenu, a nondenominational church that meets in a rented out space in San Diego’s Mt. Everest Academy, was a harrowing experience as a woman brandishing a gun and a baby claimed to have a bomb and threatened to blow them all up.

Fortunately, this story has a happy ending.

During its Easter Sunday service, a woman in her early 30s walked to the front of the church carrying a 10-month-old baby and a gun, and “made threats that she was going to blow up the church while waving the handgun,” according to local police.

Church parishioners were able to disarm the woman and hold her until police arrived. Her gun was not loaded.

“She was saying stuff that was kind of delusional. I was more worried about getting my family out of there,” churchgoer Ronald Farmer told CNN.

The police report also stated that the woman also had a five-year-old girl, her daughter, at the scene as well. She too was healthy and unharmed. Both children are now in the custody of Child Welfare Services.

Interestingly, the name of the church derives from one of the Hebrew names of God, Jehovah Tsidkenu, which means the Lord Who is Righteous.

This is a situation that could’ve gone a completely different direction, but thankfully good folks stepped up and managed to intervene, with the grace of the Lord, and prevent any bloodshed.

Hopefully this woman will get the help her desperately damaged soul and mind need.