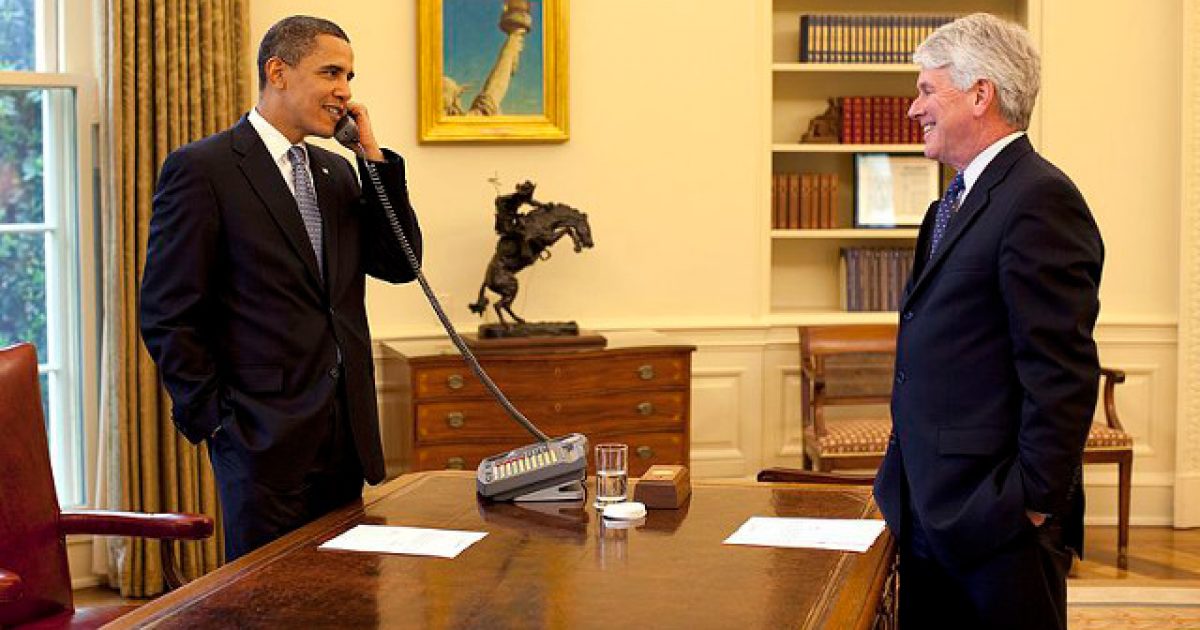 While Special Counsel Robert Mueller’s Russia investigation didn’t end up with any sort of charges or indictments of President Trump or his campaign, it did contain some rather bad news for former President Obama’s first White House counsel.

It seems Gregory Craig will be charged with alleged crimes that were discovered during the Russia investigation.

Gee, a criminal in the Obama administration? How shocking!

Craig, who was Obama’s White House counsel from 2009 until 2010, went on to work for the law firm Skadden, Arps, Slate, Meagher & Flom.

The firm was hired by Ukrainian President Viktor Yanukovych’s Justice Ministry in 2012. Skadden produced a report on the prosecution and imprisonment of one of Yanukovych’s political rivals, Yulia ­Tymoshenko. That imprisonment was widely condemned in the west, and some human rights advocates accused Skadden of whitewashing what actually happened.

Craig, as a part of his work for Skadden, had numerous contacts with U.S. reporters to discuss the report, which had been disseminated by Paul Manafort, among others, to help Ukraine’s image.

Craig himself has yet to release a statement about the whole situation, though his attorney have. Here’s what they’re saying:

“This case was thoroughly investigated by the SDNY and that office decided not to pursue charges against Mr. Craig. We expect an indictment by the DC US Attorney’s Office at the request of the National Security Division. Mr. Craig is not guilty of any charge and the government’s stubborn insistence on prosecuting Mr. Craig is a misguided abuse of prosecutorial discretion,” lawyers for Mr. Craig said in a statement.

It’s not a bit surprising that there would be some serious corruption within the Obama administration. You’re talking about the folks working for a president who himself likely weaponized the IRS against conservatives for not supporting his re-election.

Not to mention the numerous time he violated the Constitution, which was a lot.

Individuals in the government who work closely with leadership tend to think they’re above the law. The fact this guy might be facing some serious jail time sends the message that if you believe that, you should think again.

One of the things that makes America a wonderful country is equality under the law. The law applies to everyone, no matter how rich or poor. Well, that’s how it’s supposed to be.

It seems these days, if you’re a Clinton you can pretty much do whatever you want and get away with it.