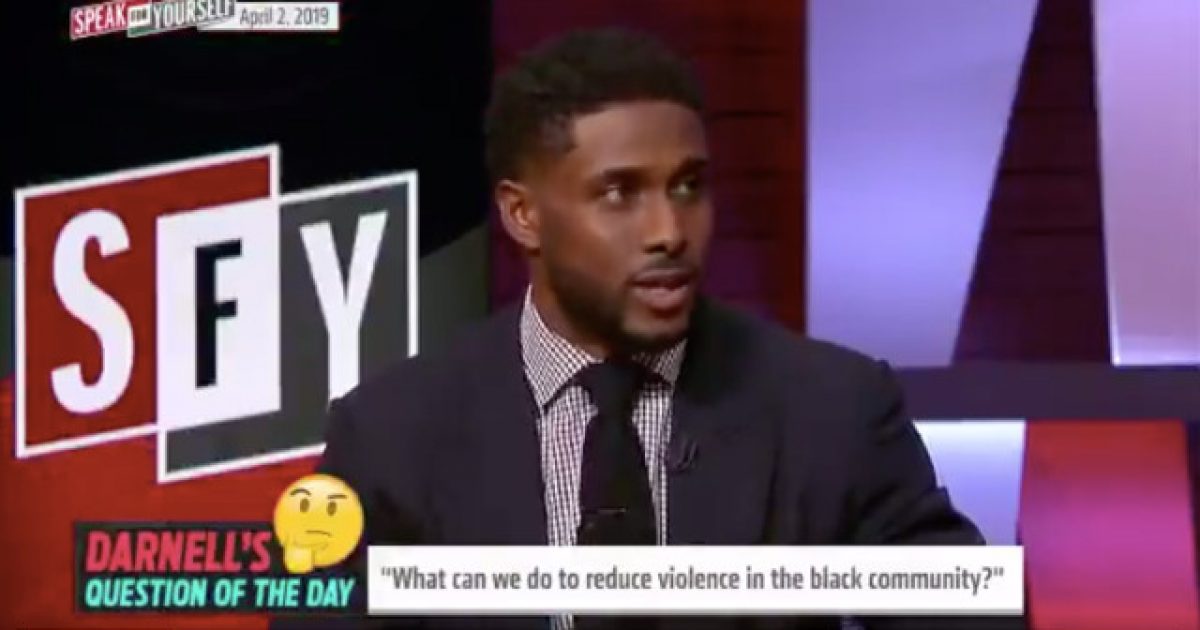 Reggie Bush, former NFL running back was recently asked what should be done to help reduce violence in black communities, and the answer he gave is super powerful.

“This is such a deep question,” he replied, “and honestly, I’m so thankful that Fox would take this leap of faith to even allow us to talk about this because the only way I feel like things can change is if we have conversations like this with a platform like this.”

“But I will speak to my personal upbringing,” Bush explained. “My real dad was not in my life growing up.”

“And so the foundation of why I wanted to be so great on the football field was I wanted to make my dad jealous,” he added. “And I had this resentment and this aggression that I grew up with towards my real dad. And as I got older I realized my dad never had his dad in his life.”

“My dad met his dad for the first time five years ago,” he continued. “My dad is 53 years-old. And my biological grandfather, who I still haven’t met to this day, lived in L.A. this whole time.”

“I think a good start is getting back to the foundation of where kids are young and making them understand that listen, just because you have a tough upbringing doesn’t mean you can’t go on to be successful,” Bush said.

“And I think if you start there with the parenting because not having a man in your life to show you how to be a man, that has significant effects,” he concluded.

⁉️Darnell's Question of The Day: In the wake of Nipsey Hussle, what can we do to reduce violence in the black community?

"My real dad wasn't in my life so the foundation of why I wanted to be so great on the field was because I wanted to make my dad jealous." —@ReggieBush pic.twitter.com/F31m3qeneE

Bush couldn’t be more spot on. A huge problem in our world right now, not just in the black community, but all the way around is that men have shirked their responsibilities as fathers, leaving women to pick up the broken pieces.

It’s not bad enough these guys don’t financially support their children, but they also abandon their post and forsake the mission they’ve been given by God to protect and provide for the blessings God has entrusted to them. This is something our nation can no longer afford.

God designed the family unit to include mother and father, so when that design is broken, something devastating happens to the children involved in such a family.

Let’s hope that folks like Bush can set a good example for other young men so they have someone to look up to as they’re growing into adulthood.