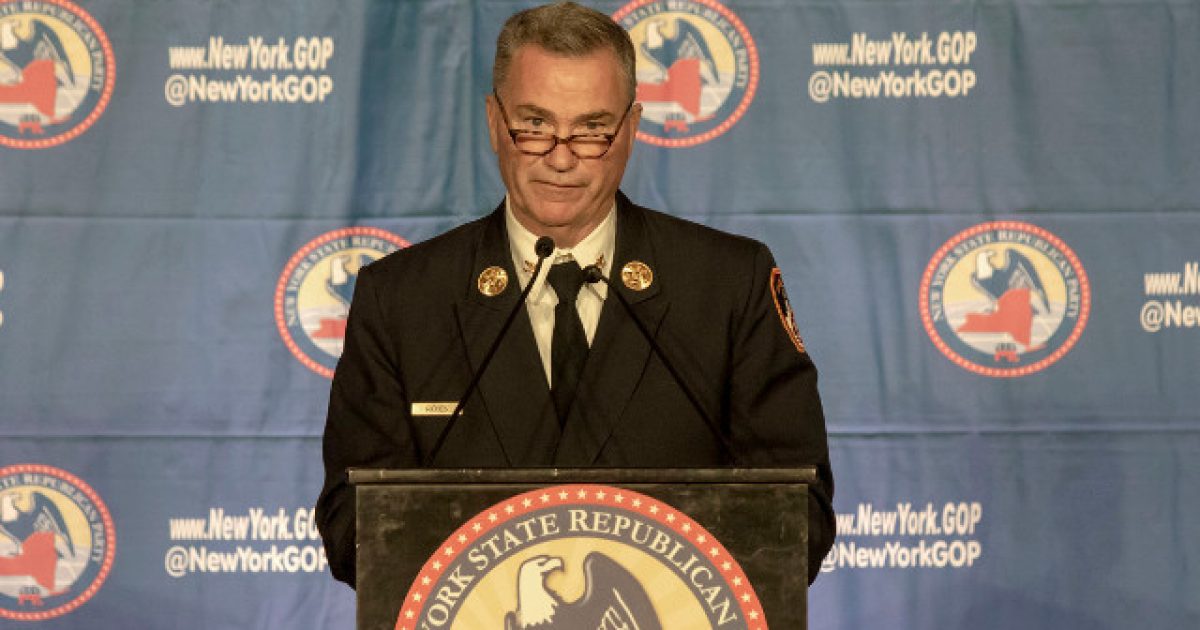 Retired FDNY firefighter Jim Riches’ son was murdered on 9/11 by a bunch of radical Islamic terrorists and as the family of a victim who was taken away by these evil pieces of human garbage, he’s not at all been happy about Minnesota Rep. Ilhan Omar — you know, the anti-Semite — and her comments about the terrorist attacks that took place on that day.

In fact, Riches is demanding an apology from Omar and from all the Democrats who have bent over backwards to defend her and her egregious comments.

“My son Jimmy was murdered by Islamic terrorists. Three thousand people were murdered that day. And Rep. Ilhan Omar said some people did something. That’s ridiculous. It’s outrageous. It’s a disgrace. She’s in the Congress of the United States,” Riches said at the New York State Republican Party dinner at the Grand Hyatt. “My son and those 3000 people died a terrible death.”

A video of Omar at a function hosted by the Council on American-Islamic Relations (CAIR) from roughly a month ago surfaced last week.

Here are the comments that have earned Omar so much well deserved criticism:

CAIR was founded after 9/11 because they recognized that some people did something and that all of us were starting to lose access to our civil liberties. So you can’t just say that today someone is looking at me strange and that I am trying to make myself look pleasant. You have to say that this person is looking at me strange, I am not comfortable with it, and I am going to talk to them and ask them why. Because that is the right you have.

One thing about this little statement is that it’s inaccurate. CAIR was actually formed in 1994.

When Donald Trump posted a video on Twitter in response to Omar, the left was furious. However, Riches himself was very supportive of the tweet.

“To see Donald Trump get a video in with the planes crash into the building. He said, ‘Never forget 9/11.’ So many people were outraged on the Democratic side … He told like it was. That’s what happened that day.”

Omar absolutely needs to apologize for the comments she made because they were completely inappropriate and served as a deep insult to folks like Riches who actually lost loved ones on that horrific day in American history.

Issuing an apology is just being a decent human being at this point, and the fact she’s not done so is proof that she lacks the moral character to represent the will of the American people in our government. Add this to her anti-Semitism and a solid case for her stepping down can be made.

How much more of Omar and her atrocious attitude do we have to endure before we no longer have to subject ourselves to her wickedness?