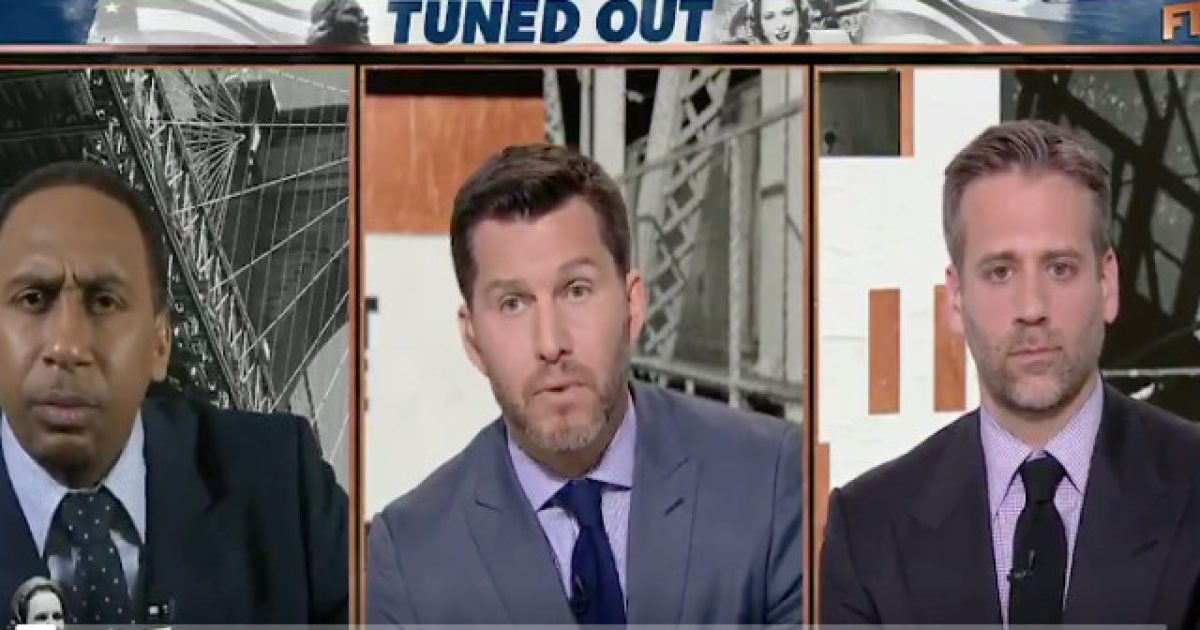 ESPN’s Will Cain got into a rather heated exchange with “First Take’s” Stephan A. Smith and Max Kellerman over the movement that’s sprung up to stop using Kate Smith’s version of “God Bless America” at various sporting events.

The New York Yankees announced last week that they would be dropping the song and removing a statue that was dedicated to the singer as a result of the “outrage” being stirred by left-wing propagandists looking for a new cause to make themselves feel important.

“I’m suggesting it’s an absolute and utter fool’s errand to go back through history — decades,” he said. “Someone who’s been passed away for 30 years. Incidents which occurred eight decades ago. And apply modern historical standards to something you can almost reach a century. I’m suggesting that your standard — yours — only requires a handful of people to be a little outraged to go back and tear statues down.

“And,” he continued, “I’m telling you that by your standard, President Obama’s statues would not stand to today’s standard when it comes to gay rights, and that is asinine.”

Cain responded by noting that he wasn’t debating Smith’s songs one way or the other.

“There’s no debate about the nature of the songs that Kate Smith sang. No one is here to excuse them,” he said. “What we are talking about is how we treat history and the standards we apply.”

Cain makes an excellent point about how we treat history in this modern generation. Leftists today want to erase any and all unsavory aspects of our American history as if it never happened, thinking somehow that aids in the healing from damages done by old ways of thinking.

It’s the opposite actually. The more a group of people face the trauma they’ve experienced head on and learn to filter it through the time period, culture, ect., the faster they learn to move past it.

The real question is whether or not the left actually wants folks to move beyond the hurts of history or if they just want to capitalize on them so they can use them to draw in more voters and keep their positions of power?

A sneaky gut suspicion probably has you thinking it’s the latter, and you’re probably right.