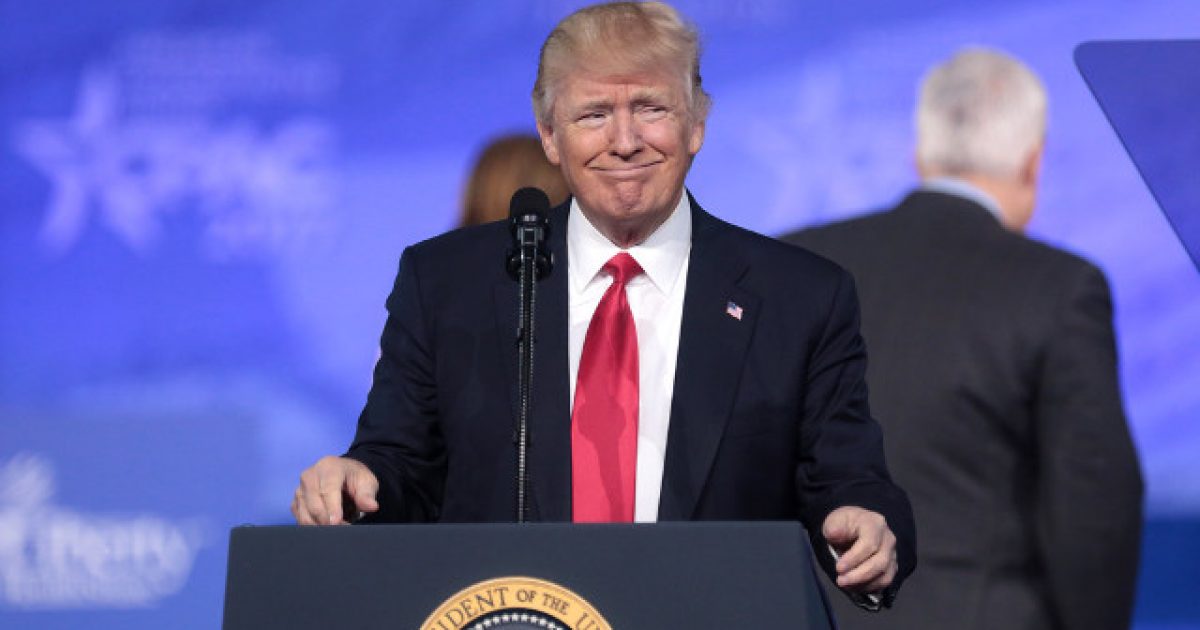 So President Trump has been riding high on the victory provided to him thanks in large part to the clearing of his name in the Russia probe after Special Counsel Robert Mueller concluded his two-year investigation into his presidential campaign and released the report.

So happy was Trump that he took an opportunity over the weekend to point out to his followers on Twitter that left-wing media rag, the New York Times, actually put out a piece that got it right about Mueller. Crazy times, right?

Do you believe this? The New York Times Op-Ed: MEDIA AND DEMOCRATS OWE TRUMP AN APOLOGY. Well, they got that one right!

Trump appears to be referencing an op-ed by Christoper Buskirk, editor and publisher of the journal American Greatness, published on Thursday titled, “Barr Is Right About Everything. Admit You Were Wrong.”

“After Trump’s vindication, the liberal media and its allies in government should face a reckoning. I’m not holding my breath,” reads the subheader. “The American political and media elites that spent the first two years of the Trump administration promoting the Russian collusion hoax have some explaining to do. And not merely explaining: They owe the president an apology,” writes Buskirk. He goes on to call on public figures who spent the last two years promoting the collusion story to just “own it” and “admit you were wrong.” “It won’t feel good at first. But when the initial sting passes you will find it liberating,” he says. “And people will respect you for it.”

Since the release of the redacted Mueller report, the Times has published another “collusion”-related piece that has turned some heads. They finally admitted what collusion skeptics have been saying for a long time: The salacious and unverified dossier produced by ex-British intelligence agent Christopher Steele was not only opposition research filled with false claims, rumor, and speculation, it also might have been partly a result of “Russian disinformation.” A few excerpts (formatting adjusted):

The 35-page dossier, spiced up with tales of prostitutes and spies, sketched out a hair-raising story more than two years ago. Russian intelligence had used bribery and blackmail to try to turn Donald J. Trump into a source and ally, it said, and the Kremlin was running some Trump campaign aides practically as agents.

But the release on Thursday of the report by the special counsel, Robert S. Mueller III, underscored what had grown clearer for months — that while many Trump aides had welcomed contacts with the Russians, some of the most sensational claims in the dossier appeared to be false, and others were impossible to prove. …

Mr. Steele has made clear to associates that he always considered the dossier to be raw intelligence — not established facts, but a starting point for further investigation. …

How the dossier ended up loaded with dubious or exaggerated details remains uncertain, but the document may be the result of a high-stakes game of telephone, in which rumors and hearsay were passed from source to source. … Another possibility — one that Mr. Steele has not ruled out — could be Russian disinformation. That would mean that in addition to carrying out an effective attack on the Clinton campaign, Russian spymasters hedged their bets and placed a few land mines under Mr. Trump’s presidency as well.

Trump then went on to slam the whole Mueller investigation, calling it nothing more than a well orchestrated two-year hit job put together by his political opponents to throw a monkey in the works of his administration.

In all honesty, he’s probably not wrong. The left were so ticked off after he beat Hillary Clinton that they’ve been out for his blood ever since, wanting to boot him out of the Oval Office by any means necessary.

The Trump Haters and Angry Democrats who wrote the Mueller Report were devastated by the No Collusion finding! Nothing but a total “hit job” which should never have been allowed to start in the first place!

Despite No Collusion, No Obstruction, The Radical Left Democrats do not want to go on to Legislate for the good of the people, but only to Investigate and waste time. This is costing our Country greatly, and will cost the Dems big time in 2020!

The man and his administration have been under constant attack since day one of his presidency, so it’s understandable why he’d be excited about having his name basically cleared by this report. It’s only fitting he gets to take a swipe back at those who have been pummeling for the last several years.

Unfortunately, the left is still refusing to believe the reports findings, therefore, they’re now applying their energy elsewhere, hoping beyond hope to oust him from office before the election next year.

Because they know that the vast majority of American people can’t stand the Democratic Party right now, therefore, if they have to go up against Trump, they’re going to lose. It’s a pathetic move on their part. Instead of trying to get rid of the president, they should be trying to move their platform back to the center, where the vast majority of voters are at.

Oh well. Their implosion is actually really good for the country, so whatever.