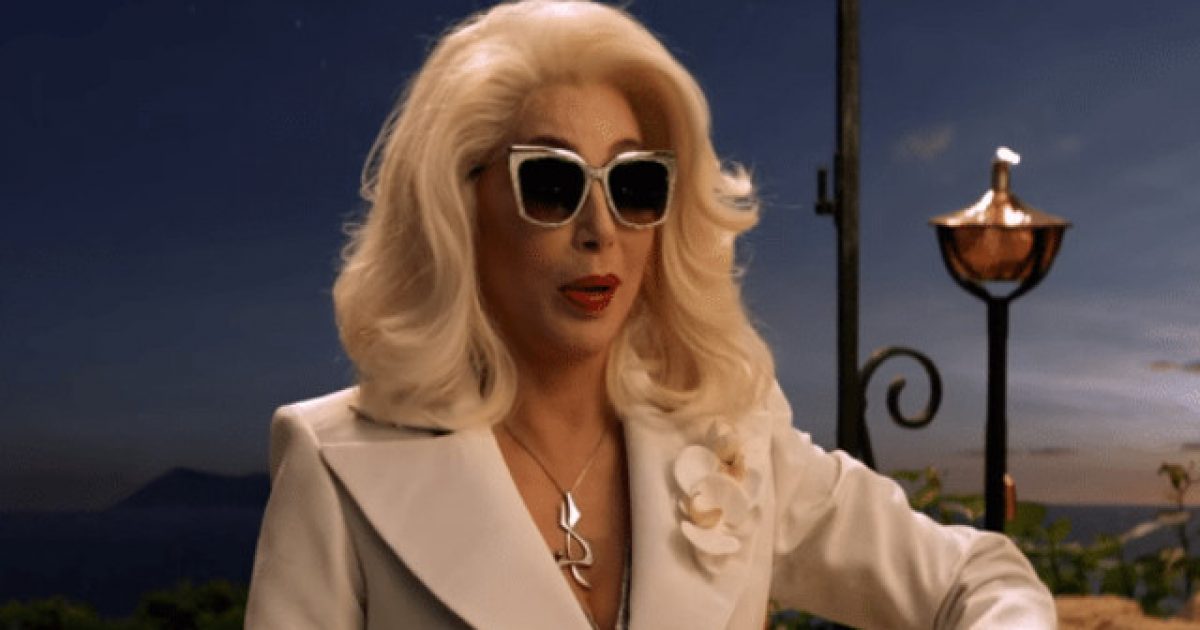 If you’ve been keeping up with celebrity opinions on politics — why would you do such a thing when you it’s nothing but complete and utter torture? — then you’re well aware of how obnoxiously left-wing singer Cher can be on Twitter.

She constantly rattles off incoherent posts insulting the president and conservative thinking as a whole, caring little for what anyone thinks of her opinions.

Well, it seems that at least on one issue, Cher is doing a complete 180, suddenly no longer a huge fan of illegal immigration in her state of California.

As a result, she’s been welcomed to the Republican Party — jokingly, of course — by folks who are stunned to see a little common sense coming from the singer on this particular topic.

The only real question at this point is whether or not the tweet will actually stay up or will pressure from her fellow liberals drive her to remove it and issue an apology?

On Sunday, the singer tweeted, “I Understand Helping struggling Immigrants, but MY CITY (Los Angeles) ISNT TAKING CARE OF ITS OWN. WHAT ABOUT THE 50,000+ Citizens WHO LIVE ON THE STREETS. PPL WHO LIVE BELOW POVERTY LINE, & HUNGRY? If My State Can’t Take Care of Its Own (Many Are VETS) How Can it Take Care of More”

I Understand Helping struggling Immigrants,but MY CITY (Los Angeles) ISNT TAKING CARE OF ITS OWN.WHAT ABOUT THE 50,000+??Citizens WHO LIVE ON THE STREETS.PPL WHO LIVE BELOW POVERTY LINE,& HUNGRY? If My State Can’t Take Care of Its Own(Many Are VETS)How Can it Take Care Of More

Cher’s argument came as a follow-up to a fit she threw Friday over President Donald Trump’s confirmation that his administration was “giving strong considerations to placing illegal immigrants in sanctuary cities only.”

WILL TRUMP”REALLY”DO WHAT HE JUST SAID HE WOULD⁉️WILL HE FLOOD MY STATE WITH THOUSANDS OF”RAPISTS,&
MURDERS”(His Words)AS A PUNISHMENT⁉️WHAT KIND OF PRESIDENT IS HE⁉️WHAT KIND OF MAN IS HE⁉️HE’S THE ?’s NEWEST DICTATOR,& He Wants HIS Troops 2 Put Up internment Camps.

President Trump accused sanctuary cities — particularly in California, where there is a state law protecting such policies — of balking at the prospect of having illegal immigrants released into their safe harbors by the administration.

….So interesting to see the Mayor of Oakland and other Sanctuary Cities NOT WANT our currently “detained immigrants” after release due to the ridiculous court ordered 20 day rule. If they don’t want to serve our Nation by taking care of them, why should other cities & towns?

Democrats must change the Immigration Laws FAST. If not, Sanctuary Cities must immediately ACT to take care of the Illegal Immigrants – and this includes Gang Members, Drug Dealers, Human Traffickers, and Criminals of all shapes, sizes and kinds. CHANGE THE LAWS NOW!

So does this mean Cher is starting to slowly turn conservative? Don’t hold your breath. Like, not even for a millisecond. It’s highly doubtful she’s having any such conversion away from her deeply entrenched leftism.

No, the only reason she’s suddenly speaking out on this is because it directly impacts her in a negative way now. Funny how liberals tend to shift on issues when they become personal, isn’t it?