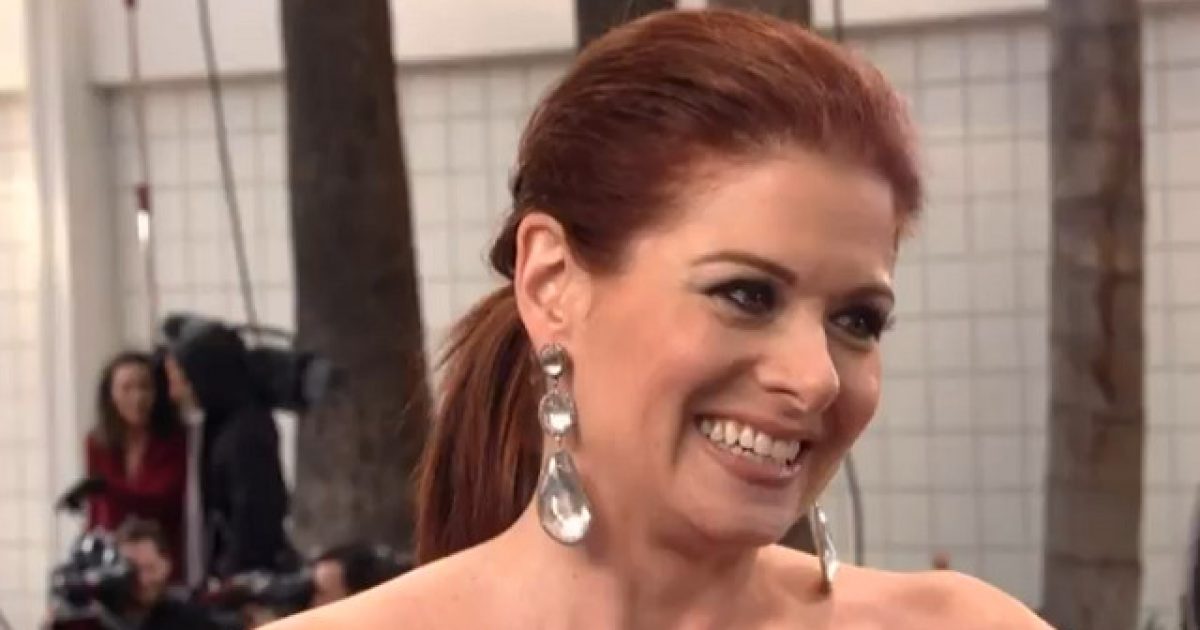 Hollywood actress — and raging liberal — Debra Messing went on a rampage against the U.S. Army and the Department of Defense after discovering that the Army awarded $967 million in contracts to support the building of the border wall, calling them “disgusting and irresponsible.”

Yes, that’s right, y’all. It’s “disgusting and irresponsible” to put the safety and economic security of your own citizens first above that of illegal immigrants. We’re living in a bizarro world where everything is backwards.

This is disgusting and irresponsible. https://t.co/GavGV9VCmD

The article revealed that the Department of Defense released $976 million from its counter-narcotics fund. According to Task & Purpose, a large part of the fund “is made up of money that the Army did not spend for personnel costs because it failed to meet its recruiting goals, defense officials said.”

The DOD said in a release that border construction work will be performed in and around Santa Teresa, New Mexico, and Yuma, Arizona. Expected construction completion dates are October 2020 and September 2020, respectively.

Liberals like Messing want to protect the right to murder the unborn, while simultaneously screaming their lungs out about how much of a horror it is to separate illegal immigrant children from their parents.

Yeah. Sorry about that, but that’s not how reality works. You can’t claim to have the moral high ground when you fully support the murder of innocent children. On top of that, any measures taken to seal the border are not racially motivated so it’s time for left-wingers to stop all that noise.

The border wall is about securing this nation against potential criminals who want to come into our country and let their dark side run amok. We simply must defend our citizens from such individuals. It’s one of the few legitimate uses of a government.

It’s time for Messing to stop spouting off old, tired talking points and look into the facts for herself. It’s difficult at first, but there’s much freedom in feeding one’s self the truth.