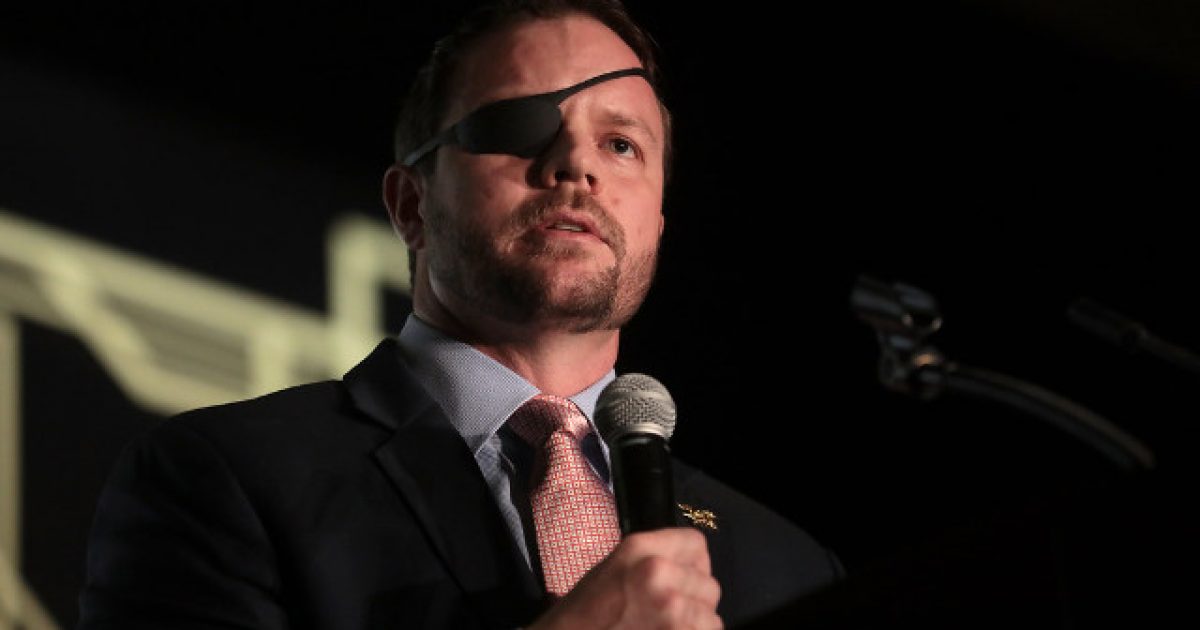 Rep. Dan Crenshaw unleashed on a proposal made by Democratic presidential candidate Sen. Elizabeth Warren to put the cost of trillions of dollars of student loan debt on the American taxpayer.

Because, you know, we aren’t taxed enough already, right?

Student loan debt is crushing millions of families. That’s why I’m calling for something truly transformational: Universal free college and the cancellation of debt for more than 95% of Americans with student loan debt. Read all about it here: https://t.co/IG9J5CiNb7

“That’s why I’m calling for something truly transformational,” she continued. “Universal free college and the cancellation of debt for more than 95% of Americans with student loan debt.”

Crenshaw shot down the proposal and explained why he thought her policy was “terribly clumsy” and unfair.

“Loan forgiveness for people making up to $250k?” Crenshaw responded with a link to Warren’s tweet.

“This plan effectively asks all Americans,” he continued, “many of whom never got a degree, to give their tax dollars to people who CHOSE to take out a student loan so that they COULD get a job paying $250k a year.”

Loan forgiveness for people making up to $250k?

This plan effectively asks all Americans, many of whom never got a degree, to give their tax dollars to people who CHOSE to take out a student loan so that they COULD get a job paying $250k a year.

To say this is a horrible idea would be an understatement of near biblical proportions. A college education is not at all a God-given right. It’s a privilege. Big difference between the two.

Someone does not have to go to college. In fact, there are plenty of blue collar trade jobs available right now that actually pay a lot more than most so-called “white collar” jobs in an office.

The problem, of course, is that most young folk today are very self-entitled. The idea of working hard for their living is appalling to them because they feel they deserve to have the finer things in life without all the blood, sweat, and tears that it requires to make success happen.

Since going to college is a personal choice, why should anyone else be forced to pay for someone else’s choices? There are also better ways to pay for college, like working and paying it off as you go, which is what many people do.

The bottom line is taxpayers shouldn’t be paying for someone’s college education. That’s on the individual to take care.