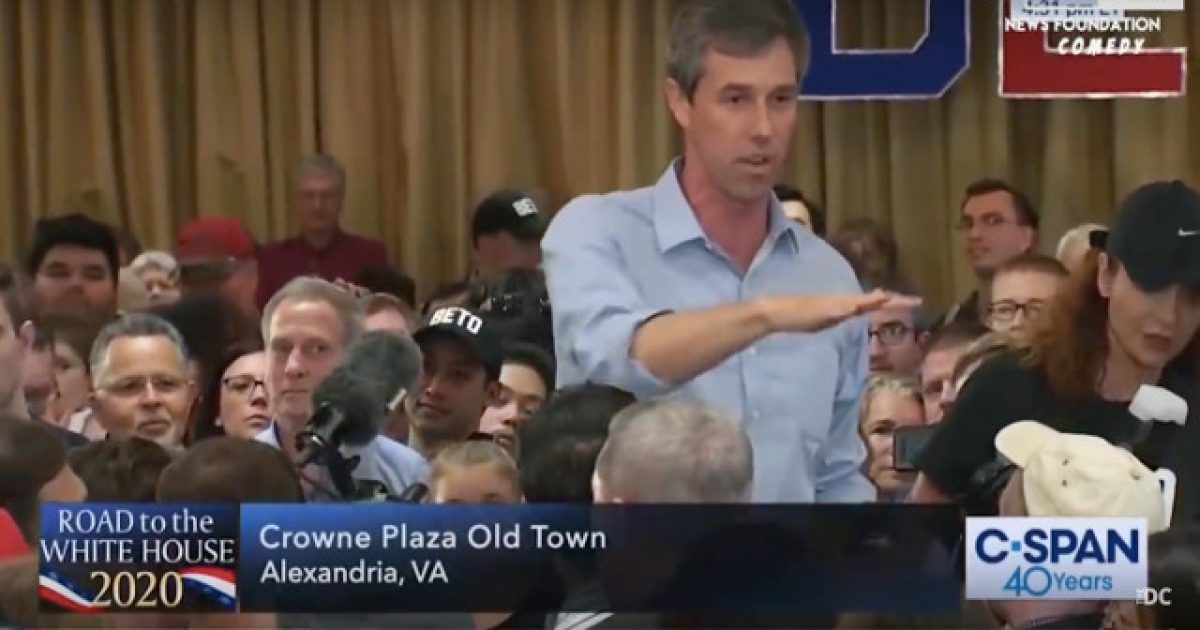 So someone dressed up as Michael Moore decided to crash a Beto O’Rourke rally and boy, oh boy did things get super intense. Well, for the Moore impersonator it did, as the crowd seemingly turned on him, even getting a bit physical.

All in all though, the little prank is pretty entertaining. Here’s more from the Daily Caller:

Moore surveyed the crowd looking for free fast food and comments on O’Rourke as attendees met him with boos. The scene escalated when one man took matters into his own hands, literally.

O’Rourke stopped the rally to address the fracas personally, and it only became more intense from there. Check out the video above to watch the events unfold and the personal back and forth between Moore and O’Rourke in both English and Español.

Too funny. See? This just goes to show you that contrary to what you’ve heard from liberals, conservatives actually do have a sense of humor. Though it’s likely that the left-wingers won’t find much funny about this little stunt.

O’Rourke has got to be one of the strangest Democrats to throw his hat in the ring for president. From his weirdo stories of murdering children when he was a young man to his eating dirt after losing the senate election to Ted Cruz, the guy’s just an oddball and a half.

And his presidential campaign isn’t going so hot right now either. O’Rourke started strong with a record breaking first 24 hour fundraising drive, but things have really went downhill since then.

Could his campaign be collapsing already? Let’s hope so.