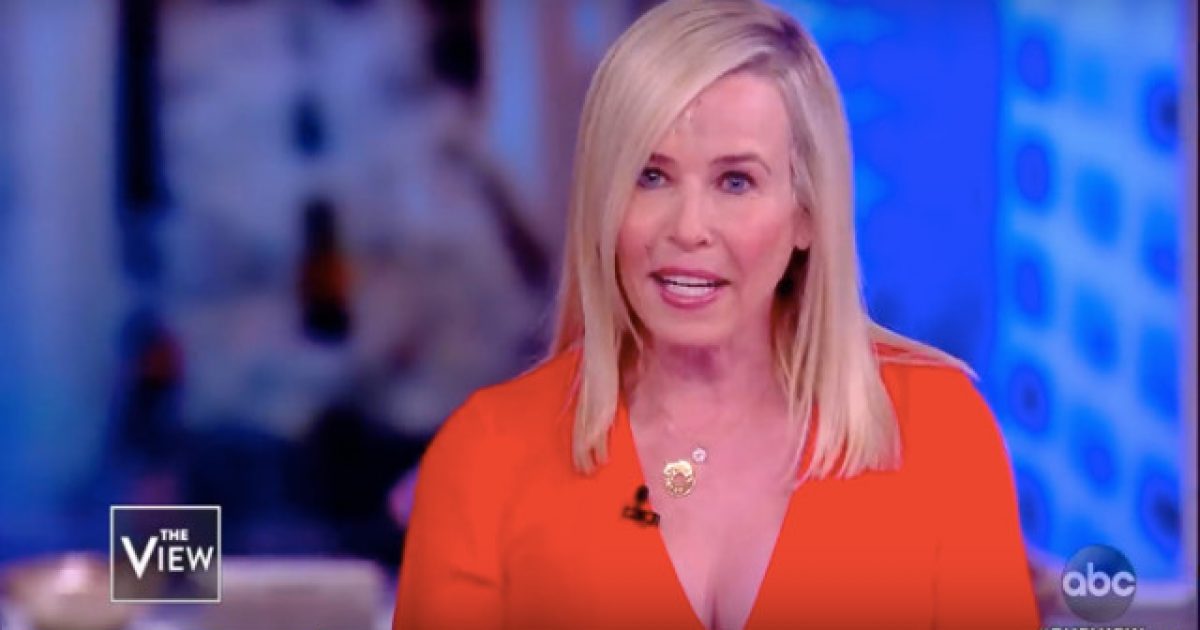 Extremely liberal comedian Chelsea Handler dropped by “The View” recently and stated that the reason she acted like a “spoiled brat” after Trump won the 2016 presidential election is because of her “white privilege.”

The idiocy leaking out of Hollywood just blows the mind, doesn’t it?

“White people certainly don’t want to talk about [race relations and white privilege],” she said. “So I figured, start with myself, so, you know, I can hang myself out to dry at my own privilege, at my own reaction to the presidency.”

“Like a spoiled brat, you know, the way that so many people were crying and screaming,” Handler said of the early days of Trump derangement syndrome. “It was like, ‘Well, nothing in your life has ever gone that wrong before?’ I really had to take a look and go, ‘No.’ Yes, my brother died — that was traumatic and awful. But I’ve never been hungry, I’ve never been starving, I’ve never been discriminated against that I knew about.

“I think it’s important to have uncomfortable conversations about race because we have a big situation that’s happening,” she insisted. “And I thought, like an idiot, Barack Obama being elected was the end of racial tension in this country, and that’s not the case.”

Can you imagine having such a cushy lifestyle that you’re biggest stress in life was that your choice of political candidate failed to win an election? Talk about first world problems. Yikes.

There’s absolutely not justification for being so upset by an election to such a degree you bawl like a petulant child. It’s ridiculous and unsettling to say the least.

This is the kind of mindset most folks have in Hollywood, thus proving beyond a shadow of a doubt the vast majority of individuals in the entertainment industry lack the requisite number of brain cells needed to operate themselves at full capacity.

Hollywood is out of touch with the average American. Period. This proves it.