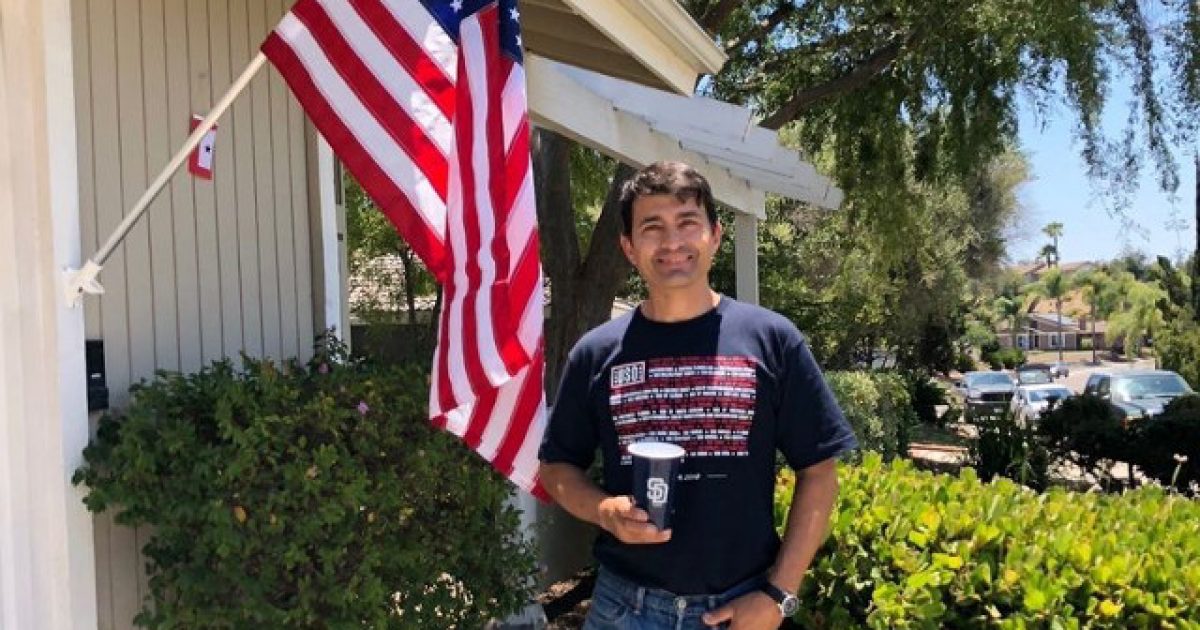 America experienced yet another tragic moment over the weekend when a white supremacist walked into Chabad of Poway Synagogue near the city of San Diego and opened fire, causing one death and three injuries, a shooting that could’ve been much worse if not for the heroic actions taken by former combat veteran Oscar Stewart.

Stewart immediately leapt into action the moment he heard shots fired from an AR-15 rifle. Stewart served time in both the Army and Navy during his time in the military.

Stewart, 51, recalled that he does not remember a single conscious thought between the time the shots began and when the incident was finally over. He just remembers that he acted on instinct, running toward the shots — not away from them.

“Get down!” Stewart yelled when shots rang out, according to witnesses. “You motherf***er! I’m going to kill you!”

“I knew I had to be within five feet of this guy so his rifle couldn’t get to me,” Stewart explained. “So I ran immediately toward him, and I yelled as loud as I could. And he was scared. I scared the hell out of him.”

Stewart said when the shooter opened fire, he was in the back of the synagogue. Unfortunately, by the time the shooter reached the lobby, he had already mortally wounded one woman and shot three others. That’s when Stewart turned the corner and engaged the shooter.

“When I came around the corner into the lobby area, I saw the individual with a gun, and he fired two rounds. And I yelled at him and I must have yelled very loud, and he looked at me, and I must have had a really mean look on my face or something, because he immediately dropped his weapon and turned and ran. And then I gave chase,” Stewart told The Daily Caller.

Witnesses claim that Stewart yelled so loudly that it was as if the sound of four or five men came out of him.

Stewart chased the 19-year-old suspect to his vehicle where he locked himself inside, reaching for another firearm. An off-duty border security officer told Stewart to duck, having been given a firearm by a civilian who fired into the vehicle, intending to disable it. The suspect managed to drive off.

The shooter later turned himself into police, stating he was inspired to carry out the murder spree by the Christchurch massacre in New Zealand.

Thank God for the bravery and courage of Stewart and the border security officer who both put their lives in harm’s way to ensure this psychopath didn’t get the body count he was so richly craving.

These delusional, evil people who carry out these attacks only care about one thing, and that’s attention. They know their lives will amount not to nothing, that they are too lazy to apply their time, energy, and talent to making the world a better place and having their name mean something that way, so they opt to be infamous instead.

Infamous is better than forgotten to these miscreants.

But today isn’t about evil men. It’s about heroes. Heroes like Stewart who aren’t afraid to give of themselves in order to protect others.

This is just one more reason to love those who serve.