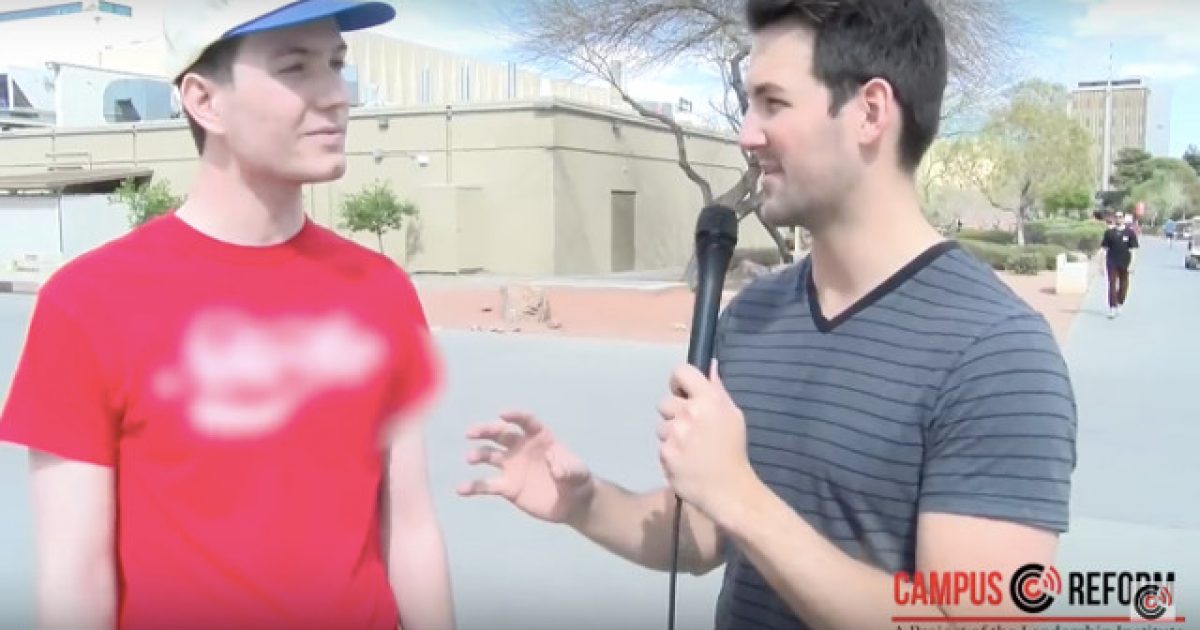 There are at least 18 states in our great nation that offer in-state tuition to illegal immigrants so they can attend college and earn a degree.

Oklahoma and Rhode Island offer tuition through Board of Regents decisions.

Campus Reform’s Cabot Phillips wanted to find out what other students thought of this little arrangement, so he took this information to the University of Nevada, Las Vegas, to hear student opinions on the programs.

The reactions are hilarious.

The reactions were unanimous: Not cool. Here’s a bit of what the UNLV students had to say:

“Why do they get to pay less when I’ve got to pay more?”

“That’s disappointing … because I did quite a bit to earn my college.”

“What do you get for like living here all your life legally instead of like coming here illegally? I dunno. I just don’t think that’s fair.”

“I pay my taxes, I pay my fair share … and someone who comes here illegally … that doesn’t seem fair.”

What’s more, several students said they expressly avoided certain colleges because they would’ve been on the hook for far more expensive out-of-state tuition — which didn’t sit well with them, given illegal immigrants might get to pay in-state tuition at some of those schools.

This is what happens when you take a group of individuals, like illegals, and make them a protected class and provide benefits for them that rewards their illegal activity, instead of catching them here and sending them back home until they come into our country the right way.

If we stopped giving illegal immigrants benefits and allowing them to milk the system and our resources, they’d have less of a reason to come here illegal, and more incentive to enter in through the front door instead of an unlocked window.

It’s nice to see liberal youth waking up to a bit of how the real world works.