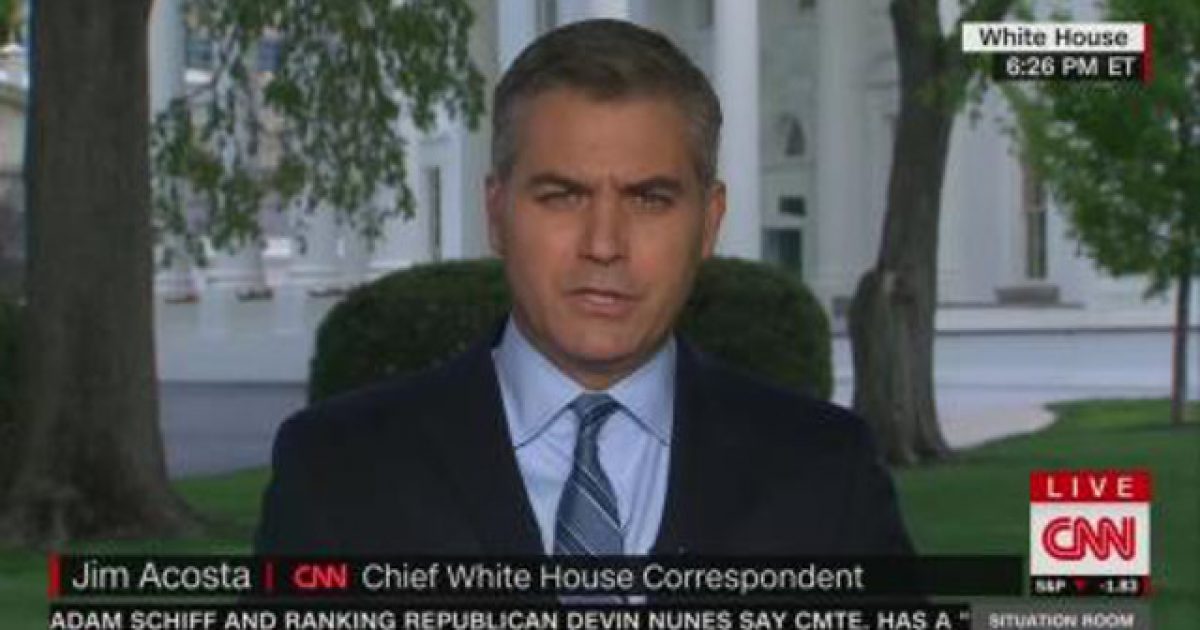 There’s absolutely no question that CNN White House correspondent Jim Acosta is the most obnoxious journalist on the face of the planet. All one has to do to see this is true is take a look at his constant shouting and other assorted rude behavior during presidential press conferences.

And yet, the guy’s being given the “Truth to Power” award from the New York Press Club. Unbelievable. Truly unbelievable.

The Wrap reported that the award honors “an individual whose body of work challenges the power establishment and/or defends journalists.” The establishment being, the Trump administration of course.

Even though Acosta has been with CNN for many years, he didn’t behave this way towards the Obama administration, as you can see in our NewsBusters archive. In fact, he frequently defended and salivated over President Obama and his policies. So it seems he only speaks “truth to power” when it’s a power he doesn’t politically agree with.

Here’s what the NY Press Club had to say about Acosta:

“We are proud to honor a man such as Jim Acosta, who has proven himself throughout his storied, decades-long career to be a journalist of the utmost integrity, ” Jane Tillman Irving, president of the Press Club, said in the release. “For his unwavering commitment to fact and journalism, we are pleased to add to Jim’s many accolades with the Gabe Pressman ‘Truth to Power’ award.”

So the left claims to be in an all-out war against bullying of any kind, yet they give Acosta an award for doing just that? Yeah, something about all of this just doesn’t smell right.

Once again, the left seems incapable of intellectual honesty in the consistent application of the principles they claim to hold dear. If they truly don’t like bullies, why give one an award, thus affirming his poor behavior?

That is not speaking truth to power. It’s being an arrogant blowhard, which sums up Acosta quite nicely.

In fact, Acosta’s abrasive attitude led to his press badge being revoked after he rough handled an intern during a press conference.

Of course all can be forgiven on that account because Acosta is anti-Trump.