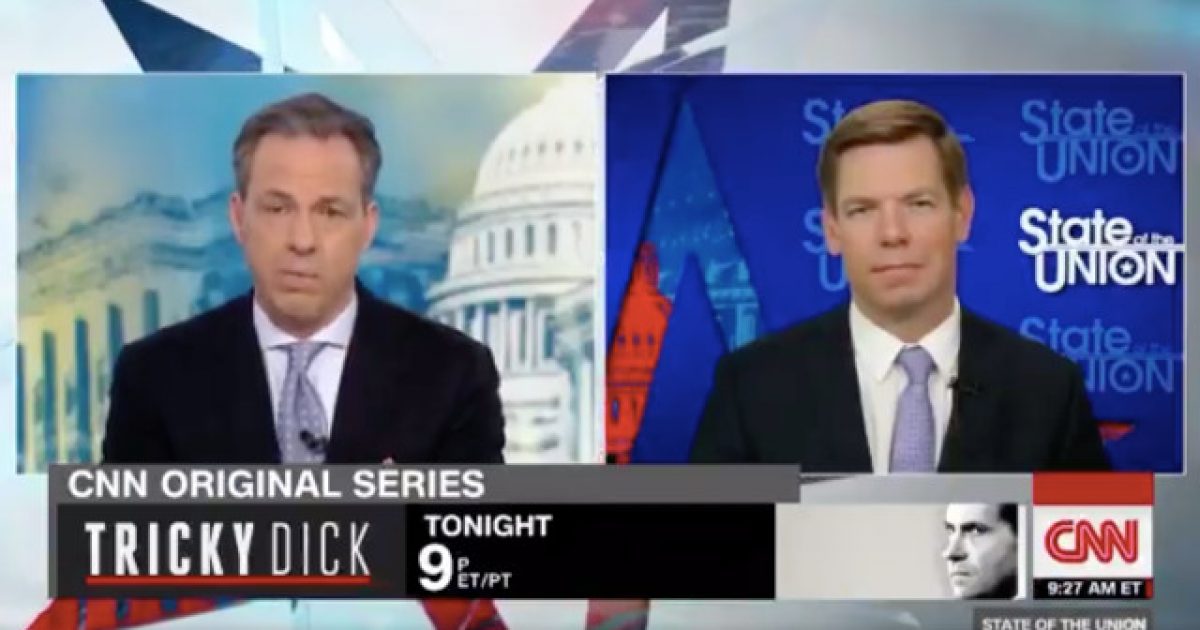 It’s not every day that a host on CNN accurately schools a Democrat on the truth of gun control and gun violence, but it actually happened during Jake Tapper’s “State of the Union” during an interview with Rep. Eric Swalwell, who recently announced that he would be running for president.

Tapper kicked things off by discussing how gun control is a central part of Swalwell’s campaign, noting that he is calling for a ban on military-style semiautomatic assault weapons, along with a buy back program for such firearms.

Swalwell also wants to prosecute anyone who doesn’t comply with the ban. The congressman noted that while folks who decide to disobey the order might face jail time, he also offers the option of keeping “assault weapons” at a hunting club or shooting range.

2020 Democratic presidential candidate @RepSwalwell vows to focus on gun control: “It’s not just the violence that they’ve caused, it’s the fear, the immeasurable fear that our children live in because they’re still on our streets. I want to get rid of that fear.” #CNNSOTU pic.twitter.com/mZfJVHh4Dq

Tapper is right on the money bout the number of gun deaths in America not being the result of “assault weapons.”

A report from the FBI states that between the years of 2010 and 2014, 43,002 murders took place in the United States, with firearms being the main weapon of choice to carry out these atrocious crimes.

Of that number, 70 percent of the guns used were handguns, while only 3.6 percent were rifles.

At the end of the day, this idea of only coming after “weapons of war” is nothing more than an attempt by the left to pop open the door to a complete gun ban. If they can justify banning rifles like the AR-15, how long before they call for a total ban using the same logic?

Especially since that’s the strategy from the very get-go.

The Second Amendment exists to provide us as citizens with the means of defending life, liberty, and property from those who want to take what doesn’t belong to them.

If you get rid of the right to bear arms, it won’t be long until all the other rights disappear. A government should fear the people, not the people fear their government.

It’s tragic things are so backwards these days.