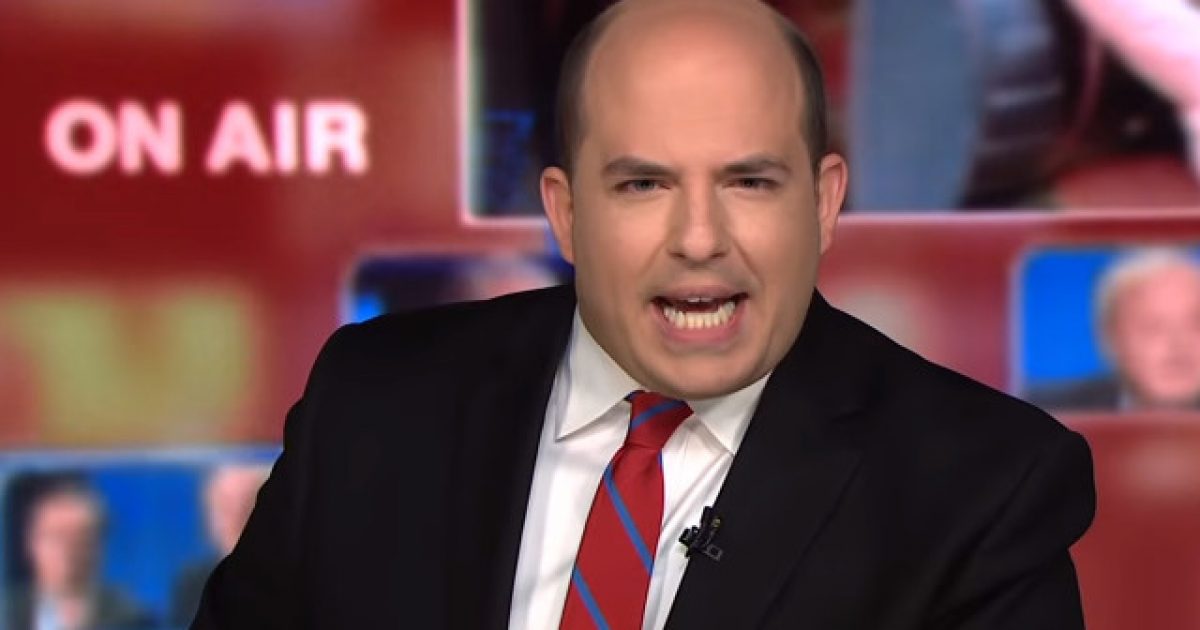 CNN host Brian Stelter decided to pour the drama on rather thickly on Tuesday, claiming that any Trump officials who skipped the White House Correspondents’ Dinner were attacking the media by their actions.

Well, Mr. Stelter, have you not seen how the media treats the Trump administration? Why would anyone want to attend an event where they’re going to be verbally assaulted and repeatedly slammed by a media that makes it clear on a daily basis they hate anything and anyone associated with Trump?

The Washington Times reported on Tuesday that Trump is going to skip the event, for the third year in a row, and that White House Cabinet Secretary Bill McGinley “announced that all Trump administration officials are being ordered to boycott the dinner.”

“The president and members of his administration will not attend the White House Correspondents Dinner this year,” a senior administration official told The Times on Tuesday. “Instead, Saturday evening President Trump will travel to Green Bay, Wisconsin where he will hold a campaign rally.”

In a clip flagged by NewsBusters’ Curtis Houck, Stelter made the remarks on “CNN Newsroom” with Brooke Baldwin.

“It is an awards dinner and a fundraiser,” Stelter said. “In the past, presidents have shown up even if they were angry at the press at any given time and, importantly, it’s useful for White House aide to schmooze with reporters.”

“It’s helpful for us to get to know our sources,” Stelter continued. “There’s some value in these sorts of festive events, but it is, as you said, another example of a tradition at least being put on pause during the Trump age. Here’s what the Correspondents’ Association says. They said, basically, they don’t mind either way and this event is about celebrating journalists and the First Amendment and so the show will go on. There is the statement about this weekend’s dinner and dinners in the future.”

“But look, it’s yet another example of what we’re seeing. This administration’s attack against the media takes many forms,” Stelter concluded. “One form is the President having a rally this Saturday instead of attending the dinner and I do think it matters mostly because what it means about these tensions continuing to escalate. It makes you wonder, you know, there’s been all this talk in the Mueller report about the President making orders, making orders and then being ignored. Yesterday he told Kaitlan Collins nobody disobeys my orders and then what happens today? An order not to attend the dinner this weekend. Makes you wonder if that’s all a coincidence or not.”

Isn’t this precisely the kind of thing we’ve all come to expect from Stelter and the rest of CNN? They have a clear left-wing bias against the president and are looking for absolutely any reason whatsoever to attack him, so again, why would he want to attend such an event?

For two years they pushed the narrative that Trump was guilty of collusion with Russia in tampering with the 2016 election to make sure Hillary lost. An investigation proved that wasn’t the case.

Has the media issued an apology for the way they handled this particular situation? Nope.

Then there’s previous dinners where leftists participated in extremely shameful behavior, like when a female comedian used her time to speak at the dinner to slam Press Secretary Sarah Sanders.

Even if this were an “attack against the media,” it’s one that’s well deserved. If the folks at CNN and other liberal news outlets want to be treated with the courtesy reserved for professionals, perhaps they ought to, well, act professional.