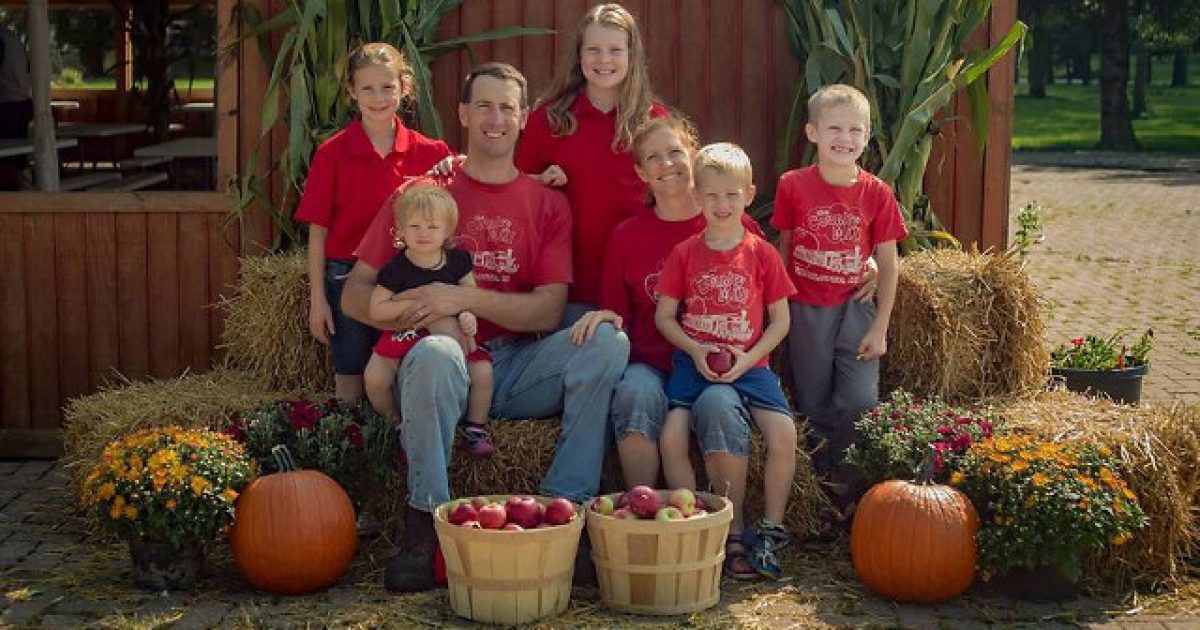 Steve and Bridget Tennes are simple folk who have a simple desire to sell their fruits — which include apples, peaches, and blueberries — in the farmer’s market without getting dragged into the whole same-sex wedding business.

Which is why they are turning to Colorado baker Jack Phillips for help and support. If there’s anyone who knows the struggle and fight before the Tenneses, it’s definitely Phillips.

Phillips has been in the fight of his life ever since refusing to bake a wedding cake for a same-sex couple “getting married” several years back. He’s been persecuted by his local government, been in front of the Supreme Court, and all manner of insanity trying to fight for his right to run his business according to his Christian faith and principles.

The Tenneses, who make their home on the Country Mill Farm with their six children, contend that their Catholic faith has been maligned by East Lansing officials who have sought to bar them from the city’s farmers market over their refusal to host same-sex ceremonies on their property.

That is where Mr. Phillips comes in. It was government animus — in that case, the state of Colorado — toward the Masterpiece Cakeshop owner that swung the Supreme Court’s decision last year in his favor after he refused to bake a cake for a same-sex wedding. If anything, the hostility displayed by East Lansing officials is worse, said John Bursch, senior counsel for Alliance Defending Freedom.

“In the Masterpiece case, the Supreme Court said unequivocally that when the government is hostile toward religion or religious believers, even when there’s a hint of hostility and animus, then that’s enough to invalidate government action,” said Mr. Bursch, who represents the Michigan farmers.

“Here you have government officials from the mayor to the city manager to the City Council making repeated public remarks that the Catholic views on marriage are ‘ridiculous,’ they’re ‘absurd’ and they should be changed,” he said. “The record is full of statements like that.”

The fight, which has been going on for the last three years, is set to go before a federal judge Friday — the day of this writing — in the city of Kalamazoo, Michigan. Mr. Tennes is seeking to obtain a permanent order that would prohibit the college town from being able to block his family’s participation in the farmer’s market.

East Lansing Mayor Mark Meadows is asking for a permanent order in the exact opposite direction, wanting the court to affirm his city did the right thing and state their actions weren’t based on religious hostility.

No matter how you slice the pie, what Meadows and the city government are doing to the Tennes is a violation of the First Amendment. These folks have the right to run their business according to their religious beliefs and abstain from any practice that violates their principles and conscience.

The real question here is whether or not Meadows would be on his high horse over this if they were a Muslim couple? Probably not. He might say this has nothing to do with their religious faith, but it has everything to do it.

The underlying principle is that in a free market system, a person has the right to run a business however they see fit, including denying service for any reason. Sure, that means folks could discriminate against others for stupid reasons, like race, but if that behavior outraged enough people who refused to frequent that establishment, it would go out of business.

We don’t need the government to right every wrong.

Another thing to consider. Should a black man be forced to make a wedding cake for a racist white couple? What if a white man wanted a KKK cake? Or a Nazi symbol? If you don’t think a Jew should be forced to make that cake because it’s offensive to that person’s beliefs, then you’re not applying this principle fairly and clearly have a bias against Christianity.

Let’s hope the court makes the right decision and upholds the Tennes’s right to freedom of religion and the expression thereof.