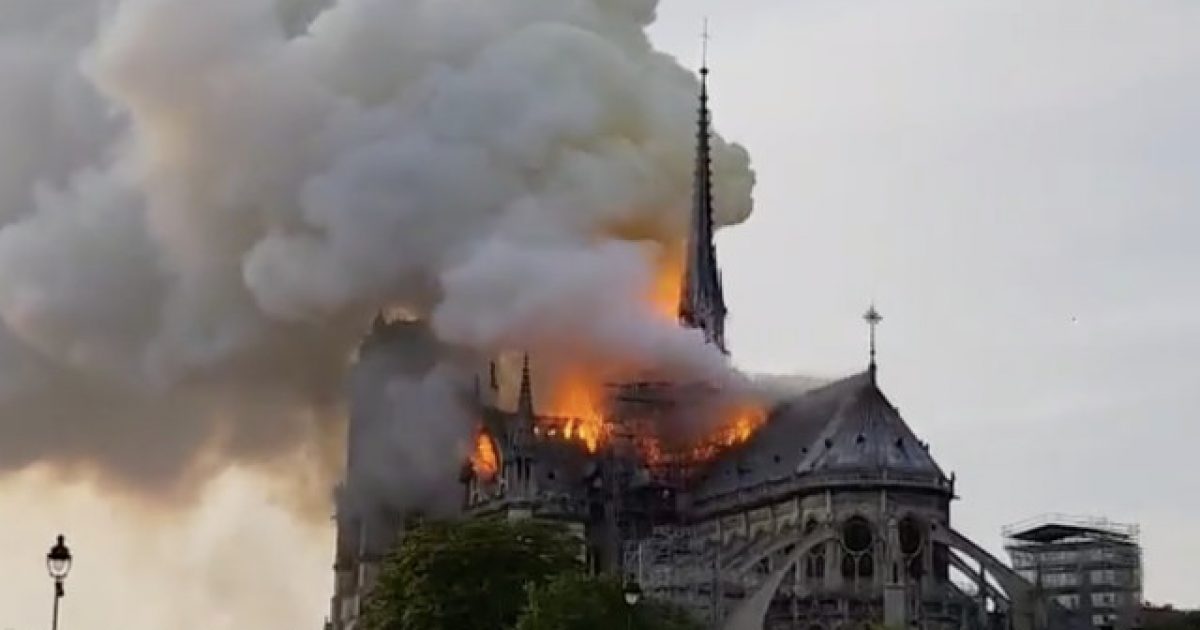 Liberals like to demonize anyone who makes a lot of money, making them out to be some sort of soulless group of individuals who only care about money and never use their vast resources to help others.

Granted, such a thought might be true when it comes to the billionaires that are part of the Democratic Party — which aren’t many in number, by the way, for obvious reasons — but as it turns out, the vast majority of folks are good natured and looking for ways to help others.

Like the French billionaires who have now pledged $450 million to repair Notre Dame Cathedral after the devastating fire that left the architectural work of art in ruins.

On Monday, a fire destroyed the roof and spire of the cathedral. Firefighters managed to put out the blaze before it destroyed the building’s two towers. Artifacts inside, including what is believed by Catholics to be Jesus’ Crown of Thorns, a piece of the True Cross, and a nail from the Crucifixion, were all saved. Pieces of artwork from inside the building were also rescued. No one was injured in the fire.

While the exact cause of the fire is still unknown, French authorities have speculated that it may have been related to the restoration work that had been going on at the time. It is not yet clear what the cost of repairs will be. The interior of the building had largely been saved due to a stone vault ceiling underneath the now-destroyed wooden roof.

Those committed to helping pay for the restoration include actress Salma Hayek’s husband, François-Henri Pinault, the head of luxury conglomerate Kering, and his father who together pledged 100 million euros, or $113 million. In a statement posted on Twitter, Pinault said, “Faced with this tragedy, my father and I have decided to contribute to the funds needed to fully rebuild Notre Dame de Paris, in order to bring this jewel of our heritage back to life as soon as possible.”

This just goes to show how much good those who are successful are capable of doing with the vast resources they have worked so hard to obtain. Being rich is not a bad thing, contrary to what the left might tell you.

Sure, there are upper class jerks who take the money and become greedy and obsessed with keeping cash just for themselves, but there are poor people who idolize money too. Making an idol out of money doesn’t necessarily mean having a lot of it.

Neither rich nor poor are “bad people,” as groups, so such thinking needs to be put out to pasture.

Here’s to hoping these folks and others in similar positions are able to contribute to the restoration work of this beautiful cathedral and may it be more glorious than ever before.