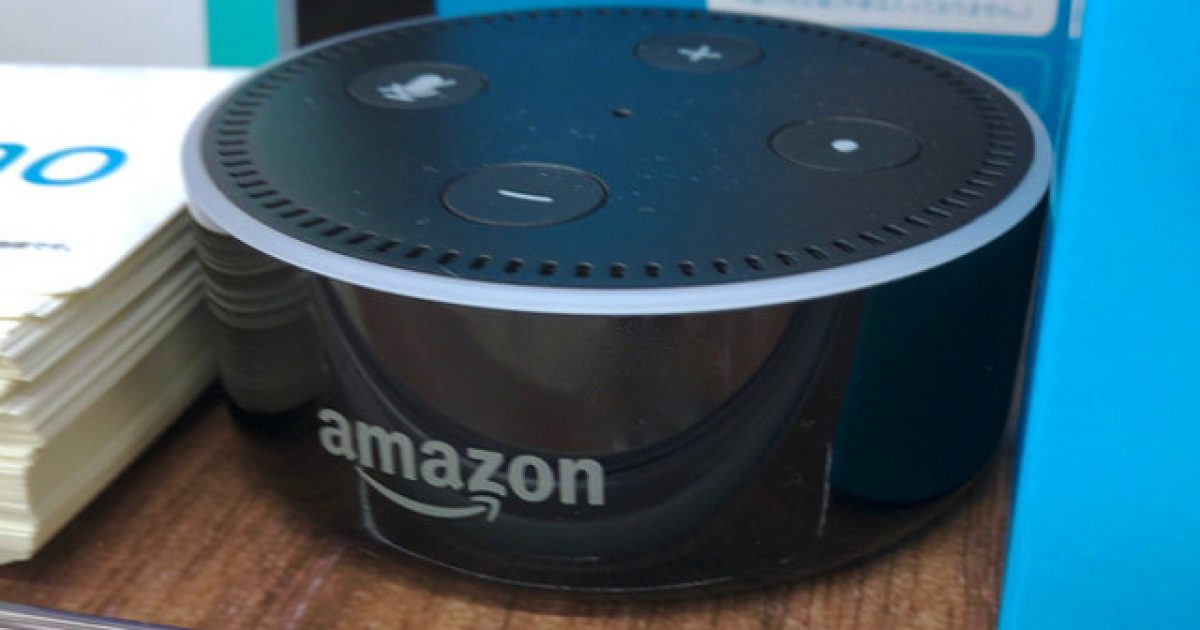 You know all the paranoia you’ve been hearing online about Amazon’s Echo speakers featuring Alexa, a digital assistant, listening to private conversations?

Turns out it’s not paranoia. That’s actually happening and Amazon has admitted it.

Guess the tinfoil hat crowd isn’t as wacky as everyone thought, huh?

Bloomberg reported that Amazon has teams of folks around the world tasked with transcribing recordings pulled from Echo customers’ homes and offices. In one shift, the analysts will listen in on as many as 1,000 clips, which the firm says is minuscule considering the tens of millions of people who own the systems.

A company spokesman explained, “We only annotate an extremely small sample of Alexa voice recordings in order [to] improve the customer experience. For example, this information helps us train our speech recognition and natural language understanding system, so Alexa can better understand your requests, and ensure the service works well for everyone.”

But the revelation confirms the fears of those who have warned against trading privacy for convenience. Two Amazon workers speaking on the condition of anonymity told Bloomberg that users frequently ask Alexa questions like, “Do you work for the NSA?” or “Is someone else listening to us?”

According to the Mail, Amazon workers have admitted to listening in on people singing in the shower, discussing bank account details, and conducting other intimate exchanges. Staffers have also raised the alarm when overhearing distressing situations like a child calling out for help, and instances where a sexual assault might have occurred.

Experts say it’s only a matter of time before law enforcement is allowed to listen to recorded conversations that Alexa has heard, a revelation that should chill any small government conservative to the bone.

Robert Graham, a security consultant, conducted an interview with Gizmodo a few years back where he stated that laws will likely be passed that will grant police permission to remotely activate these devices and eavesdrop on “suspects,” similar to what Big Brother does in the harrowing George Orwell novel, “1984.”

There are many instances where modern technology improves lives and provides a ton of benefits for our society, but anything that opens the door for government to intrude further into our lives is not at all a good advancement.

We as a nation are already headed toward the idea of “thought crime,” especially if you look at all the folks who have lost jobs or had their lives ruined for simply believing differently from mainstream progressives.

Could Echo and Alexa be tools used to enforce thought crime laws? Such an idea seemed pretty absurd a few years ago, but now, not so much.

If you’re considering one of these devices, it’s probably a good idea to pass on that and use your money for something more worthwhile.