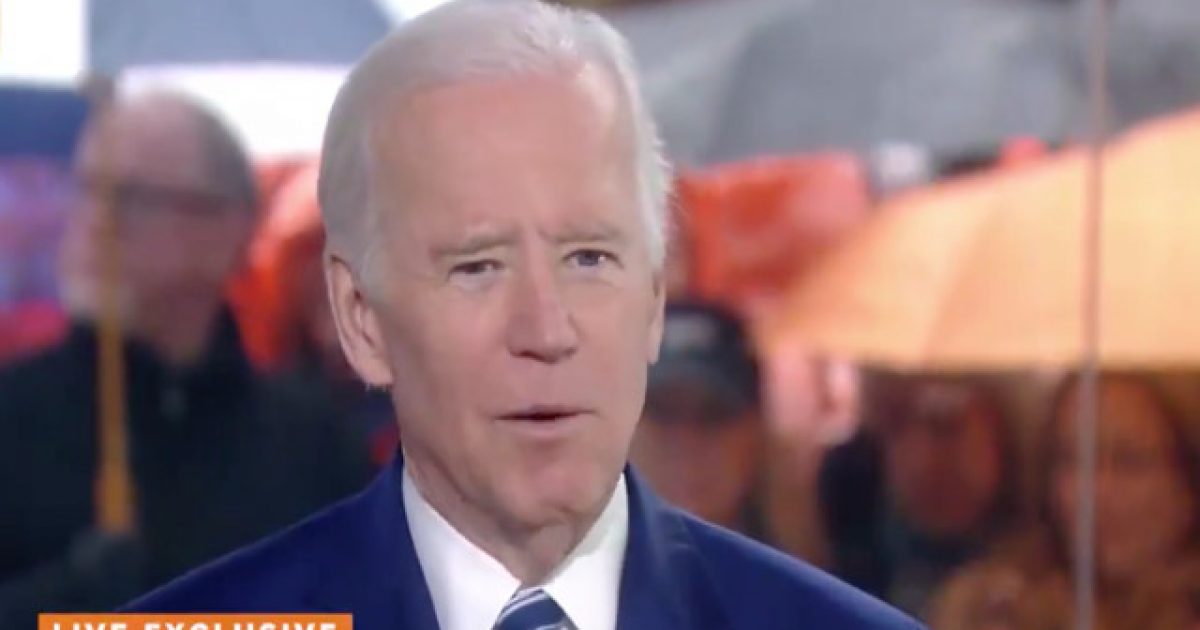 Former Vice President Joe Biden, who announced on Thursday he’s running for president for the third time, is already getting slammed and raked over the coals for various political infractions he’s made over the years.

One of the latest controversies he’s wrapped up in includes criticism for a social media post featuring a picture of him and Obama that many on the left say is “racist.”

On the same day Biden announced and was snubbed an endorsement from former President Barack Obama, Team Biden posted a series of photos to Instagram which later collectively read as a quasi-campaign sign. One of the posts was a photo of Biden standing alongside Obama; a large letter “N” is superimposed on the left side of the photo, where the former president is standing. 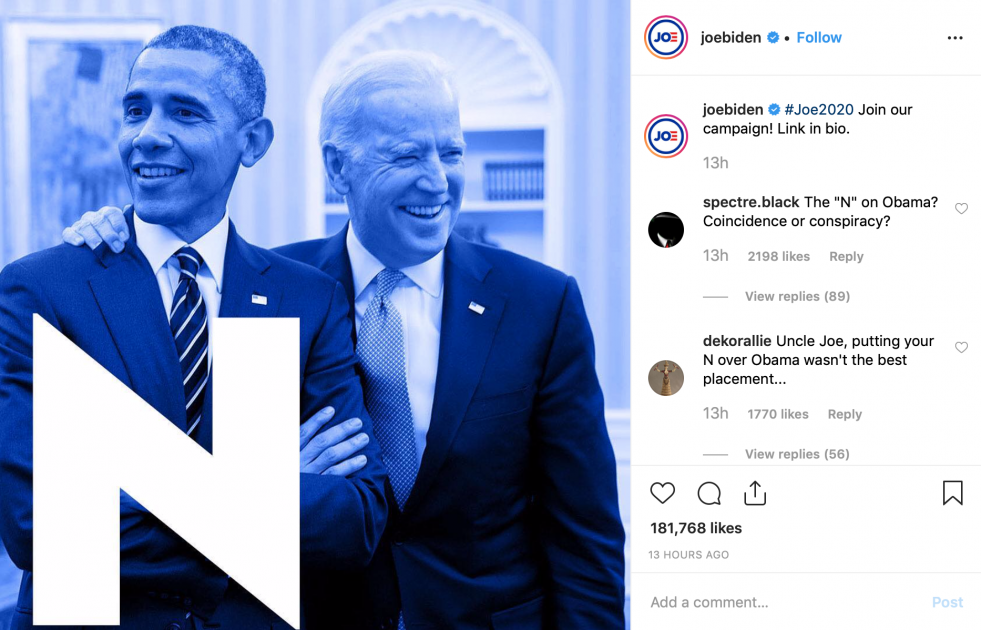 He also highlighted a controversial statement Biden previously made about Obama. “I mean you’ve got the first sort of mainstream African American who is articulate and bright and clean and nice looking guy,” Biden said back in 2007. “I mean that’s a storybook man.”

The “N” on Obama? Coincidence or conspiracy?

Well this one didn’t turn out well. Time for a new social media manager. Don’t get me wrong, I’d like a Biden presidency. But since this is the only post that showed up in my feed, it looks racist af.

‘N’ ON A PHOTO WITH OBAMA? I mean, could have chosen a different photo

Anyone with half a brain could tell from the larger mosaic this picture — which is just one piece of a grid photo — wasn’t intended to bash the former president with a racial slur. 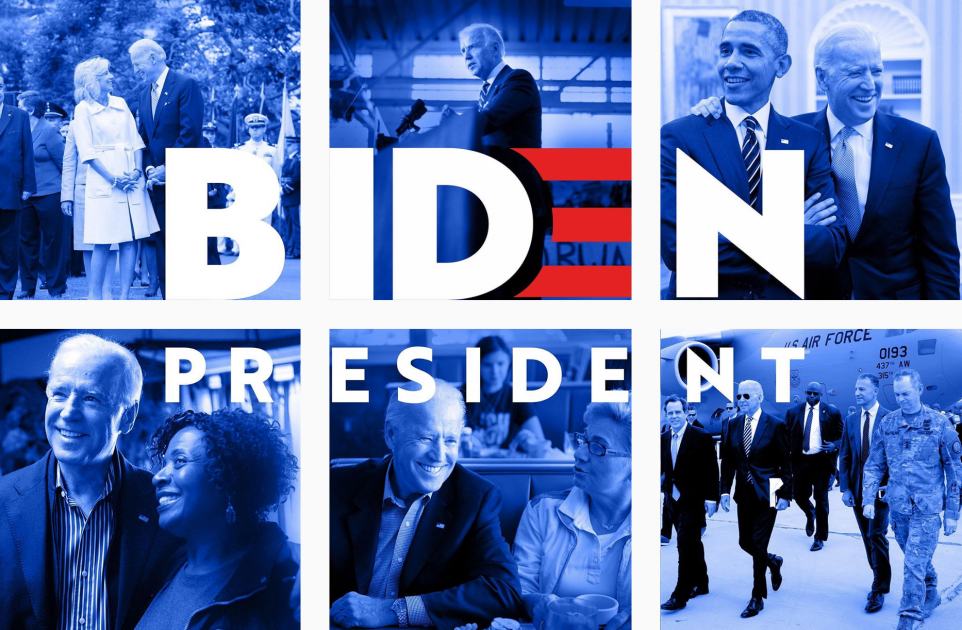 This really shouldn’t be any sort of cause for alarm, but given the fact that Biden is basically part of the political establishment, which many young radical liberals are extremely upset with, it makes sense that these sort of attacks would be launched against the guy.

Let’s just say the road to the Democratic Party nomination isn’t as easy as Biden might think it is.