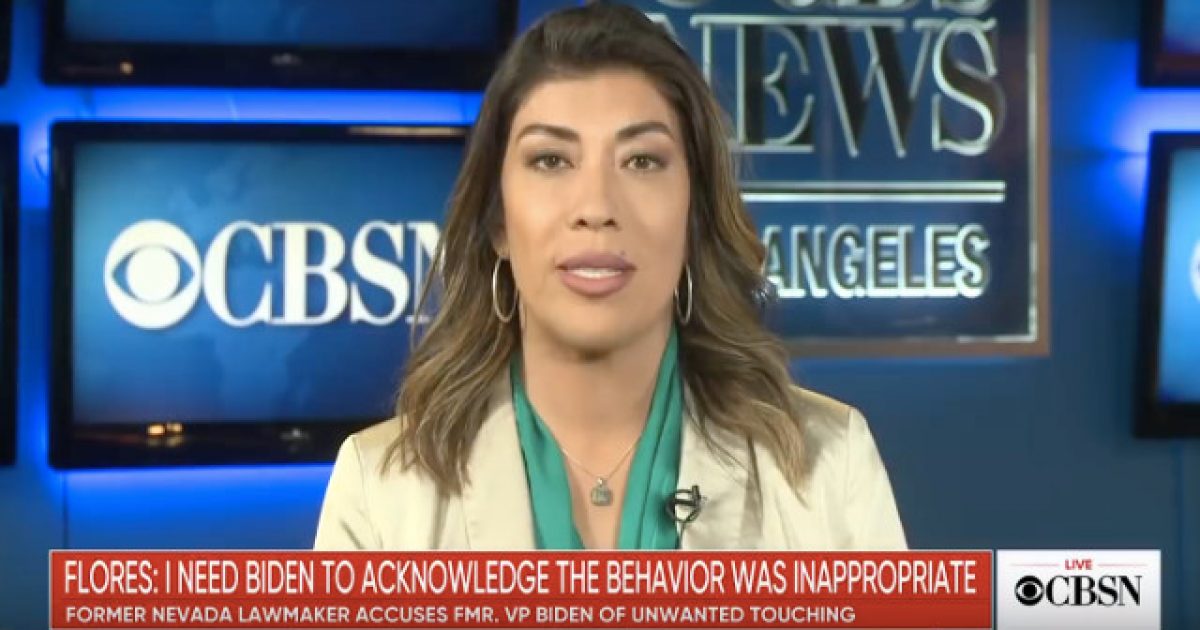 Former Nevada lawmaker Lucy Flores recently accused former Vice President Joe Biden of inappropriately touching and kissing her at a 2014 political event, yet apparently that’s not going to be enough for her to not support him should he land the Democratic Party nomination for president and go toe-to-toe with Trump in 2020.

Makes total sense to vote for a man you claim victimized you to be president, right?

This is how much the left hates the president. They’d actually let a person who violated them take the highest office in the land if it meant getting rid of President Trump. Sickening.

However, Flores said she wouldn’t support Biden during Democratic primaries: “In the context of [Biden’s] entire history … he’s not someone I would support in the primary,” she said.

Flores pointed to Biden — who chaired the Senate Judiciary Committee during the confirmation of Clarence Thomas as a Supreme Court Justice in 1991 — saying he wished he “could have done something” to help Anita Hill, who accused Thomas of sexual harassment.

“You actually could have done more,” Flores said of Biden to CBSN. “You were the chair.”

She also noted Biden’s previous anti-abortion stances as a reason for non-support.

After a second woman came forward on Monday to claim Biden acted inappropriately with her, the former VP issued the following statement:

“In my many years on the campaign trail and in public life, I have offered countless handshakes, hugs, expressions of affection, support and comfort. And not once — never — did I believe I acted inappropriately. If it is suggested I did so, I will listen respectfully. But it was never my intention.”

This, of course, is simply not enough to assuage the modern day left-wing feminist because he’s not “acknowledging his inappropriate behavior.”

“I think that in terms of when he talks about his motivation … we really need to also acknowledge that … it’s not about the intent, it is about the person on the receiving end of that behavior — that unwanted behavior — and the way in which it makes that person feel, especially, especially in a situation where you have that kind of a power imbalance going on,” Flores said.

The Democratic Party and their ideology are a complete and total mess. Nothing but a stewing pot of chaos and poorly thought out policies that are incoherent and impossible to fit together in a cohesive worldview.

You have people on one side of this argument from the left defending Biden, likely because they want him to run for president. These people claim to be feminists and vehemently protested against Brett Kavanaugh’s being confirmed as a Supreme Court justice, saying “believe all women.”

Then Flores comes out and claims Biden was inappropriate and suddenly “believe all women” goes right out the door.

It seems virtually impossible for these folks to be consistent in what they believe and what they practice.

Welcome to 21st century liberalism, which is indeed, a mental disorder.