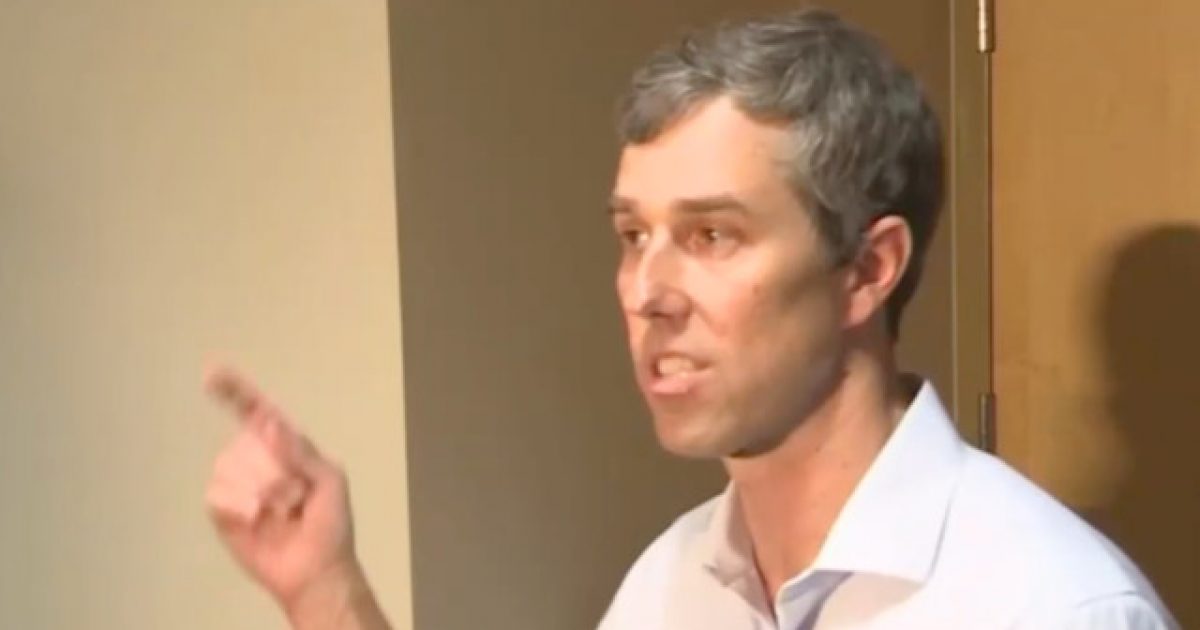 Failed senatorial candidate Beto O’Rourke started out his presidential campaign fairly strong, blowing folks out of the water with his initial fundraising push, but alas, it doesn’t seem the upward trend is going to continue.

When O’Rourke first announced his candidacy, he raised a whopping $6.1 million in under 24 hours, smashing the previous record held by everyone’s second favorite Democratic socialist, Sen. Bernie Sanders. And that’s where the good news ends.

But unlike Sanders, O’Rourke’s numbers haven’t gone up since he announced his interest in the 2020 Democratic presidential nomination, and according to Politico, he’s mired in the middle of the pack, competing against only second-string candidates.

Sanders is “far ahead” in both polling and fundraising (though he’s still running several points behind former Vice President Joe Biden, who hasn’t even entered the race yet), and O’Rourke is now trailing South Bend, Indiana, Mayor Pete Buttigieg, who quickly supplanted O’Rourke as the young upstart Democratic “golden child,” raising an impressive $7 million in just a few days on the stump, and drawing much larger crowds and much more media attention.

Beto’s also having a tough time drawing audiences in early primary states like Iowa. According to Washington Examiner reporter Joe Simonson, who has been following both O’Rourke’s and Sanders’ campaigns around Iowa, there’s no question who voters are more interested in.

beto had a hard time filling the room, my latest from iowa cityhttps://t.co/a6nWovkfNi pic.twitter.com/DYa6etGgq6

As if that’s not sad enough, there were a bunch of students who attended O’Rourke’s event in order to receive extra credit for their college courses.

The media buzz around O’Rourke has also faded, slowly but surely pushing him toward the edge of obscurity and eventual failure. And it’s way early in the election season too. Yikes.

Is this really all that surprising? The guy has been getting up on countertops, spewing out the same old tired Democratic talking points stop after stop on the campaign trail. On top of that, you have the stories breaking about his weird fiction stories from his youth that are about killing children, his eating dirt after losing the 2018 senate race in Texas, and the fact he tried to trick his wife into eating baby poop.

It doesn’t seem that far out there that people wouldn’t want this guy as their pick for president.

Will O’Rourke be the first casualty of the 2020 election, the first candidate to implode and fail? It’s too early to say, but it sure isn’t looking promising for the guy.