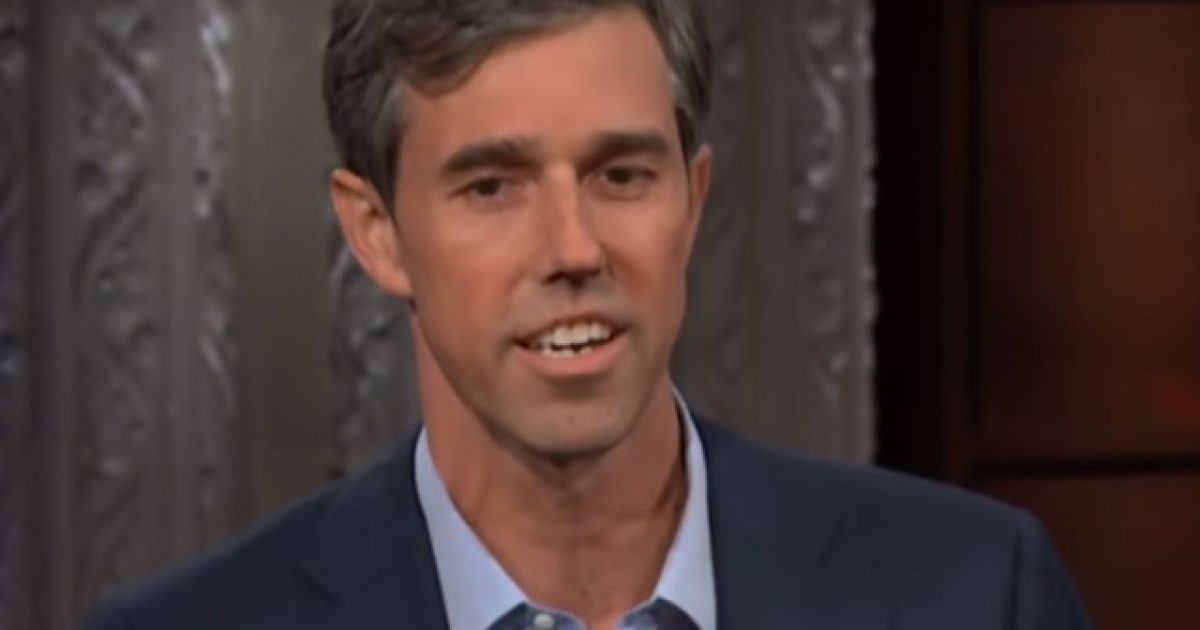 So it turns out Democratic presidential candidate Beto O’Rourke and his blushing bride aren’t much for giving money to charity, but hey, it’s all good, because according to Beto, his being in office and running for president is his sacrifice for the good of the community.

If you now feel like vomiting, feel free to pull out a barf bag and go for it, because this is pretty vile and disgusting.

Here’s the background: Recent analysis of tax documents from 2020 Democratic presidential candidates puts O’Rourke at the bottom of the list of Democratic donors to charity. In fact, the O’Rourkes reported donating only $1,166 out of $370,412 in 2017. That’s 0.3 percent.

When asked about the paltry percentage at a recent campaign event in Virginia, the Texas Democrat countered by saying that he gives in ways that can’t be quantified on a tax return, like running for president.

“But I will tell you, I’m doing everything that I can right now, spending this time with you — not with our kiddos, not back home in El Paso — because I want to sacrifice everything to make sure that we meet this moment of truth with everything we’ve got.”

There’s no universe in existence where this comment doesn’t eventually come back to bite O’Rourke square in the backside. Who would be so arrogant as to assert they didn’t need to give to charity because their being a public servant — a handsomely paid position — is their “sacrifice?”

This guy literally does nothing. Absolutely nothing. And he gets paid for this nothing that he does. Yet we’re supposed to believe this is all some grand Christ-like sacrifice for the sake of a better country?

This guy can’t be for real. Say what you will about Trump, but he’d never say something like this. It’s a truly putrid statement, one that O’Rourke should be ashamed of.

On the other hand, Beto is essentially exposing the hypocrisy of the left, because how many of these folks probably think and act just like him on this topic?