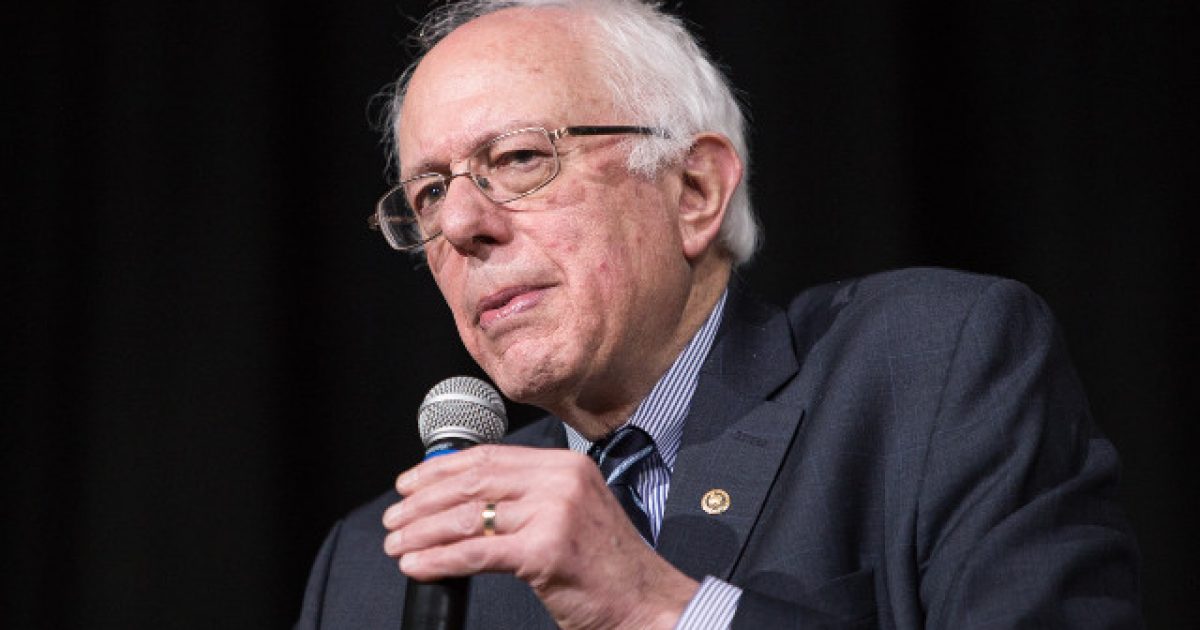 Everyone’s second least favorite Democratic Socialist, Sen. Bernie Sanders, who once again is running for president, decided to release his tax returns, a move he likely instantly regretted once folks got a look at what he does with his money.

Keep in mind that Sanders, as a socialist, preaches passionately against selfishness and greed when it comes to the upper class — which he is ironically a part of — yet his income taxes indicate he doesn’t exactly practice the principles he himself espouses.

Gee, what a generous soul.

Is that what they mean by the 1%? https://t.co/bmELZgfLIZ

That's not even ONE PERCENT of his income!

He wants to jack up your taxes for welfare, but didn't kick in anything to help the folks he allegedly cares SO much for. https://t.co/cWBzsawiNq

Couple points:
1. He is under no obligation to give away his money.
2. That said, why didn't he give it away…if he thinks its not really his money…but community property?
3. It does show he is more charitable with other people's money than he is with his own. https://t.co/h54SMxzFn5

Considering how stingy Sanders is when it comes to charity, let’s review what he has said about people who make a lot of money and greedily hold on to it: Writing in the Burlington Free Press in May, 2011, Sanders stated, “As Vermont’s senator and a member of the Budget Committee, I will not support a plan to reduce the deficit that does not call for shared sacrifice … At a time when the top one percent earns more income than the bottom 50 percent, we must ask the wealthiest people in this country to start paying their fair share of taxes … Every segment of our society, including those who have money and power, must contribute and must sacrifice.”

For the kickoff of the 40th annual Chittenden County United Way fund-raising drive in Burlington, Vt., the sponsors considered themselves fortunate to have as guests Mayor Bernard Sanders of Burlington and Gov. Richard Snelling of Vermont. But the charity workers heard the sort of things they wanted to hear from only one of their guests. ”I don’t believe in charities,” said Mayor Sanders, bringing a shocked silence to a packed hotel banquet room. The Mayor, who is a Socialist, went on to question the ”fundamental concepts on which charities are based” and contended that government, rather than charity organizations, should take over responsibility for social programs.

And that’s just the beginning of the insane hypocrisy of Bernie Sanders, who says he’s a socialist with his mouth, but acts like a capitalist with his hands.

Funny how that works, right?

If you’re going to rail against the rich and all of the opportunities they’re given that other people aren’t, perhaps you shouldn’t act like the very people you claim to despise and hide in the shadows? Just a thought.

How can anyone with a total of two working brain cells ever want to vote for a man like this?