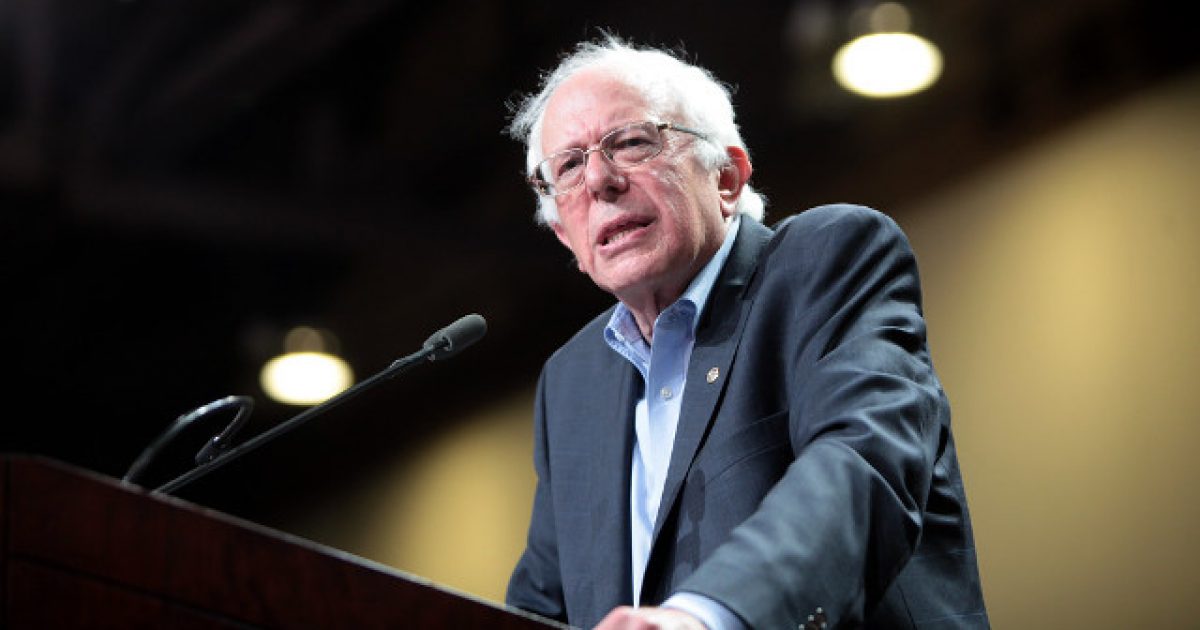 Democratic socialist and current Democratic presidential candidate Sen. Bernie Sanders has what he calls a “truly heroic” idea for what Disney can do with all of the billions of dollars it’s making with their smash hit, “Avengers: Endgame.”

“What would be truly heroic is if Disney used its profits from Avengers to pay all of its workers a middle class wage, instead of paying its CEO Bob Iger $65.6 million — over 1,400 times as much as the average worker at Disney makes.”

What would be truly heroic is if Disney used its profits from Avengers to pay all of its workers a middle class wage, instead of paying its CEO Bob Iger $65.6 million – over 1,400 times as much as the average worker at Disney makes. https://t.co/NrcFSk4LZc

So just how much money is Disney’s latest Marvel film pulling in? In numbers that are blowing away even the most optimistic of predictions by the experts, “Avengers: Endgame” managed to earn a stunning $357 million in its opening weekend domestically — burying the previous record held by “Star Wars: The Force Awakens,” which made $248 million in December 2015.

The numbers are just as record-dominating globally: In just its opening weekend, “Endgame” has already made more than $1.2 billion globally, almost doubling the previous record held by the preceeding Avengers film, “The Infinity War,” which earned $640 million globally in its opening weekend. “Endgame” earned $866.5 million in foreign markets, racking up opening day and weekend records in almost all of the major countries, including China, South Korea, and Australia. Box Office Mojo offers some lofty predictions for where “Endgame” will end up:

Looking ahead, forecasting just where exactly Endgame will end up is near impossible, but if we were to compare to Infinity War’s domestic debut, that film went on to gross nearly $680 million at the domestic box office. Should Endgame deliver a similar multiplier we’re talking about a domestic performance topping $920 million, which would put it just shy of the current record domestic gross of $936.6 million set by Star Wars: The Force Awakens back in 2015. Whether Endgame is able to reach that mark will be a story for another day, but it seems safe to assume it will, at the very least, become the second largest domestic release of all-time considering the lowest multiplier for a film in the MCU is Captain America: Civil War’s 2.27x, which would give Endgame a nearly $800 million domestic run.

Here’s a man who absolutely hates the fact that people in this country can become wealthy by coming up with innovative, fresh ideas that provide people with entertainment and a means of escaping from the drab confines of the real world.

The folks who have worked on the Marvel Cinematic Universe tried something that’s never ever been done before in the history of filmmaking. They created a totally interconnected series of individual films that tell a collective story over the course of 22 movies.

That alone is groundbreaking. When you add to the fact that the vast majority of these movies were highly acclaimed, well loved, and made serious bank at the box office, that is almost unheard of, and once upon a time, would’ve been considered impossible.

These folks deserve the money they’re earning for this accomplishment. The art they’ve created has inspired new generations of filmmakers and given us stories that uplift us and give us hope during difficult times. They’ve provided a much needed service and should be rewarded for their efforts.

If low-skilled workers would like to earn more money, they should be learning skills and contributing at higher and higher levels, making themselves valuable to the company for their contribution to the projects. That’s how you move up the ladder and better yourself.

Redistributing wealth does not improve the quality of the work being done. In fact, it causes stagnation in the realm of innovation. Time for Bernie to get a clue.