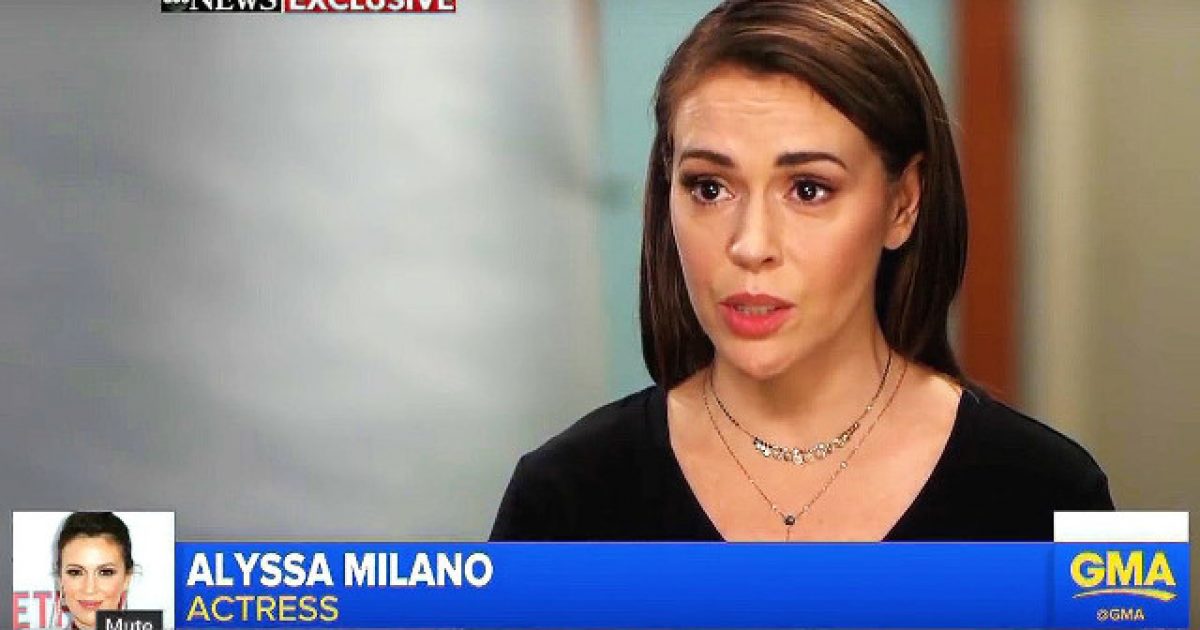 Anyone else sick and tired of seeing washed up actors and actresses trying to revive their careers by becoming political activists? These people are such whores for attention they just can’t help but seek some way to get their names out in the spotlight again.

What’s worse is here we all are, talking about them, giving them exactly what they want. Why? Well, mostly it’s because these folks actually do have sway and pull in the culture at large, thus it’s important to engage them and what they say so there’s a voice of truth to destroy the lies they produce.

Milano recently stated that she loves God. Meanwhile, she twists His Holy Word to support the murder of the unborn. Yeah. Not sure the Lord is “feeling the love,” Alyssa.

I love God. I believe in God.

But I don’t believe my personal beliefs of which we can’t confirm should override scientific facts and what we can confirm.

“If I have told you earthly things and you do not believe, how can you believe if I tell you heavenly things?” John 3:12

This didn’t go over well with the Christian pro-life crowd for obvious reasons:

So… When does a baby in utero become "scientifically" human enough for you to protect their life? https://t.co/YIK98COEnj

Who wants to tell her that the fact that human life begins at fertilization has been scientific consensus for almost a century? https://t.co/aC8X3hl32n

If these babies aren't humans, someone should tell them to stop kicking the sh*t out of my bladder. https://t.co/0FZnxOJlId

Do you think God creates a child in a woman's womb just so it can be killed, or do you think He might have better plans in mind for it? https://t.co/7jbBwKSzsK

This tweet shows that you have very little knowledge of both theology and science.

You don’t have to love God to acknowledge the irrefutable science that a unique, individual human life begins at the moment of conception.

But if you love God, then you also will love His children. He’s a father, and every single one of us are created in His image.

“For it was you who formed my inward parts;
You knit me together in my mother’s womb.
I praise you, for I am fearfully and wonderfully made.
Wonderful are your works; that I know very well.”

Here’s the deal. Human beings don’t like to admit it, but the Bible in the book of Romans states that all of us know deep down that God exists, but we try to suppress that knowledge so that we can be our own gods and not have to bow the knee to the King of Kings and Lord of Lords.

We all have his law written in our hearts. It’s why every society knows that murder is wrong. God’s law is the law of the land, like it or not, believe in Him or not.

God’s law says “You shall not murder.” That’s very clear. Both the Bible and science state that life begins at conception. Therefore, when a woman has an abortion it’s murder. Plain and simple.

Repent and believe. Before it’s too late.