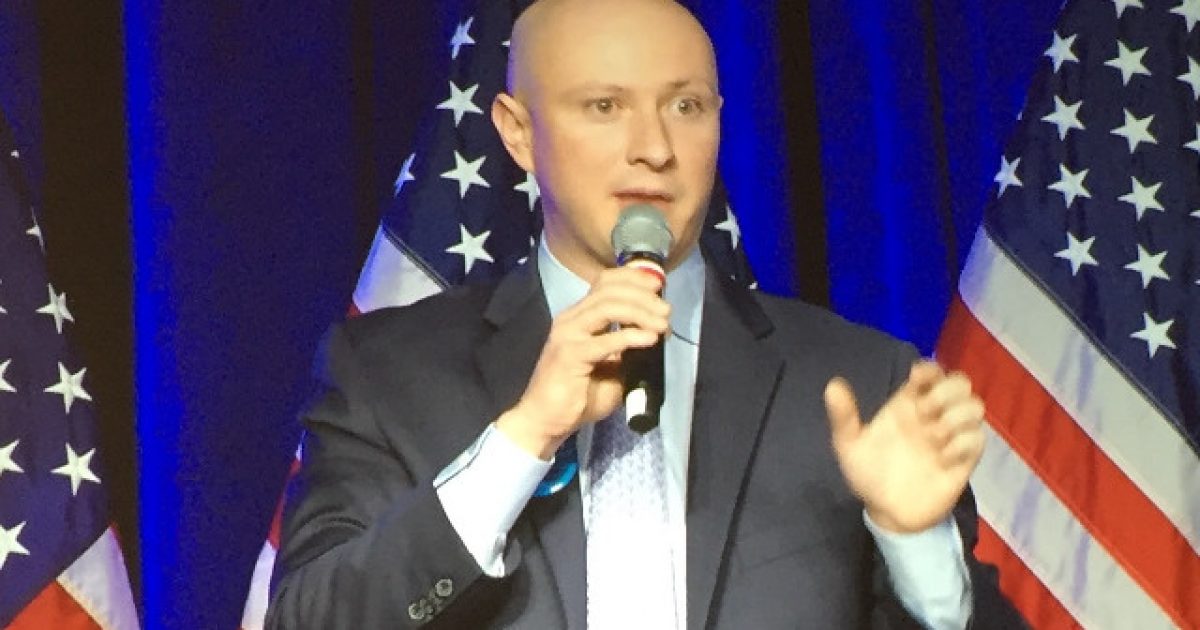 Adam Parkhomenko, a consultant who worked very closely as an adviser to 2016 presidential candidate Hillary Clinton, decided to tweet a video of Sen. Mitch McConnell falling while climbing stairs, mocking him relentlessly for it.

The problem is, McConnell is a polio survivor, a disease which did some damage to one of his legs and contributed to the incident.

Rather than being a decent human being and taking the video down and issuing an apology, the man posted it again. Such a classy guy, right?

The video ended up getting thousands of views and like any attention starved child, he decided to repeat his behavior in the hopes more people would give him the views his soul craves for validation.

Yesterday I posted this new found footage of Mitch McConnell standing up for America. 368,000 views overnight. Mitch McConnell does not want you to let this video get up to 1,000,000 views. pic.twitter.com/PZTGBGOrjt

As many of those who responded to Parkhomenko’s tweets pointed out, McConnell survived Polio as a child. One of the lasting effects of that disease is that he struggles sometimes with stairs.

Some called Parkhomenko to delete the tweet, now that he had knowledge of McConnell’s situation. Parkhomenko declined to do so.

“Weird how we never hear about McConnell’s polio when he’s trying to take away people’s healthcare or looking the other way when Rand goes anti-vaxxer,” Parkhomenko wrote. “I will delete the tweet when Mitch stops trying to take away coverage from those with pre-existing conditions or…in general.”

Weird how we never hear about McConnell’s polio when he’s trying to take away people’s healthcare or looking the other way when Rand goes anti-vaxxer. I will delete the tweet when Mitch stops trying to take away coverage from those with pre-existing conditions or…in general. https://t.co/pBMwpvU8Lm

Parkhomenko was the executive director for the Ready for Hillary super PAC, which pretty much sums up all you need to know about the guy.

Oh and he was a big fan of sullied New York attorney Michael Avenatti. Again, says a lot about his character, doesn’t it?

This guy is pretty much a typical left-winger who would rather express their emotions in a blind rage and take ill conceived personal shots at people rather than using facts and reason to try winning hearts and minds to their cause.

Regardless, this was a classless move. Parkhomenko needs to take down the tweets and apologize. It’s just the right thing to do.