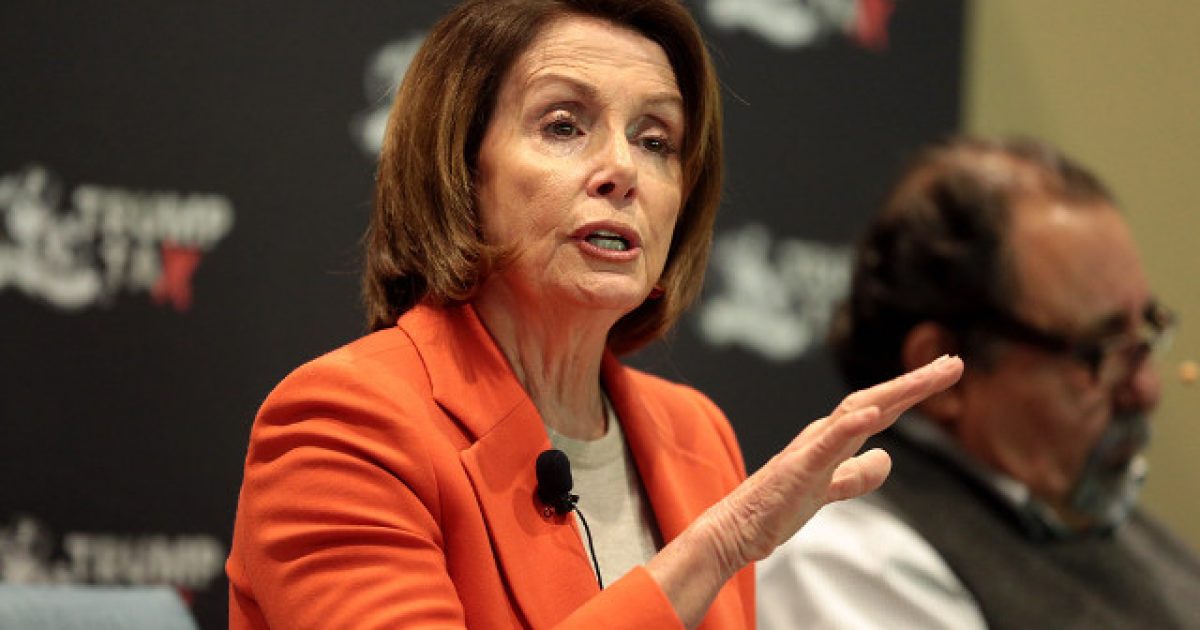 House Speaker Nancy Pelosi was none too happy with the video that President Donald Trump posted on his Twitter account on Friday, which accurately portrayed Rep. Ilhan Omar making light of the horrific terrorist attacks that occurred on September 11.

In fact, she demanded he take the video down, a request that isn’t likely to receive a “yes” answer.

.@realDonaldTrump’s dangerous video must be taken down. I have spoken with the Sergeant-at-Arms to ensure that Capitol Police are conducting a security assessment to safeguard Rep. @Ilhan Omar, her family & her staff. They will continue to monitor & address the threats she faces. pic.twitter.com/Grb9c8S18d

Pelosi’s demand came after Trump tweeted a video of Omar’s exact words describing the 9/11 terrorist attacks as “some people did something” while also showing tragic images from that day.

The video went viral after Imam Mohamad Tawhidi tweeted it on Tuesday with the following message: “Ilhan Omar mentions 9/11 and does not consider it a terrorist attack on the USA by terrorists, instead she refers to it as ‘Some people did something’, then she goes on to justify the establishment of a terrorist organization (CAIR) on US soil.”

Ilhan Omar mentions 9/11 and does not consider it a terrorist attack on the USA by terrorists, instead she refers to it as “Some people did something”, then she goes on to justify the establishment of a terrorist organization (CAIR) on US soil. pic.twitter.com/ixP3BJfqxS

So now the president is supposed to take down a video of someone saying something awful that all Americans, particularly those who voted for Omar, need to know, simply because Speaker Pelosi thinks it’s “inflammatory?”

Omar said something totally atrocious, and it’s not lost on those of us who were around when radical Muslim terrorists killed 3,000 of our loved ones, that this woman is both a Muslim with ties to terrorist groups.

This whole thing is very telling. When combined with her anti-Semitism, it’s clear that Omar doesn’t belong in Congress. You’d think Democrats would agree, seeing as she’s done irreparable damage to their party.

If some wacky GOP congressman said something like this, you could bet your bottom dollar the left would’ve pounced on it in order to to further their agenda.

That’s hypocrisy for you.