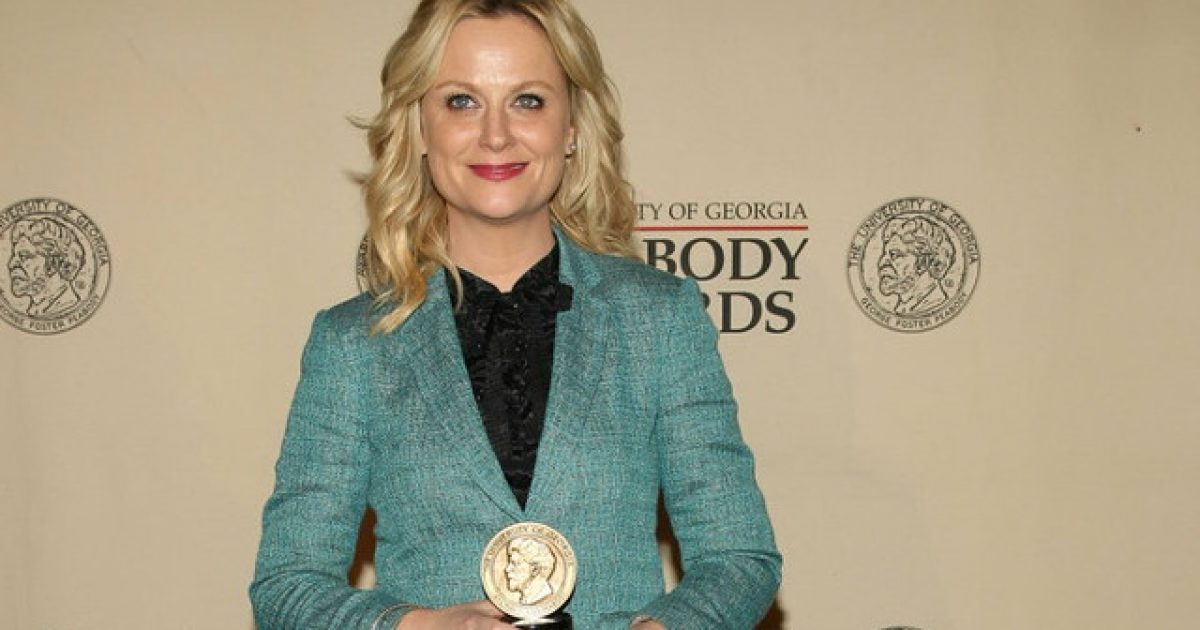 Typically when celebrities weigh in on political matters the comments they say are worthy of nothing more than a brushing of the shoulders and an exaggerated eye roll.

Then there are comments that are so ridiculous and melodramatic that you can’t help make a sound of disgust when you read them.

That sums up the mood you’re going to be in after reading what successful, wealthy actress Amy Poehler said about keeping her anxiety in check while Trump is president during an interview with the Hollywood Reporter.

“Women have been rightly and righteously furious about this administration and have been working together and bonding together just in an attempt to make sense of all of it,” Poehler said. The comedian and actress also said that her sons were personally affected by Trump’s election, because they were so “looking forward to electing the first female president.”

She revealed that her family is even donating money to causes like immigration and climate change.

Calling Trump’s election “so upsetting” and a “huge loss for all of us,” Poehler said that she and her girlfriends text each other daily for support.

Poehler went on to state that she has a difficult time facing the day for fear that something Trump says or does is going to culminate in a brutal anxiety attack.

“It’s really hard to not have a full-on panic attack every day. It’s why people are self-medicating,” she admitted, the outlet pointing out that she “[laughed] hysterically” and “a little maniacally” after making the admission.

How did these kind of people survive back in the days of World War II, when Hitler was on a rampage trying to take over every country on the planet? That was a time of real anxiety and fear, yet the vast majority of folks in the country banded together and did their part to support our troops taking on the bad guy.

People in this generation would melt into puddles of goo on the floor. This is the kind of individual that now populates a lot of mainstream America. That is truly disheartening on so many levels. We used to be a nation that could stand against the worst the world has to offer. Now?

Perhaps people like Poehler need to spend a little more time in the real world, with every day folks?

Might do her some good to see that many of the policies this president has enacted has helped folks, or at the very least not impacted them as negatively as she believes they do.