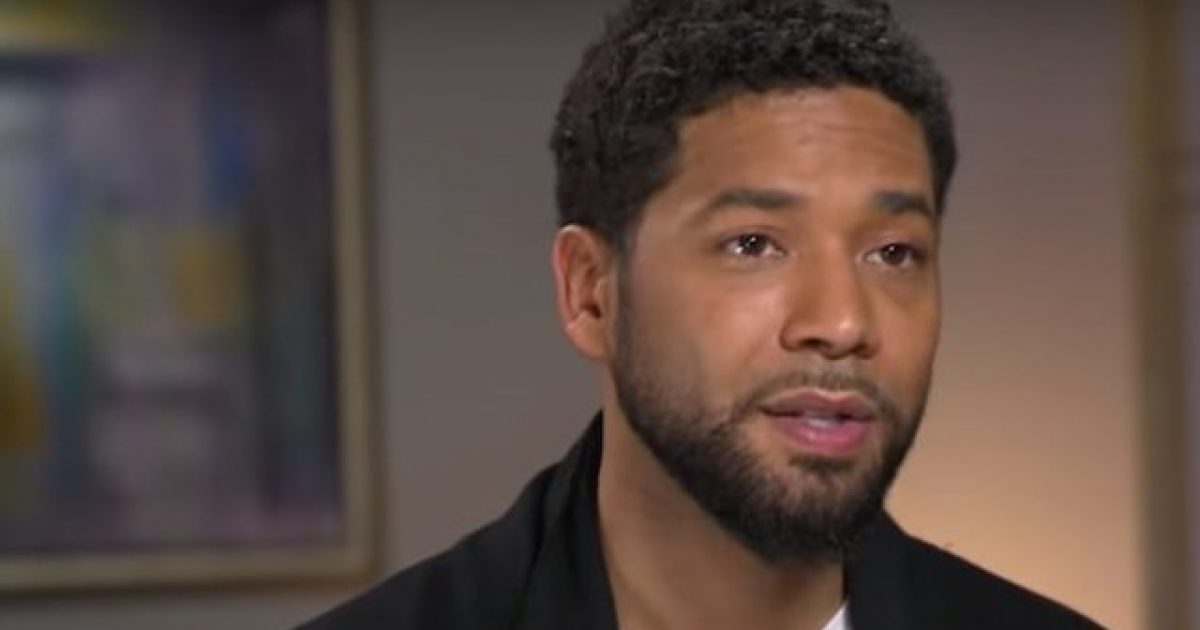 Well it seems the whole trainwreck of a situation with “Empire” actor Jussie Smollett and the mysterious case of the “hate crime” hoax is continuing on and on.

Now it seems Smollett is refusing to pay to reimburse police costs related to the case, so now the city of Chicago is filing a civil suit against him.

This is never going to end, is it?

Chicago’s ABC affiliate reports that the city’s Law Department has filed a complaint requesting damages in the amount of $130,106.15. A spokesperson for the Law Department told ABC7 that the lawsuit “pursues the full measure of damages allowed under the false statements ordinance. This follows his refusal to reimburse the City of Chicago for the cost of police overtime spent investigating his false police report on January 29, 2019.”

The Cook County State’s Attorney’s office dropped 17 charges against Smollett stemming from the January 29, 2019 incident, in which Smollett says he was attacked by two Donald Trump supporters on his way home from getting a sandwich at a nearby Subway sandwich shop around 2 a.m. Initially, Smollett was charged with one count of filing a false police report, but a grand jury added an additional 16 counts — one for each lie they believe Smollett told investigators over the course of two separate interviews.

Smollett was allowed to walk free on a “modified plea bargain” that allowed him to avoid trial by serving 16 hours of community service and forfeiting a $10,000 bond. Smollett was not required to admit responsibility as part of the deal with prosecutors, and has since claimed innocence of all charges. The State’s Attorney’s office, which has faced a wave of criticism over the Smollett case, maintains that the deal does not, in fact, absolve Smollett.

Chicago’s Law Department issued an official request for over $130,000 to pay for the costs of investigating the “hate crime.” This isn’t unreasonable at all since he wasted precious resources and time that could’ve been used on solving actual, legitimate crimes.

Smollett’s lawyers were miffed about the request and claimed it was Smollett himself who deserved to receive an apology. So the guy wastes time, energy, and manpower of the police department on what appears to be a hoax, and he thinks he’s the one who needs an apology?

Delusional is the word that comes to mind.

Smollett obviously has connections in order to get off the hook with 16 felony charges hanging over his head, and yet, the fact he’s not going to jail when he absolutely should be, wasn’t enough to humble him.

He needs to pay the fee and just get over it already.