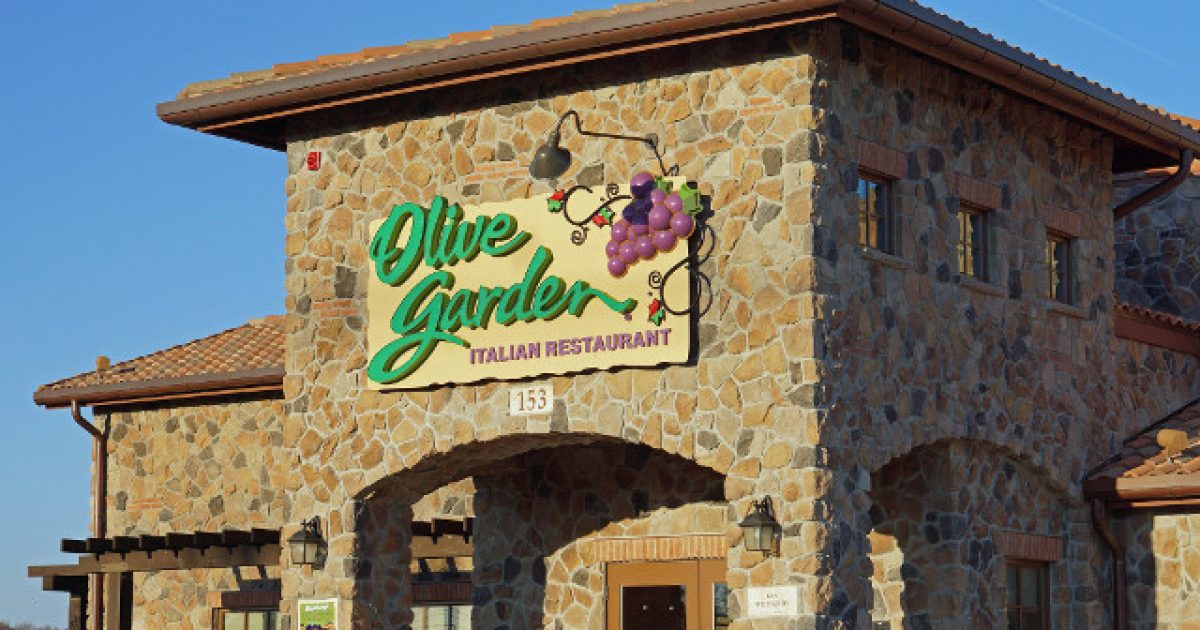 You know how you know you live in a litigious society full of wackadoos who will literally sue you at the drop of a hat?

When they injure themselves by ignoring common sense and attempt to take you to court over it. We hear this sort of thing all the time. You know, those morons who sue McDonald’s for their coffee being too hot?

Well, a woman from Texas is joining their ranks as she’s suing Oliver Garden for burning herself on hot, stuffed mushrooms.

According to Danny Howard, the woman involved in the case, the incident is responsible for starting a long chain of medical mishaps.

She ordered the stuffed mushrooms appetizer, and when they arrived, she took a bite. They were apparently extremely hot — something Howard complained the restaurant did not inform her about.

The suit said that there was “no admonishment or warning” that the appetizers were “particularly hot or carried the risk to cause severe burns.”

“The stuffed mushrooms in question were defective and unsafe for their intended purposes at the time,” a statement read, according to the station.

Howard reportedly began to choke on the mushrooms, unable to breathe or speak. She hopped out of her seat and “frantically shuffled through the restaurant in need of help” and wound up vomiting at the kitchen station. In the course of her vomiting, she “dislodged the burning mushroom.”

Howard then left the restaurant and headed home. Sometime later she decided that she needed some sort of medical treatment and visited a local emergency room. On the way, she claims her throat began to close and called 911 believing her “death was imminent,” fearing she would suffocate.

Howard was taken to Harris Methodist Hospital in Fort Worth, then care flight took her to Parkland Hospital’s Burn Unit in the city of Dallas.

Howard’s suit, filed on March 8 at the Tarrant County District Court, points the finger at the restaurant, alleging they exhibited negligence by not warning her about the temperature of the mushrooms.

Look, it’s terrible this woman went through such a horrific ordeal, but suing someone else over something that’s clearly her fault is ridiculous to say the least.

Is Howard a grown adult or a child? No grown adult needs to be told their food is hot prior to shoveling it down their gullet. You test your own food first to make sure it’s a safe temperature. This is a no-brainer.

It’s absolutely mind-blowing how much people try to avoid taking responsibility for themselves and for their own actions these days. Lord help us all.